Cultural tolerance proves to be limited 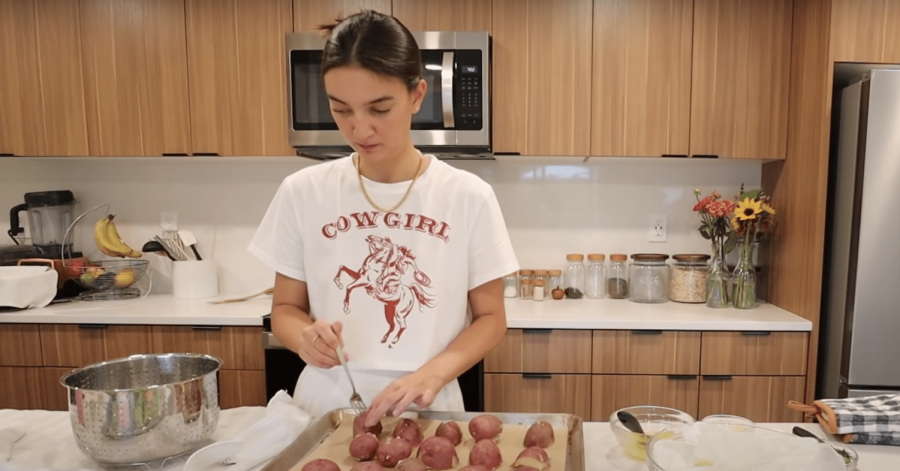 “I feel like she’s filmed this from the future when we start to grow food on other planets” — a fairly simple, harmless comment left on the TikTok of Emily Mariko, a “lifestyle influencer” sharing a video of her preparing food for Japanese New Year.

After another scroll down the comments section, another user commented:

“I don’t think even she knows what she’s making at this point.”

The list goes on. What could be considered seemingly harmless truly displays the surface level of xenophobia and “otherness” experienced by East Asian Americans. The content of the video contained nothing more than cooking with traditional Japanese delicacies, like fish cakes, datemaki and other foods that hold different symbolizations to ring in the new year.

For some, the food is unfamiliar — understandably so, due to the cultural barrier — but this unfamiliarity has yielded a space to be downright disrespectful to aspects of culture that are different from what is considered “normal.”

Emily Mariko is a half-Japanese individual whose videos focus on promoting a healthy and visually aesthetic lifestyle. For the most part, Mariko’s videos consist of silent cleaning, cooking preparation and lifestyle guides — videos which generally exist within the bubble of “normal” American cultural standards.

There was a noticeable shift in Mariko’s content with the approach of the Japanese New Year, akin to Lunar New Year — a holiday celebrated by a majority of eastern and southeastern Asian countries — as Mariko shared a glimpse into the traditions in which she partakes. For many, the extent of “acceptance” towards a culture that is different was reached when Mariko began sharing traditions beyond the accepted foods of “salmon and kewpie mayo.”

Mariko grew to fame for her salmon and rice bowls, bringing to mainstream media the ingredient known as kewpie mayo, a Japanese mayonnaise that is a component of many East Asian dishes. This dish took the world by storm, as people of all different backgrounds reveled in the deliciousness of the dish.

However, it seems that tolerance towards other cultures extended only as far as the condiment. This builds towards a phenomenon that many Asian Americans face, which is that there is a limit to how much culture can be expressed and accepted in America. Americanized and accepted East Asian foods including but not limited to Hibachi dishes, sushi rolls — but not the ones with raw fish or “weird additions” — and crab rangoons. It appears that any dish that goes beyond the confines of American familiarity is ostracized and labeled as “other-worldly” and “weird” — acts that lend to xenophobic tendencies.

I have personally experienced this phenomenon on a daily basis. Growing up, I frequently worked at my family’s restaurant — a Japanese establishment — where I continually heard various remarks about the food options:

“What the f*** is udon? I want the regular lo mein noodles” — because the word udon was too different, no inquiry into the component of the noodle — only a conclusion drawn based on the word.

“You guys have sushi rolls?” — followed by an examination of the rolls we have available and then, “Ew. Why do you have a roll called Spider Roll? Is there raw fish in that? That’s nasty.” That customer proceeded to order the California roll, which is the most culturally accepted and recognized sushi roll in American culture.

Despite these remarks and the comments left on Mariko’s post, I still feel a sense of pride in seeing Mariko bring traditional East Asian dishes to mainstream media. Mariko’s fanbase is quite vast and her videos exist in the genre of American upper-class lifestyle and popularity that draws on American culture and influence. As a result, her fanbase presumably differs from another Asian American lifestyle TikToker who has a smaller, niche fanbase that focuses on sharing traditional East Asian dishes. This is why Mariko’s decision to share aspects of her culture is a big step to bringing awareness of cultural differences into the spotlight of popular culture in America.

There have been many critiques from niche and small content creators on Mariko’s rise to popularity and questions as to the appeal of her content, but  I am glad that Mariko is using use her platform and her popularity to share parts of her life that don’t normally exist in American popular culture.