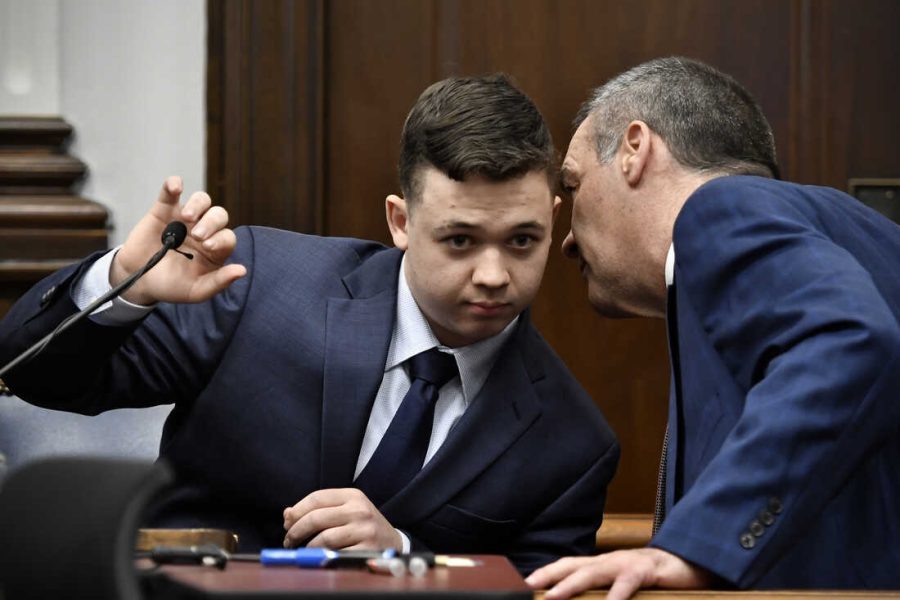 Cases like the Kyle Rittenhouse trial underscore the need for increased discipline of prosecutors.

In a viral clip that made national headlines last fall, Kenosha County Circuit Court Judge Bruce Schroeder strongly admonished Assistant District Attorney Thomas Binger for his cross-examination of Kyle Rittenhouse, who was on trial for a number of murder charges. Rittenhouse’s defense team claimed that the prosecution was attempting to provoke a mistrial by disregarding pretrial evidentiary rulings and questioning Rittenhouse on his post-arrest silence. Ultimately, Schroeder’s actions proved unsuccessful, and Rittenhouse walked on all charges. Although this exception was dealt with, prosecutorial misconduct is not always held in check.

Take the recent exonerations of Muhammad A. Aziz and Khalil Islam, who each spent over 20 years in prison after being falsely convicted of killing Malcolm X. After fielding complaints about the state’s conduct, the Manhattan District Attorney’s Office investigated the case and found that the FBI and the New York Police Department had both withheld evidence from defense attorneys that would have likely led to the acquittal of both men. These recent examples of prosecutorial misconduct raise a seemingly timeless question among reform advocates — do prosecutors deserve absolute immunity from their conduct at trial?

The United States Supreme Court took up this question in Imbler v. Pachtman. Imbler, who had been convicted of murder, claimed in a civil suit that Los Angeles Deputy District Attorney Richard Pachtman knowingly used false testimony and suppressed material evidence at his trial. Imbler’s suit was dismissed by the U.S. District Court and the Supreme Court affirmed the dismissal. The central question of the case was whether the Civil Rights Act of 1871 — which subjects all public officials to liability for violating a citizen’s civil rights — shields prosecutors from liability for purported civil rights violations.

Despite this, not all public officials can be sued for a redress of grievances. Judges and legislators, for instance, generally receive absolute immunity when acting within the course of their duties as public officials. Accordingly, the Supreme Court read the section 1983 statute of the aforementioned Civil Rights Act to be in harmony with general tort immunity. As such, the Supreme Court ruled that prosecutors have absolute immunity — and so cannot be sued — for misconduct related to their advocacy in the courtroom. Those who defend the ruling — as the court did — claim that prosecutors would be distracted from their duties as public officials if they were subject to frivolous lawsuits for otherwise proper conduct. Proponents of prosecutorial immunity also contend that attorneys may refuse to take up a case in fear that the accused will file retributive litigation at the conclusion of a trial — regardless of whether the claim has merit.

Those opposed to the protections afforded to prosecutors generally argue that the absence of regulatory barriers has allowed the state to use unethical — and perhaps even illegal — trial tactics to wreak unwarranted damage on the rights of the accused. These scholars further suggest that district attorneys in particular are incentivized to wrack up as many convictions as possible in an effort to get reelected. It is concerning that the vast majority of both state and federal cases are settled by plea bargains. There are few enforcement mechanisms to protect the accused from prosecutorial misconduct behind closed doors.

In response to these concerns, some counter that voters will take note of prosecutorial misconduct and that state bars can discipline attorneys for unethical behavior. However, a report published in 2003 by the Center for Public Integrity found that of the “2,012 cases across the United States since 1970 in which a judge reversed a conviction, reduced a sentence or dismissed charges … because of prosecutorial misconduct … only 44 cases …resulted in any kind of disciplinary review of the prosecutor.”

With these concerns in mind, it is tempting to call for a strict reexamination of the checks and balances in our judicial system. Some have spent twenty, thirty, even sixty years in prison for crimes they did not commit due to dishonest, negligent, and even malicious officers of the court. While reform is certainly needed, an abrogation of absolute immunity would not create a better or more efficient legal system. Pragmatic reforms, such as installing a governmental regulatory agency with broad oversight capabilities, seem far more beneficial than discarding immunity altogether. Strengthening the power of regulatory agencies will help prevent the state from withholding and tampering with evidence or making false or prejudicial statements during trial. In seeking courtroom justice, let us not discard efficiency, and in seeking courtroom efficiency, let us not discard justice.