“Guys” conveys the feeling of friendship

The 1975 capture the exuberance of friendship in formative track 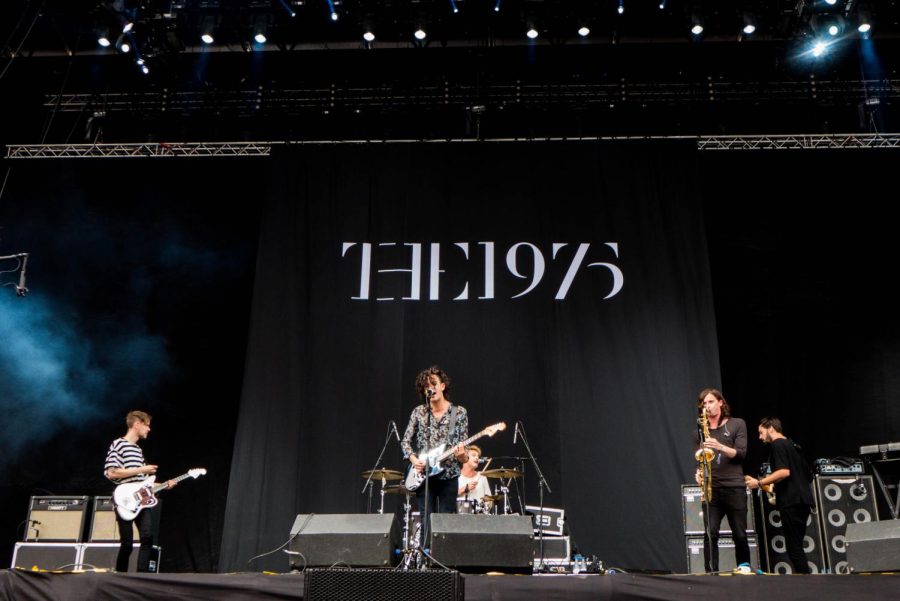 There is no song that encapsulates the essence of friendship better than “Guys” by The 1975. The song comes from the band’s 2020 album, “Notes On a Conditional Form”. With lyrics like, “Yeah, the moment that we started a band / Was the best thing that ever happened,” lead singer Matty Healy expresses gratitude towards the band and the amazing times they have spent together over the years.

I feel that the song has come to hold a special place in my heart. I closely associate “Guys” with some of my best friends and memories.

It was the anthem of my 2020 summer. That season was filled with memories of cruising down empty backroads with my hand out the car window and my curls blowing in the warm, summer air.

These memories come to mind when I listen to “Guys”. It sounds like the same rush of pure joy I felt hugging my best friend after spending over two months in quarantine. It feels like dancing in my bedroom mirror while getting ready to celebrate my — socially distanced — high school graduation ceremony.

The song continues to create a nostalgic feeling, and it often makes me think of how lucky I am to have the friends that I do.

“Guys” also serves as a personal reminder to be grateful for the amazing people that surround me. “You guys are the best thing that ever happened to me” is a lyric that really resonates with me. In that time period when I was listening to this song on loop, I was constantly longing to see my friends in person once again.

In the song, Healy sings, “They were the golden times / They were the best of my life” which I think once again emphasizes the value of time spent with the people I love most. I look back on the summer of 2020 as “the golden age” because I could finally reunite with my best friends after so much time apart.

“Guys” is a call to my future, the memories I have yet to make and the good times still to come. While I rarely hear the song out in public, at the beginning of last semester I heard it playing in Camino while getting coffee. I considered it a sign that a great semester lay ahead — and it did.

I have a tendency to play this song at the beginning of so-called new chapters in my life.

I listen to “Guys” on airplanes as I romanticize my life while looking out at the clouds — or when I’m out driving as the sun sets. “Guys” is a song that has become the soundtrack for different people in my life, as if our memories could flash by like album covers.

I will always play “Guys” as a mood booster, and it will never fail to motivate me. At the end of the song, Healy says “I wish we could do it again,” which makes me think about past moments I would like to relive, but also about living in the present. I want to spend every second I can with my friends in college as well as at home because I know that I’m still currently living some of my “golden days”. I know that one day, I will remember these moments fondly and wish that I could do it all over again, just as I have done now while reflecting on the abundance of memories associated with “Guys”.