The criminal justice expert will assume her new position at William & Mary on July 1, 2022 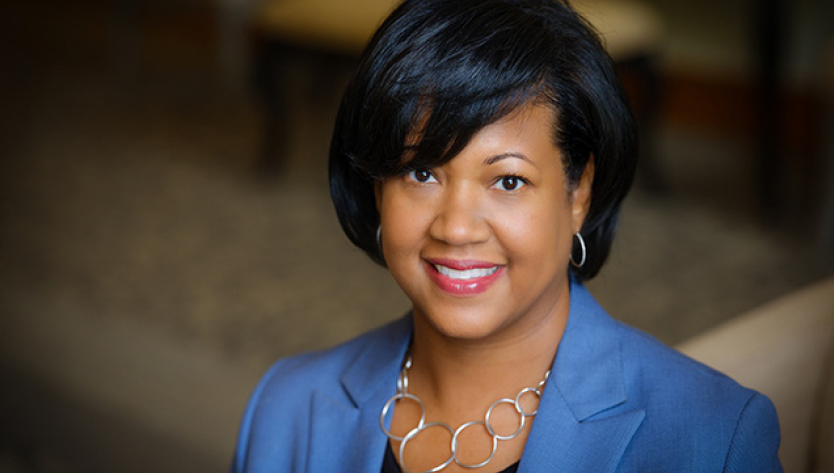 Criminal justice expert, School of Law professor and Vice Provost Kami Chavis ends her 15-year-long career at Wake Forest and will undertake a new role at William & Mary on July 1.

Criminal justice expert, professor in the School of Law and Vice Provost Kami Chavis will conclude her 15-year career at Wake Forest University and assume her new role as the R. Hugh and Nolie Haynes Professor of Law at William & Mary on July 1, 2022.

For many, including School of Law Dean Jaine Aiken, Chavis’ departure is rather “bittersweet.”

“This is a fantastic opportunity for her to continue her wonderful work,” Aiken said. “She was chosen from all the faculty in the country to fill this role. That is a signal of her enormous talent.”

Aiken continued: “It also confirms what a significant loss her departure is for the law school and indeed for the whole of Wake Forest University.”

Chavis founded and directed the Center for Criminal Justice Policy and Reform at Wake Forest. According to a Wake Forest News press release, Chavis “taught courses related to criminal law, criminal procedure, policing and prosecutorial accountability and the law of policing. Her research focuses on a variety of criminal justice issues, such as police and prosecutorial accountability, law enforcement and technology, federal hate crimes legislation and enforcement, racial profiling and bias in jury selection.”

Provost and colleague Rogan Kersh described some of her influential work.

“Kami is both a superb law school faculty colleague and a vital member of the senior administration,” Kersh said. “As Vice Provost, she has worked on a wide range of important university matters, including enhancing online education, coordinating the university’s civic engagement efforts, leading the Slavery, Race, & Memory Project as well as supervising Wake Forest offices including Title IX, the Center for the Advancement of Teaching and the Humanities Institute.”

He continued: “Vice Provost Chavis also served as a member of the Deans’ Council, helping manage a wide range of University activities related to teaching, learning, research and discovery.”

Her most notable legacy though, according to Kersh, is not only her impact on students in the classroom but also upon the esteem of the university.

“As a faculty member, Vice Provost Chavis’s notable legacy is the many law students who flocked to her classes, especially those on criminal justice topics,” Kersh said. “Her national reputation as an expert — regularly appearing in national media outlets — on race, policing and other issues of social and criminal justice has meaningfully enhanced the national visibility of Wake Forest researchers.”

She continued: “Wake Forest and policymakers all over the country have benefited tremendously from her expertise.”

Chavis’ scholarship, according to the news release, appeared in many legal journals, with some shorter works appearing in notable news outlets such as The New York Times and USA Today. In addition, she often submits to national and international media outlets and has appeared on CNN, MSNBC, CTV and NPR — all of which garnered Chavis the “national reputation” Kersh noted.

In addition — according to the news release — prior to working at Wake Forest, Chavis served as an assistant United States attorney in Washington, D.C.

Chavis’ colleagues and students have absolute confidence in all of her future endeavors.

“We wish her well and look forward to all that we know she will go on to accomplish,” Aiken said.