“Our house shook with the explosion:” Students evacuate in aftermath of local fire

Students fled toward hotels and South Campus after a fire at a local fertilizer factory. 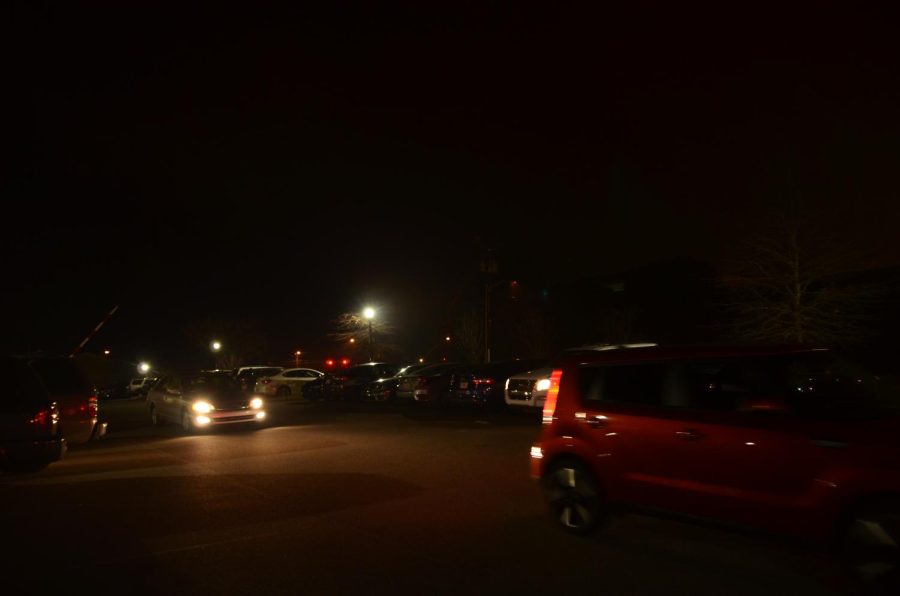 Late Monday night, in the aftermath of a fertilizer plant explosion on the 4400 block of N. Cherry Street, the Winston-Salem Fire Department issued a request that those within a one-mile radius — an area which includes Wake Forest residences at Deacon Place — voluntarily evacuate the area. This request will last until 11 p.m. Wednesday night.

At 10:14 p.m., amidst mounting rumors of a campus-wide evacuation, Wake Forest police informed the Old Gold & Black that no dorms on the Reynolda Campus were being evacuated. Eight minutes later, the university confirmed this fact in an email to the community, in addition to sharing an Apple Maps graphic of the evacuation zone which included Deacon Place.

Student Body President Ally Swartzberg, in a statement to the Old Gold & Black, urged students to use caution.

“The situation is developing, but I would highly encourage everyone to use their best judgment to remain safe tonight,” Swartzberg said. “The city is advising caution for the next 48 hours. At this point, our campus is deemed a safe distance from the site of the fire. Updates on classes [will be] coming shortly. I will be available via email or phone.”

Just after midnight on Feb. 1, the university announced by email that Tuesday’s classes would be canceled and provided instruction to students.

“Students on campus or living outside of the one-mile radius are encouraged to stay indoors and keep their windows closed,” the email said.

Some students living in Deacon Place opted to follow the Fire Department’s guidance and relocate either to a hotel or to on-campus shelter locations such as Benson University Center, the Z. Smith Reynolds (ZSR) Library or the Wellbeing Center. The Wellbeing Center is currently providing sleeping bags, according to Aidan Walter, operations coordinator at the gym.

“We are going to be open the rest of the night,” Walter said. “We have sleeping bags that students can use, but we have the Sutton Gym set up. We have a couple of students here. The email just went out saying that the student support center is temporarily set up.”

“The lack of communication is appalling – I understand the need to make sure that a plan is in place before sending out preliminary details, but the fact that it took Wake two hours to tell us to make sure our windows are closed is outrageous,” said a North Campus resident adviser who wished to remain anonymous. “Any communication saying plans have yet to be constructed would be better than no word at all from the administration.”

Students sheltering in the Benson University Center also expressed their disappointment with the university’s messaging regarding the fire.

“It’s frustrating sitting here wondering what’s going on. My friend and I live less than a mile away from the fire,” said a senior who wished to remain anonymous. “Our house shook with the explosion.”

“It’s not like they could have predicted it would happen,” said an anonymous junior sheltering in Benson, “but they’ve been pretty vague with the messaging, with the whole ‘voluntary evacuation’ thing.”

The Old Gold & Black also caught up with students who were in the process of evacuating from Deacon Place.

“Our parents wanted us to be safe,” said another anonymous junior who was preparing to go to a hotel for the night. “We’ve all been standing around trying to figure out what to do.”

Someone in the same car, also a junior, added: “I wish we’d gotten a bit more information.”

Others were confident in the university’s response. When asked about his reason for leaving his residence at Deacon Place, senior Kyle McBrearty responded that he was motivated “out of caution”.

“I feel confident in the decision of the university to evacuate students,” said McBrearty. “They got their information from the city of Winston-Salem.”

This is a breaking story, and the Old Gold & Black will be working diligently to provide updates as information becomes available.