Amidst backlash, university cancels classes for the remainder of the week

Make-up days for the four class days missed will be announced at a later date. 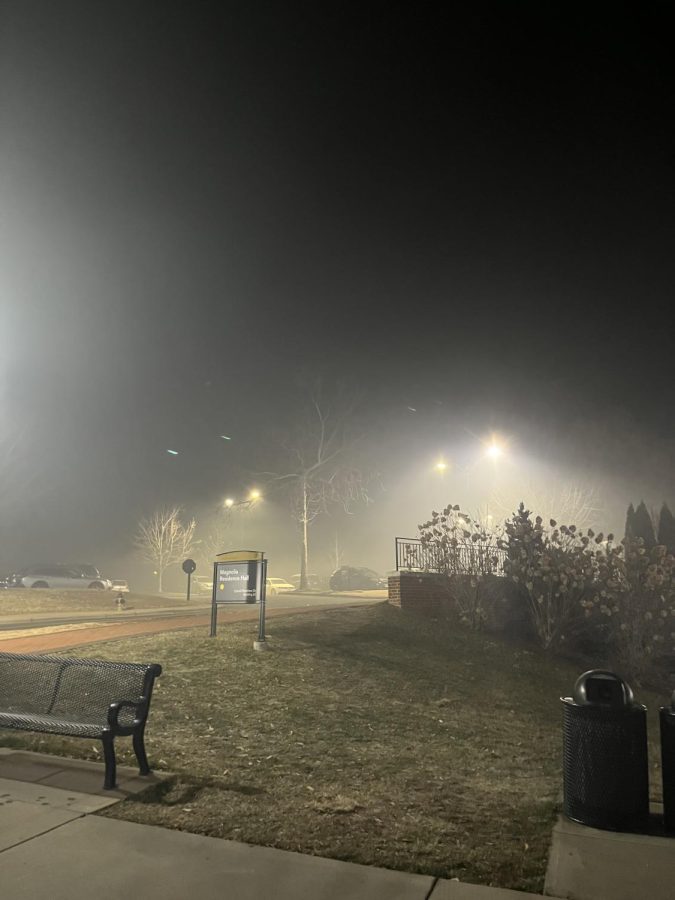 Smoke concerns remain as the fire at Weaver Fertilizer plant continues to burn.

The earlier announcement was made via Wake Alert just minutes after Winston-Salem Fire Chief William “Trey” Mayo advised that those living within the one-mile radius of the Weaver Fertilizer Plant should not return to their homes tonight.

The initial Wake Alert email said the decision was made “based on updated safety information from emergency responders and city officials”.

Students immediately expressed outrage, creating a petition for the administration to reverse their decision. By 6 p.m., over 5,000 people had signed the petition.

The university’s prior decision came as a surprise for most students, including freshman Anna Jones.

“I was just disappointed, honestly, that they would continue classes when people are still supposed to be evacuated from their homes,”  Jones said. “My sister lives within the one-mile radius and cannot go back to her house. It’s kind of shocking.”

Jones has a preexisting medical condition called Chronic Idiopathic Urticaria (CIU). Although the condition has a large potential of external factors, Jones indicated that the air quality had caused a dramatic increase in her symptoms.

“I was outside for a short time, going to my dorm to get stuff and then coming back out to my sister’s car, and I developed hives,” Jones said. “I had pretty much gotten [my condition] under control with monthly shots, and it doesn’t flare up unless there’s a really strong irritant.”

Like Jones, sophomore Anabelle Hessong was also surprised by the university’s announcement, and she felt an online modality may have been appropriate.  Hessong struggles with asthma and felt as if the university was not considerate of students with respiratory conditions in making their decision to hold class in person.

“I’m glad they canceled classes,” Hessong said. “I would not have minded if we had Zoom classes because they were so quick to have online classes when it snowed.”

She continued: “As a person with asthma, I’ve already struggled in the past to feel like the university can be accommodating with my health. I was frustrated with the initial decision to have in-person classes because walking to class can already be difficult for me, so the fact that there was air pollution and they were making us walk to class made me a little uncomfortable.”

“Local news officials were saying that if you are in the sensitive category you should not be outside at all,” Hessong said. “That made me wonder where the university was getting their information since I was being told from other sources that it was not safe to be outside. That was stressful.”

Another student who lives in South Campus also experienced health effects that were induced by her asthma.

“Yesterday when I was walking from Babcock Hall to the Pit, my asthma was aggravated and I could not stop coughing due to the air quality for multiple minutes,” said freshman Georgia-Kathryn Duncan. “I had coughing fits throughout my time on campus. The air puts me at risk of an asthma attack.”

In addition, many students thought in-person classes would cause more stress and inconvenience for those who have been displaced.

“I feel like there are so many people displaced; for example, I was sleeping at a hotel 25 minutes away in Clemmons,” said an anonymous sophomore. “My friend who I was there with is still there because their room was filled with the smell of smoke. I feel like it’s really unfair for those people to have to be based on campus, to have classes and not be able to go back to their hotels.”

An anonymous junior agreed and thought it would be a poor decision to resume in-person classes.

“I believe it’s not wise to have class tomorrow because there are people who are still evacuated and haven’t been able to take a good shower or take time to decompress from everything that’s going on,” the junior said. “So to throw us into in-person classes is ridiculous. I feel like we should do it virtually, if that.”

Initially, regardless of the university’s original decision, many professors used their own judgment to make class attendance strictly voluntary, either through a Zoom modality or canceled altogether.

Under the previous decision to hold classes in person, some students would have attended classes on the border of the evacuation radius, such as those in Anthropology 111, which is held in Piccolo Residence Hall.

According to Wake Alert, the university is actively working to support those affected by the voluntary evacuation. For those who do not currently have access to their living space or belongings, ZSR Library has public computing stations and Chromebooks that can be checked out by students as well as lockers for students to store their belongings.

The Reynolda campus remains open with all administrative and student support offices still operating. Scheduled campus activities are allowed to continue at the discretion of event organizers.

Ticketing for on-campus parking has been suspended until Monday, Feb. 7, but students are advised not to park in handicap or fire lane spots. For updates on dining services, students should follow @deacondining on Instagram.

Information on make-up school days is forthcoming from the Provost and academic deans.