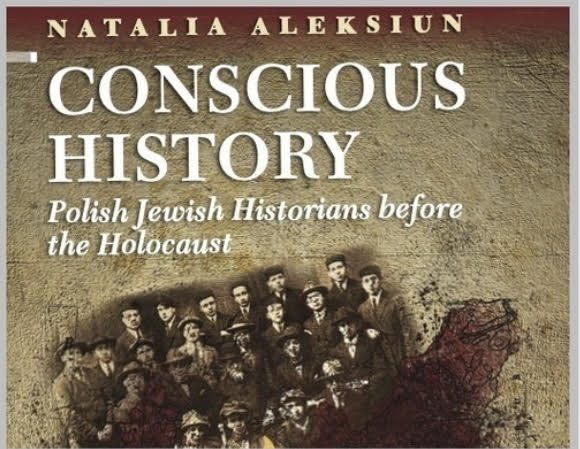 “Some 35 years ago, when I began my research on the history of Jews in Poland, I was one of the very few, and maybe even in some ways the only scholar who dealt with this subject matter,” the quote read.

Aleksiun presented research on her new work, “Conscious History: Polish Jewish Historians Before the Holocaust”, in which she highlights collective biographies and scholarship of members of a cohort Balaban founded, which became active during the interwar period.

Per Aleksiun’s lecture, after Poland gained independence in 1918, rising nationalism and antisemitism made the Polish political system hostile for Jews. Consequently, Jewish representation in academic posts was slim to none, and the integral role of Jews in Polish history was not taught.

A group of Jewish university-trained intellectuals in Warsaw began to spread Jewish Polish history outside of universities and created their own publications. By highlighting the roles played by Jews for Poland’s independence, these historians create a community aware of its achievements, past and current place in society.

One such historian that Aleksiun’s lecture featured was Emanuel Ringelblum, who is known for his archive of information from the Warsaw ghetto Oyneg Shabes. Ringelblum came of age in the 1920s and wrote his doctoral thesis about Jewish history in Warsaw during the Middle Ages. His academic work before the war ­— which encouraged documentation of Jewish experiences — inspired this archive.

Aleksiun also shed light on the life of Filip Friedman, who wrote extensively on the Jewish struggle for emancipation in Galicia, Spain as well as the social and economic history of Jews living in Lwow, Ukraine. Friedman continued his historical scholarship through World War II, documenting Nazi war crimes. He survived the Holocaust and proposed a judeo-centric view of writing about the Holocaust where Jews rather than Nazis play a central role.

Aleksiun also acknowledged the significant role women played in this cohort. One of these notable women was Sara Ajzensztejn, who wrote her doctoral thesis on the history of Jewish women in Poland during the 16th and 17th centuries. Ajzenzstejn advocated for the importance of studying women in Polish Jewish history.

“I very much appreciate Aleksiun’s finding that as many as one-third of the historians whose work she uncovered were Jewish women,” Dr. Barry Trachtenberg, the Rubin presidential chair of Jewish history at Wake Forest, said. “It is a very useful reminder that although men dominated the profession, the field was much more diverse and inclusive than we might otherwise expect.”

The cohort of scholars Aleksiun featured in her lecture also used Jewish history as a political tool to counter the increase of antisemitism during the interwar period. Trachtenburg also took note of this profound outlook of the cohort.

“What strikes me as innovative about Aleksiun’s talk was the optimism that so many Polish Jewish historians had about the potential for historical research to shape the future of Polish society into one that would be inclusive of its minority Jewish population,” Trachtenburg said. “They refused to give up hope in the possibility that Jews would be recognized as full participants in Polish society, even in the face of growing anti-Jewish hatred in sectors of the country.”

Overall, Alkesiun’s International Holocaust Remembrance Day lecture highlighted how her research is bringing unknown historians to light, finally recognizing them for their contributions to the study of Jewish life in Poland.

“I hope to add to the conversation about the extremely vibrant Jewish community,” Dr. Aleksiun said in a post-lecture interview. “I want people to think about Jewish history not only through the lense of the Holocaust and the fate that befell them but also to highlight what they were building before the war.”