A look into the life of Wake Forest's student body president. 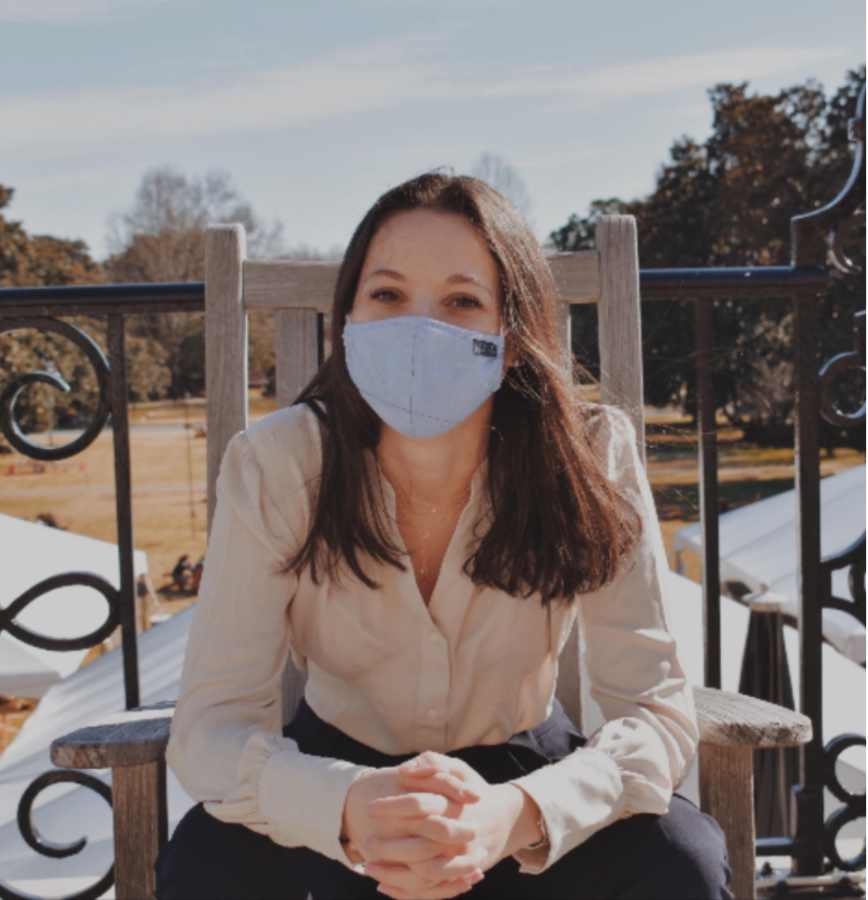 Ally Swartzberg has served as president throughout numerous crises.

Ally Swartzberg is a senior from Franklin Lakes, New Jersey who is an anthropology and politics double major. She was elected as Wake Forest University’s student body president last March after serving as the speaker of the house. As president, she serves on a number of University committees and regularly works with peer leaders across campus spaces.

What made you want to run for student body president?

I treated every position I ran for student government as a position that I would get elected to if people thought I was the right person. I went at it from the perspective that as long as I was the right person to do it, people would vote for me, and when somebody else better came along or was more right for that time, they would vote for them, and I would support whoever that person would be.

With that, I became really engaged in diversity and inclusion on campus, as well as a lot of the conversations surrounding sexual violence early on as a sophomore. This was always a big labor of love for me. Then, I ran for speaker of the house while we were all home for COVID-19 because I could see that there were a lot of differences in how certain committees were functioning versus others. I felt like having someone who had a good grasp on different areas of campus and being surrounded by a lot of people would help to get everyone on the same wavelength. So, that’s why I ran for speaker.

While I was speaker, I got exposed to a ton of the higher-level conversations going on, particularly because I happened to be speaker when President Hatch was retiring during a global pandemic. I already had a background in Diversity and Inclusion. Based on all of that, I realized that I had a pretty unique set of skills and exposures from the previous roles I had, and I realized that this was going to be a really hard transition year for our community.

What are your biggest goals/hopes for the student body? How do you hope to accomplish them as president?

My number one project remains to have a campus climate survey get deployed to assess sexual violence perpetration on campus. This has been a big collaboration between student government and student leadership. We have a whole committee of student leaders from across campus that is co-chaired by two student government members. The basic idea is that you cannot combat sexual violence if you cannot quantify and qualify how and where it’s happening, right? Unfortunately, I will graduate before I get to see what comes of the data from this survey, but I’m very happy to be graduating knowing that that has at least gone out.

Another big thing that I would flag is that Wake Forest feels very much like a home to many students. But for some people, particularly people in marginalized identities or from different socioeconomic backgrounds, Wake Forest can feel like a very intense, intimidating and unwelcoming environment. So, I’ve worked a lot with student leaders from different areas of campus to try to think of things, such as space allocation, representation on university-level committees and access to funding to try to make it so that those differences are less salient and so that more students have a positive experience on campus. However, that’s something that I wouldn’t at all take the credit for achieving. I don’t even think it’s achieved at this point, but it’s something that’s always been a priority of mine.

A third goal is obviously, mental health on campus. I know we’re bringing Timely Care to campus and we’ve had a pretty strong relationship with the UCC trying to get better access to mental health care on campus. It has been a long journey to that point, though.

What are the biggest challenges of having such an important role on campus?

The first challenge is pretty obvious — time. There are around 5,500 students, roughly, and there’s one of me. I frequently have students emailing me or DMing me on social media wanting to talk about an experience they had that was troubling or something they noticed on campus. Being able to manage being a full-time student and having your meetings with administrators, but also being very present for the student body is a difficult balance to strike.

It’s also a position that has a stipend, which shouldn’t be a secret, but it’s a very small stipend of $1,700 for the year. If you break it down by weeks in the semester, it’s about $50 a week. I quit my part-time job last semester, but I didn’t have another way of making up that income, because I didn’t have time because I was doing presidential stuff. I’m fortunate that I had enough savings from my summer job that I could afford to do that, but with the time constraints and trying to focus on your classes, it does create an accessibility barrier to the position of president.

What has made your presidency different from past student body presidents?

I definitely think the most obvious and most salient difference is having not just a new university president but also a new vice president for campus life. I take that, coupled with the fact that except for the seniors, there aren’t any students left on campus who had a full year of college before the pandemic hit, as a major difference. We have a lot of students who missed out on a lot of experiences, and who have had fewer opportunities for leadership development.

I spend a lot more time communicating with the president and her staff. I’m helping them to think about the implications of things that are about to happen just because I’ve experienced more of Wake. I meet with President Wente every month on my own and then I also meet with her every month with my whole executive team. I think that the most different thing is definitely the lack of people who have lived experiences at Wake Forest.

What advice would you give to any student hoping to get involved in leadership positions like student government and student body president?

I think first would be to be kind to yourself. I’m saying this because I wish somebody had said it to me before. There are moments that are going to be really, really hard in any leadership position, and some say the true mark of leadership is having to make a decision without full information and being confident in that decision. When that is the case, it’s really easy to feel like you’re doing something wrong because you feel anxious about it or upset because it didn’t go exactly how you wanted it to, and you feel like everyone else who had the job before you looked like they just did it perfectly and easily.

The reality is, I would imagine that probably any person that’s had a high level leadership position has cried behind closed doors or called their mom really stressed. You just don’t see it. I want people to know that if you have a moment that’s really hard, and you’re crying behind closed doors, that everyone who had that job before you did, too, and it’s okay. And it doesn’t mean you’re any lesser a leader.

On the pragmatic side, clear expectations for yourself that you’re not going to be able to do everything to its full extent because you’re still learning valuable skills. Be aware of what’s going to happen and be okay with it. When it doesn’t all go perfectly, be kind to yourself and also understand some of that is bound to happen, it’s happened to everyone before you and it’s okay. That shouldn’t stop you from feeling like you’re doing a good job.