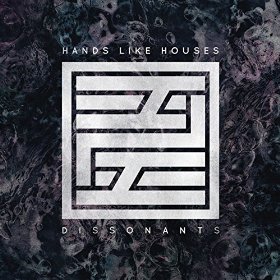 Australian band Hands Like Houses releases their third studio album, a 12-track compilation entitled Dissonants, at the end of this month, Feb. 26.

The themes include human-societal relationships, especially those concerning sameness and conformity.

As insinuated by straightforward, simple and literal the production title, this work emphasizes a dire need for variance and boundary-breaking, provoking the listener to predict an album that pursues a more or less discordant instrumentation.

Contrary to whatever expectations the title may elicit, I actually feel that the album maintains a basically cohesive sound, which certainly functions as a unifying element.

In particular moments, however, this homogeneity becomes somewhat worn-out and hinders the album’s overall energy as opposed to heightening its harmony. There are a number of songs which, when placed in immediate succession of one another, maintain a structure that becomes predictable enough that it begins to meld into gray noise — an ironic observation when considering the conceptual motivation of the track “Colourblind.”

In considering the band’s overall campaign to protest the maddening and continuous worldly process of difference being reduced to sameness,  I feel that the genre-established institution of how an alternative rock song “should” be structured could additionally be challenged.

Some songs did this more successfully. For example, the intro to “Degrees of Separation” struck me as a quite necessary breath of fresh air, and “Momentary” feels divergent enough that it could have even come from a separate production entirely.

Inserting an instrumental intro or outro could have been really strong for this album as well.

And if I were to make a playlist using these tracks, I would definitely pair them with such. In terms of the strongest songs, I would select “I Am,” “Colourblind” (music video released), “Momentary.” “Division Symbols” is arguably the strongest overall, not only in title and lyricism but instrumentation, as well.

The overall style which reminds me of groups like From Indian Lakes, Anberlin and Caspian is constructed mainly as a communication between tight, fast-paced drumlines and metallic-sounding electric guitar with clean vocals from frontman Trenton Woodley. This album is a strong representation of modern experimental or alternative rock and further develops within the genre an idea of music functioning as a method of liberating the hyper-humanized individual in its context of a homogenous, indifferent universe.

When listened to in solitude, Dissonants has an immediate effect of invoking introspection and intense self-awareness.

Given its internal push-and-pull struggle externalized by explosive, expressive instrumentals, the overall work would be a great companion as music-to-walk-to in between classes and to and from the dorm.