University’s response to the Weaver Fire is inadequate 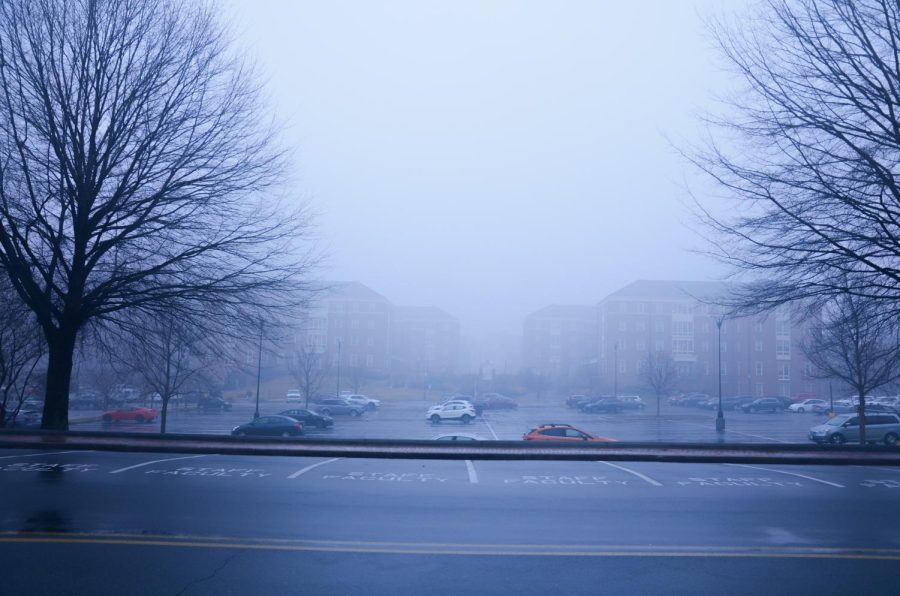 As smoke blanketed campus, students were left without word from administrators.

On Monday night at around 10:20 p.m., Wake Forest University sent out a message to the student body informing them that voluntary evacuations had been requested for those residing within a one-mile radius of 4440 N Cherry St., where a fire broke out at a Winston Weaver Fertilizer plant a couple of hours earlier.

Following this message, the university remained silent as panic flooded campus. Massive clouds of smoke emitted by the fire were clearly visible from Hearn Plaza. This smoke traveled outward, filling the surrounding one-mile radius and beyond, sweeping onto North Campus. Students were able to smell burning chemicals from their dorm rooms. Soon, they became aware of the 300 to 600 tons of ammonium nitrate present within the plant that could cause “potentially the largest explosion from a fire in US History if it blows”, as stated by Winston Salem Fire Department Chief Trey Mayo. Students began frantically evacuating campus, either seeking out hotels further away from the plant, or leaving Winston-Salem entirely.

Amidst all this panic, students received no official word from Wake Forest administration for over an hour. Finally, around midnight, the University sent out an email to inform students that all classes to be held on Tuesday, Feb 1, would be canceled. They also indicated that students living closer to the fire could evacuate onto campus and advised everyone to remain indoors with the windows shut. The university once again went silent until about 9:20 a.m. the following morning, leaving the student body in the dark for over nine hours.

The lack of communication from Wake Forest administration was incredibly disheartening, to say the least. Students did not receive updates from the university regarding the magnitude of the fire, the response of the fire department, the air quality on campus or the potential explosives within the plant until later on. During a time of heightened anxiety, while chaos unfolded on campus, students were forced to discover that they could not look to Wake Forest’s administration for guidance and began to take matters into their own hands. Wake Forest recklessly allowed them to do this.

Underclassmen began to venture into off-campus parking lots within the one-mile radius surrounding the fire on foot in order to obtain their cars and evacuate. They were not advised against this. According to an air quality map shared by Forsyth County officials, the Reynolda Campus was well within the range of contaminated air surrounding the fire, meaning students were actively inhaling nitrous oxide. Despite the fact that some on-campus residence halls were barely outside of the surrounding one-mile radius — such as Dogwood, Magnolia and Poteat residence halls, each less than 1.2 miles away from the plant — the university remained silent.

The main problem with Wake Forest’s insufficient response during this time of crisis is not that it was irresponsible, neglectful or inadequate at educating the student body of the developing situation. The main point of contention was the apathy that this lack of communication indicated. The inadequate communication may as well have equated to absence, as students began to feel abandoned, and pandemonium broke out.

Yet, to most students of Wake Forest, the administrations’ inability to communicate during potential emergencies is disappointing, but not surprising. Just last week, on Jan 27, reports of an armed individual spotted on campus began to surface, gaining traction through popular social media platform YikYak. Despite a report being submitted and numerous calls being made to campus police and university administration, no alert to even reassure students came until about 12 a.m. on Jan 28, hours after the sightings.

The tragic reality is that communication between the administration and students of Wake Forest University is too often either delayed or inadequate. While the administration should be an authority that students can look to for guidance and safety, the university has allowed this relationship to deteriorate and reach a point of mistrust. Students have been left with no word in urgent situations one too many times and can no longer depend on the people with which they once expected to maintain open lines of communication.

Whether the university’s silence can be attributed to apathy or simply ignorance, the administration was unable to accomplish their objective of reassuring their student body and has been unable to communicate clearly for some time now. The administration must learn that during times of disaster, sending out only two emails in the span of 12 hours is negligent and irresponsible. The students of Wake Forest deserve better.