Getting to New York City leaves behind lasting memories 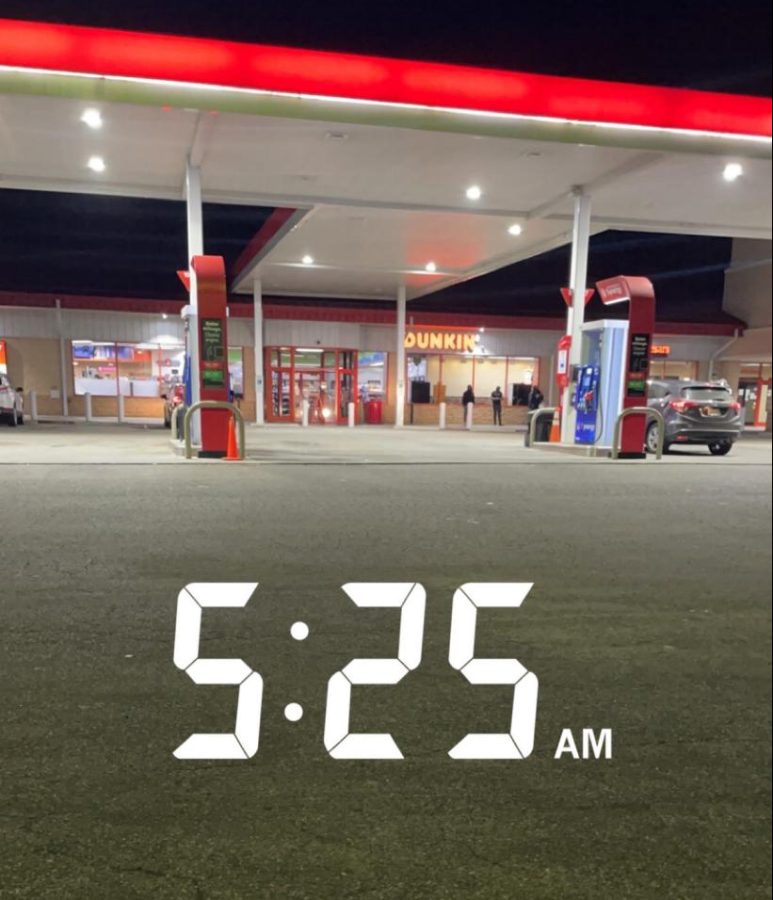 The bus driver on the way to New York almost left a mother at a gas station while her baby was on the bus.

I’m way behind on schoolwork, there’s a fertilizer plant on fire a mile-or-so away, I can’t go home, I’m sort of getting a headache when I walk around outside, people are saying the biggest explosion in U.S history might be imminent, texts are flying all over the place contradicting each other and I’m exhausted. What should I do?

I should go to New York City. Better yet, I should take the cheapest train I can find and leave in the middle of the night. And I should do this on a whim despite never having been to the city before.

Ishan and Shaila took me to the train station, a bus stop which really wasn’t a bus stop — it was more of a parking lot behind a Denny’s with a curb to sit on. As it turned out, I had purchased a bus ticket, not a train ticket. I was waiting with the other passengers, and there were only four or five people so I was feeling pretty good about my prospects of finding an empty seat and falling asleep. I started to feel a little less optimistic when the guy sitting next to me picked up a stray can of coke in the parking lot, drank it and urinated in front of us all at once.

The bus driver did not speak English, but he did scan my ticket and he put my bag away, so he was alright with me. When I stepped onto the bus, my suspicion that seating was limited was confirmed when a lady in front of me yelled, “So where the **** is we ‘posed to sit at?” Luckily for me, though, a middle-aged Indian lady scooted over and tapped the seat beside her just in time.

It was her first time going to New York as well.

It was nearly 3 a.m. and I was finally heading to New York — or at least I thought I was until the bus driver dug out a big, silver tool from under his seat and started making a racket outside towards the back of the bus. At this point, I wasn’t even sure the bus was going to move again.

The night would continue to be plagued by these setbacks. The bus driver would have to scribble away on his notepad for five minutes. Another driver would come onto our bus, try on a coat and leave without saying a word. We would stop for gas or pick up other weary travelers. We would have to pull over on the freeway so that repairs could be made again and, at one point, our driver would even leave us and be swiftly replaced by another.

The cast of passengers was pretty interesting as well. Upfront, there was a woman in the ninth month of her pregnancy — if not already in labor — laying with her head hanging over into the aisle and her feet on the window. To my left, across the aisle, was a bald man who also didn’t speak English, but he smiled at me as he ate raw hotdogs from a little, plastic box next to him. Directly behind me, there was a gigantic man who woke up every 30 minutes or so, moaned into my ear and fell back asleep like clockwork. A few seats in front of me sat a man wearing what I could best describe as a pirate’s costume, blasting a YouTube video with three likes (of which he was one) on a portable speaker. I guess he figured that we were all interested in the topic as well.

Now, I don’t want to get sentimental or anything in this article, but I did have one nice moment in the middle of my trip around 5 a.m. or so. I was standing in the cold, waiting for the bus to get refueled when I saw standing next to me a kid who couldn’t have been older than 14. He was all alone. I could tell he was a little scared — and I think he could tell that I was a little scared — so we looked at each other for a moment and gave each other a slight nod before returning our gazes to the concrete below us. Maybe we weren’t as alone as we thought.

Eventually, we got back on the bus that was filled with smoke — thanks to the bus driver, pretty much all of the passengers and the fact that there was no AC and the windows did not roll down — and we were beginning to drive away when an uproar from the passengers in the back arose. There was a lady still inside the gas station and her baby was on the bus. This incited what must have been the world record for the most times starting and stopping a bus in 5 minutes, as the bus driver and many of the passengers yelled at each other in different languages. Somebody from the back had to forcibly stop the driver from leaving. The driver wasn’t bluffing either; we all watched him leave two people behind at a Krispy Kreme in Virginia just a couple of hours before.

Well, eventually I made it, and Brody picked me up somewhere in Chinatown. A lot more happened over the weekend which I can’t get into right now because I don’t have the space for the words nor the money for the defamation lawsuit. If you’re under the impression that I had to leave a lot out of this story, you’re right, and I wish I could tell you more. Since I can’t, though, I’ll tell you one last thing: take the train!