Mitski returns to release her sixth studio album, which covers the difficulties of life 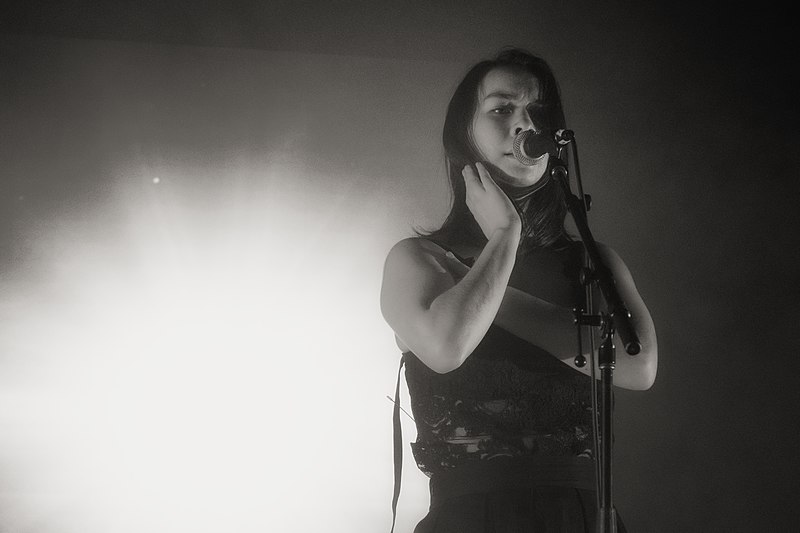 On Feb. 4, Mitski released “Laurel Hell”, her sixth — and potentially final — studio album. Her goal for the album was simple: to make meaningful music that served as an honest depiction of who she is.

With a runtime of only 32:25 minutes, the album explores the intricacies of different types of relationships. There is a fair share of upbeat heartbreak songs on the album, but a number of songs explore the relationship between both Mitski and her fanbase and between Mitski and herself.

The opening track, “Valentine, Texas”, starts slow with the opening lyrics: “Let’s step carefully into the dark/Once we’re in, I’ll remember my way around.”

This likely refers to Mitski and her relationship with this album, as she announced in 2019 that she was finished playing music indefinitely. The lyric could also refer to someone returning to an old lover and learning to love them again.

This track then bleeds into “Working for the Knife”. I think this song refers to the selling of her privacy and the world in which Mitski must exist in order to make music — she has painfully mixed feelings about her career.

“Stay Soft” is a synthy, electronic and almost ethereal piece that, according to Mitski, was originally meant to be a grungy rock song that is “about hurt people finding each other and using sex to make sense of their pain.”

“Everyone” explores Mitski’s rise to fame through metaphors and repetitive diction.

The next track, “Heat Lightning”, is a direct reference to Mitski’s insomnia and winding anxieties. The lyrics about feeling powerless over an incoming storm combined with the lulling melody remind me of a self-soothing mantra I use when I feel an oncoming panic attack. Noticing a feeling and accepting that you will feel it is strong — perhaps even stronger than trying to fight it off.

The upbeat, synthed-out nature of “The Only Heartbreaker” and “Love Me More” is comparable to that of the infamous 1980s hit “I Ran (So Far Away)”. Both songs complement each other, as they are both about relationships that are internally dissatisfying.

In “The Only Heartbreaker”, Mitski begs her partner to mess up, so she can finally feel like the good guy. In “Love Me More”, she asks her partner to fill her up with love and drown her out. In other words, Mitski feels so empty that she romanticizes the idea of others giving her enough attention to make her happy, though she knows this is both unhealthy and impossible.

Following those two cheery-sounding yet depression-inducing songs is a fully depressing song: “There’s Nothing Left Here for You”. Thanks, Mitski! Its beautiful crescendo refers to all the love and time Mitski drained from herself, either for a partner or for the music industry as a whole.

“Nothing Left Here for You” is followed by another heartbreaking yet upbeat dance number titled “Should’ve Been Me”, a song in which Mitski states that her former partner is now dating a woman who resembles Mitski. She expresses pity for her former partner, hoping this new woman holds all the good qualities but none of the emotionally unavailable tendencies Mitski herself exhibits.

In “I Guess”, Mitski sings only two verses: “I’ll have to learn to be somebody else/It’s been you and me since before I was me/Without you, I don’t yet know quite how to live.” In the following verse, she expresses that she is grateful for the sense of introspection this breakup gave her and expresses gratitude for her ex-partner.

“That’s Our Lamp” depicts the beginning of the end of a relationship in which the partners love, but do not like each other any longer. It is a bittersweet song, as Mitski reflects on the joyous parts of the relationship while feeling the deep pang of sadness informing her that the joy has dried up.

Whether this is her final studio album or whether she chooses to work under the knife is still unknown. All that is certain is that Mitski has changed the course of the indie rock industry forever. With Pitchfork rating “Laurel Hell” a 7.8, there is no doubt that this will be one of her best-performing albums to date.