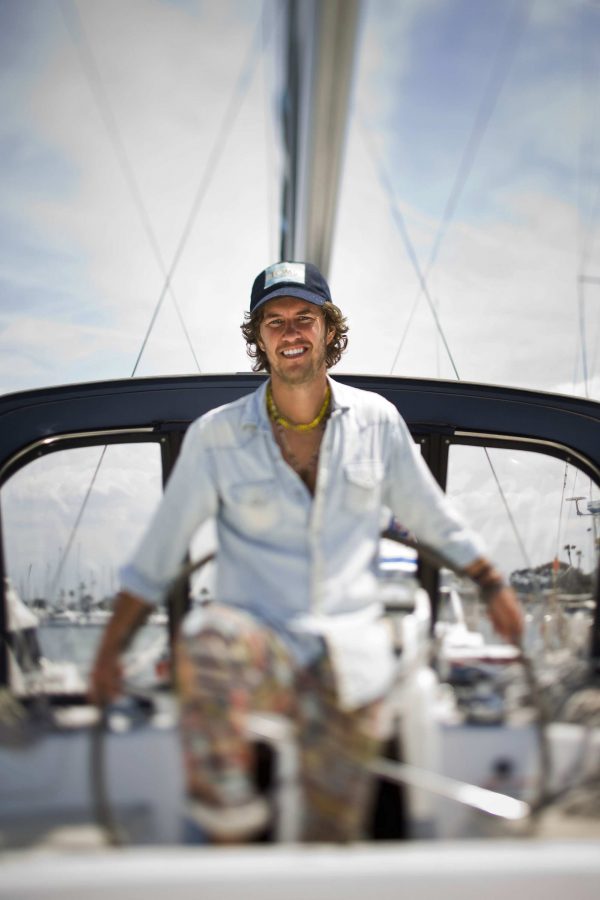 According to Guinness World Record News, a man from Nevada named Jordy Geller has more sneakers than anyone in the world: a whopping collection of 2,388 separate pairs of shoes. Excessive? Definitely.

But awesome at the same time. Although those of us who want to own unreasonable amounts of things like shoes or clothing may deal with labels such as “hoarders” or “maniacs,” we may rest assured that sometimes our outrageous purchases may lead to something good.

Doing “good” while shopping is becoming harder and harder as businesses move production to foreign, developing countries where wages are small and workers are treated unfairly. Take the example of Old Navy, who have systematically abused their workers in Bangladesh by routinely working them over 100 hours a week, shortchanging their pay and denying them maternity leave.

Sadly, this example does not seem to be the outlier but rather the norm. Mega-corporations such as Walmart, Target and Disney, to name a few, have been caught in sweatshop scandals and accusations of disregard for the rights and laws of international workers.

It seems that more often than not, Americans have to turn their heads to the processes and politics that go into the products that hang in their closets. However, some companies bring their business practices to the forefront and take pride in missions that attempt to tackle problems caused by world poverty.

This is not to say that the buy-one-give-one model is the simple fix to the huge problem of world poverty. Many have challenged TOMS and other companies because they are not very clear on who is receiving the donated products and whether these products are actually going to those who need them most. Furthermore, these shoes were going to developing areas, typically in Africa, where shoe businesses already existed and creating unwanted competition. By donating their shoes, TOMS became like an invasive species that broke into the business environment and snatched up the niche that was once occupied by the local business owners. In that way, TOMS shoes had the dangerous and unexpected effect of hurting local economies and furthering poverty.

But in 2011 there seemed to be no stopping the tide of TOMS as the company saw a yearly growth rate of 300 percent and celebrated the donation of their 10 millionth pair of shoes. TOMS was very good at selling and donating shoes but began to go through a change, as founder Blake Mycoskie described in an article in The Harvard Business Review. They began to give discounts and run specials on their shoes, and although they were selling and donating shoes faster than ever, they became a company that just did something instead of a company that was about something.

The tides changed in 2012, however, when Mycoskie took a break from TOMS to evaluate the company’s mission. He saw the issues that arose from the millions of donations of his shoes and began to question his strict buy-one-give-one model. He found inspiration during this time from Westrock Coffee Company. Westrock worked in Rwanda and made a difference by paying producers fairly, securing clean water for the community, giving low-interest loans to the growers.

“Best of all,” said Mycoskie, “Westrock was a profitable business that sold fantastic coffee.”

It was then that Mycoskie reimagined the buy-one-give-one mission. Now, TOMS’ mission is more thoughtful and works to solve problems associated with poverty, instead of just handing out free shoes. TOMS began a new coffee venture: for each bag of their specialty beans that TOMS sold, they would provide a week’s supply of water to a person in need. Other initiatives that TOMS started are their sunglasses and canvas bag ventures. For each pair of sunglasses sold, TOMS will provide eyeglasses or vision care to someone who cannot afford them. Additionally, for each bag sold, TOMS provides training to birth attendants and materials to ensure safe births worldwide.

Freshman George Papakonstantinou is very familiar with the new mission of buy-one-give-one companies. As he watched Shark Tank in 2014, he was introduced to Bombas Socks, an athletic sock company that donates one pair of socks to someone in need for each pair of socks sold. From there, he became a brand ambassador for Bombas at Wake Forest and began working to promote their mission.

His work brought him to a local shelter where he saw that something as simple as socks could make a huge difference.

“The founders of Bombas socks recognized that the most-requested clothing item at homeless shelters is socks,” Papakonstantinou said, “so that’s when they decided to start their sock company.”

It’s not just any sock that gets donated, however. Bombas put a lot of time and thought into their design and engineered a sock that would fulfill the needs of those at homeless shelters. For example, their socks are darker and tougher so that they last longer and show less visible wear. They are also treated with an anti-microbial spray that prevents the growth of fungus and keeps the socks cleaner for longer periods of time.

Along with their buy-one-give-one sock initiative, Bombas has partnerships that provide addiction counseling and free internet access to those at homeless shelters so that they may lead healthier lifestyles and pursue education and jobs.

“When I was at the shelter,” Papakonstantinousaid , “I felt like I was part of a company that really cared about the people that they were helping and put the donations ahead of the profits.”

Companies like TOMS and Bombas try to make a positive impact in the world, and reassure the most retail-addicted Demon Deacon that they may shop in the spirit of Pro Humanitate.