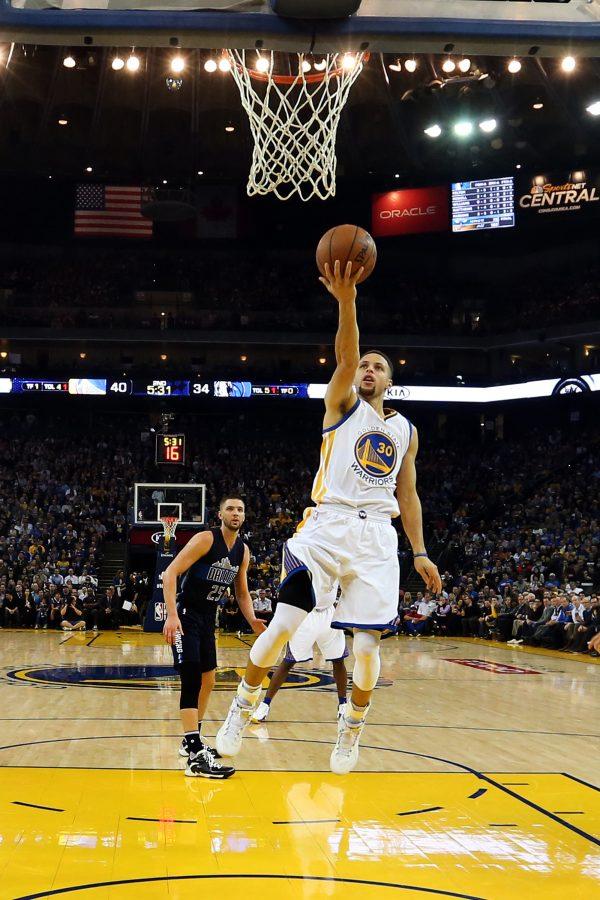 For all of the NFL fans who are realizing that there is a big sports gap in their life until next August, the NBA is now the center of attention.

With the NFL consuming the lives and focus of most sport fans, here is a quick recap of the most important news of the first half of the 2015-2016 NBA season. And what to expect as the season reaches its pinnacle.

With the all-star break out of the way, the second half of the NBA season officially started late last week.

Stephen Curry and the defending World Champion Golden State Warriors are cruising through the season, putting up crazy numbers sitting comfortably at a record of 50-5, on pace to beat or tie the best record ever recorded by an NBA team which was Michael Jordan and the Chicago Bulls.

The Warriors are the fastest team in NBA history to reach 50 wins and have accomplished this in dominating fashion.

Meanwhile, the Finals MVP, Curry has made 260 three pointers this season alone—which is more than some franchises—and is averaging 29.8 points per game.

Curry is on pace to shatter his own three point record well before the season is over, and likely will win his second consecutive MVP award.

Despite the great record and fantastic individual performances from players like Curry and Klay Thompson, the San Antonio Spurs are not too far behind in the standings.

Some sleeper teams like the Grizzlies and Mavericks are struggling to remain above .500 but still remain in the playoff hunt.

The second half will definitely present some challenging and entertaining games to watch as the playoff picture begins to develop.

In the other conference, Lebron James and the Cleveland Cavaliers sit on top of the Eastern Conference with a 40-15 record. This shows the difference in conference strength, at least record wise. That being said, the Cavs look to be the clear favorite to represent the East. However, teams like the Raptors, Heat and Celtics are not too far behind.

The Celtics, out of the top four eastern conference teams, have shocked the NBA this season under new coach Brad Stevens. Although he was extremely successful at Butler University as head coach, analysts were not sure if he would transition smoothly to the NBA.

He has taken the Celtics from a rebuilding team, to one that is deep into the playoff picture. With contributions from players like Isiah Thomas, Avery Bradley and Marcus Smart, this team has their eyes set on another banner.

It will be an interesting second half of the NBA season with many games, player performances and most importantly playoffs to look forward to.

As the playoff picture sits right now, the finals would feature two of the NBA’s best teams historically and two of the best players in NBA history: Lebron James and Stephen Curry. Stay tuned for more coverage from the NBA in the coming weeks.