Biden's choice will affect marginalized groups for generations to come 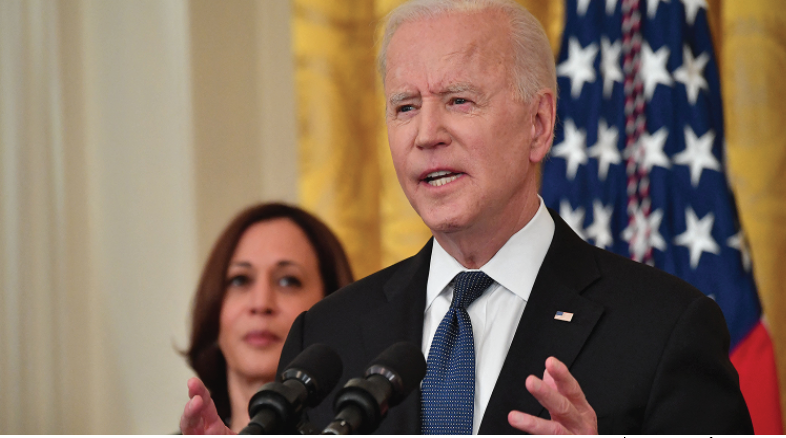 Biden is now tasked with nominating a justice that will impact the court for years to come.

Joe Biden campaigned on the promise of reaching across the aisle, but the first half of his presidency has demonstrated the impossibility of this task. His attempts to push forward “moderate” legislation — like the Build Back Better proposal — have been met by Republicans refusing to come to the table.

Biden is now faced with the task of replacing Associate Justice of the Supreme Court of the United States (SCOTUS) Stephen Breyer, who announced his retirement in January. Despite pressure from both moderate Democrats and Republicans, Biden should avoid the urge to cave to a middle-of-the-ground pick, and instead select a justice who is willing to stand on the far side of politics. Clinging to the ideal of a moderate or apolitical court is a pipedream in the 21st century.

Court decisions have long moved past objective interpretations, and voting has been consistently documented. Furthermore, confirmation hearings openly cite political biases and party allegiances. It is impossible to be neutral in a world where everything is politicized. Biden would be better off nominating someone who can ensure the future of progressivism in the nation’s highest court, instead of sticking to his previous trajectory of privileging his political opposition over his leftist allies.

Biden has indicated a strong desire to stay true to his campaign promise of nominating a Black woman to the Supreme Court. While representation within political positions is important, it would be disappointing for Biden to treat potential SCOTUS nominees like boxes to check off. Nominating another swing vote to the Supreme Court will move the Court in a conservative direction. While the nomination is unlikely to set off immediate waves due to a conservative supermajority, the appointment is life-long and will likely see the Court’s composition shift numerous times. Compromising now by appointing a judge who is already behind the curve of progressivism will greatly set back the pace of progress. Moreover, a moderate will only move further to the relative right as the influence of younger generations will come to dominate political discourse. The Court is asked to make important decisions regarding abortion rights, transgender inclusion, critical race theory and more, and both the frequency and scope of such cases being presented increases year by year.

The case for moderation centers around a closing window for Biden to cram a nomination through. Many fear a flip of control in the Senate after the midterm elections, which could end Biden’s chances of pushing a nomination through. Centrist Democrats are quick to point to 2016, when Merrick Garland, nominated by Barack Obama, was refused for 293 days by a Republican-dominated Senate. However, this example demonstrates how important it is to make a groundbreaking pick. Garland did not undergo a Senate hearing, vote or complete any part of the confirmation process due to the stubbornness of the conservative bloc. Republicans would have refused to cave — regardless of the nomination pick — due to a political divide that has only grown deeper in the past six years. Biden’s best chances rest in taking a gamble. He has to assume that centrist Democrats like Manchin and Sinema would prefer a progressive pick rather than a prolonged vacancy that would provide the next president with the potential to irreversibly alter the balance of the Court.

While it is admirable to claim that we are reaching across the aisle, bringing unity and working together, we must acknowledge the reality of our current political landscape. It takes two sides to compromise, and as long as one side is unwilling, Democrats are better off playing the game according to the terms they have been offered, which means immediate radical, progressive action. Biden should consider nominees that will best serve the party’s future, and secure key wins for the rights of women, LGBTQ+ individuals and disenfranchised racial minorities, rather than sticking to the status quo with a moderate pick.