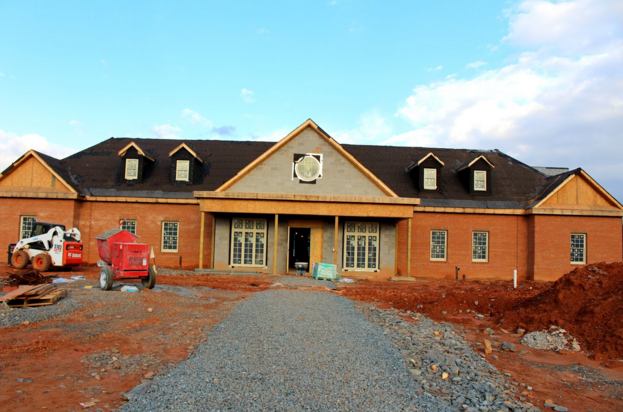 Wake Forest’s rich golf history is set to be rewarded.

The estimated $4.4 million project for a new clubhouse is under construction and will house men’s and women’s offices and locker rooms. The building will be named after Jesse Haddock, the golf coach that led his team to three national championships during his career at Wake Forest.

Construction broke ground around one year ago, and according to the plan, the coaches for both teams are set to move in March 15, according to men’s golf head coach Jerry Haas.

Haas, who is a former All-American Wake Forest golf player, said the new golf clubhouse is going to be “absolutely spectacular.”

“Our team is number two in the country, and this has been a long time in the works,” Haas said. “I’ve been here 19 years and I’m very lucky. I love this place and how we’re showing recruits the respect golf deserves. Now everyone can see that Wake appreciates their student athletes and gives them a home.”

Plans for the facility include a heritage room with an interactive, touchscreen digital wall that shows Wake Forest golf’s past accomplishments and successful golfers, which include famous players like Arnold Palmer and 2012 U.S. Open Winner Webb Simpson.

Tanner Owen, a sophomore on the men’s golf team, said that he thinks part of the purpose of the new clubhouse is to honor those who played at Wake before him.

“As a program we have some incredible people to represent and carry through in what we do, on the course and off the course,” Owen said. “It holds us to a certain level of professionalism.”

The clubhouse heritage room will include a trophy case suspended from the ceiling. A player lounge will be located at the back of the building overlooking the driving range, complete with TVs.

There will also be a study room and conference room for players and coaches to utilize at any time. The locker rooms will have around 15 lockers and also include bathrooms and showers.

Owen added that in addition to benefits of hanging out and studying in the lounges, he believes the new facilities will help the team communicate and work more efficiently.

“We’ll be able to spend a lot more time with our coaches,” Owen said. “Their offices are currently in Manchester, so during the day we can go over and see them, but having everyone in the clubhouse will make it easier for us to communicate. We’ll also have somewhere to park and somewhere to store our clubs.”

The basement of the building includes a game room with a built-in speaker system, a pool table and a Webb Simpson tribute wall framing the back side of the room.

The Arnold Palmer statue located outside golf’s current headquarters at the Dianne Dailey learning center will be moved to the front of the clubhouse, according to Barry Faircloth, associate athletic director for development.

Vinh-Hop Ngo, a sophomore on the women’s golf team, said the new clubhouse will be like her second home.

“We currently don’t have a place to have team meetings so we just sit on the floor in our putting room when we meet,” Ngo said. “So I’m most excited about the fact that we are going to have a place for the golf teams to hang out together.”