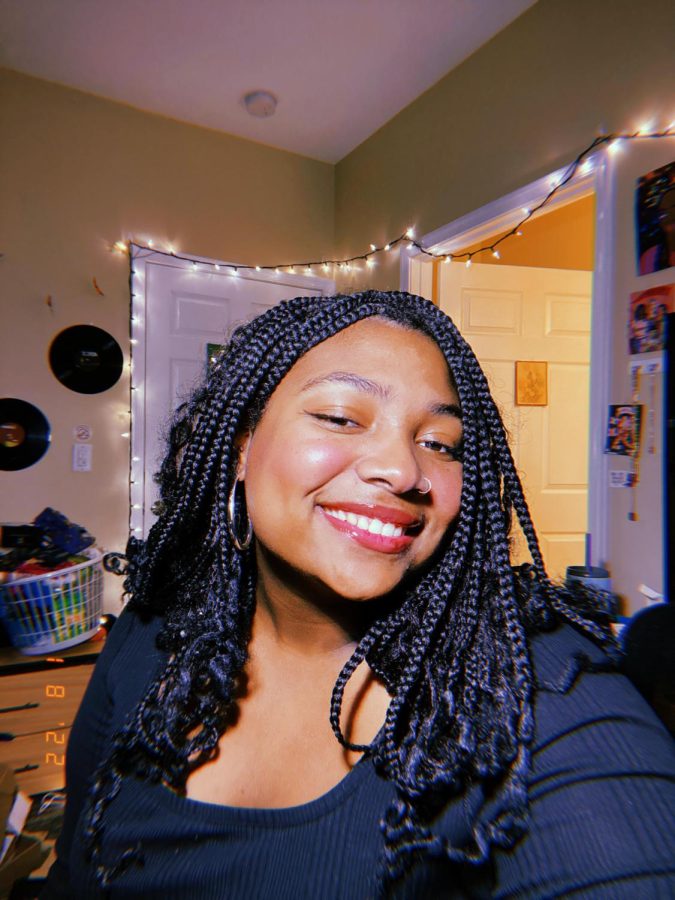 Pearson, a senior from Mt. Holly, NJ, has been involved in multiple campus movements.

Bea Pearson is a senior from Mount Holly, NJ who is majoring in history and double minoring in American ethnic studies and politics & international affairs. Pearson was one of the recipients of this year’s “MLK Building the Dream Award” who was recognized during the Martin Luther King, Jr. Day celebration on Feb. 3. This event was hosted by Wake Forest University and Winston-Salem State University.

You received the MLK ‘Building the Dream’ award for being “an advocate for justice and community service.” What are some accomplishments that you’re proud of within the Wake Forest community or beyond?

First, I want to say how appreciative I am of this award. Everything that I did was made possible through collaborative student efforts. I understand that there are a lot of students who can’t receive an award and who feel their work isn’t seen, but it is. I hope that people understand that I come from a long legacy of people fighting for justice. I’m just really grateful to be able to receive this recognition for all of us, not just for myself.

I have really led with empathy and love in my work at Wake Forest. I think sometimes awards about justice are uncomfortable because justice is an ongoing pursuit. I don’t think people just arrive at justice.

Anyway, I have definitely been working towards justice since my first year at Wake Forest through organizing and protesting. I helped with the President’s commission. I have run some student programming, like the Black Women’s Leadership Retreat. And I really think that I just focus on empathy — that’s where my passion lies. I really tried to keep it as the center point of all my work in the last few years.

How do the teachings of Dr. Martin Luther King influence your leadership on campus?

For me, Martin Luther King represents misunderstood radical justice. As a country, America has really distanced itself from the passions and the fire of Dr. King. He has that quote, “so the question is not whether we will be extremists, but what kind of extremists we will be. Will we be extremists for hate or for love?” I definitely try to serve as an extremist for love in all of my work, and I think that his dedication to achieving justice through sacrifice and relentless work is something I really respect.

Something that’s also really important to me is faith. I think that the level of faith that Dr. King and others have had throughout the history of Black freedom-fighting has been very influential. I obviously can come nowhere near emulating it, but I do my best.

In what ways do you see a space for growth in the Wake Forest community? In other words, what does our community need to improve upon?

I would like to see some more deep-rooted shifts towards equity. We’ve got a lot of new opportunities on campus, like with the African American Studies (AAS) department. Dr. Shea Kidd Brown is our new vice president for Campus Life, and she’s a Black woman. There’s the changing of the name of the building the Religious Studies department is housed in. Wake Forest is making these moves that portray a message of dedication to equity.

With that being said, I think there’s a lot of policy that is not as visible, but certainly affects the lives of students. Things that may seem small, like attendance or bigger issues like where investments lie and concerns about the surrounding area in Winston-Salem.

The city is changing, and displacement is continuing. There is a housing crisis in Winston-Salem that I don’t hear people talking about on campus. Sure, it’s hard to house students, but as the Wake Forest student population increases — meaning the campus must expand — we must consider the already present housing crisis. We need to talk about how we are connected to that crisis, right? Things like that are where I would like for us as a community to direct a lot more of our policy and efforts.

I think we can do a better job of reflecting on our history — I admittedly have not spent enough time at Winston-Salem State during my four years at Wake Forest, but I think from what I have seen, they’ve done a better job of talking about public history. And I think we should too, even if that does not reflect on the prettiest parts of our history as a school. Understanding what the school has been and how it has impacted people is important.

What are some ways that students can get involved and continue to make a change on campus and in the community?

The best thing that I did was building out my communities of mentors. I don’t think students always know the best way to get involved and affect change.

Some of the people who helped me get involved in student organizing and justice or equity efforts were either upperclassmen or certain staff members who had been doing the work of justice. They pulled me in and educated me, comforted me — they were like friends — and in turn, I have tried to do that as well. Often, students don’t realize the power those connections hold, especially because of the four-year turnover.

I would encourage students to show up in these spaces where people are already serving and if you want to know more, just ask. If anybody ever has any questions about how to get involved in certain things or just wants to talk in general, just say hello or reach out. I would just really encourage people to reach out and create that network.