The U.S. and its NATO allies must unite in order to prevent further conflict between Russia and Ukraine 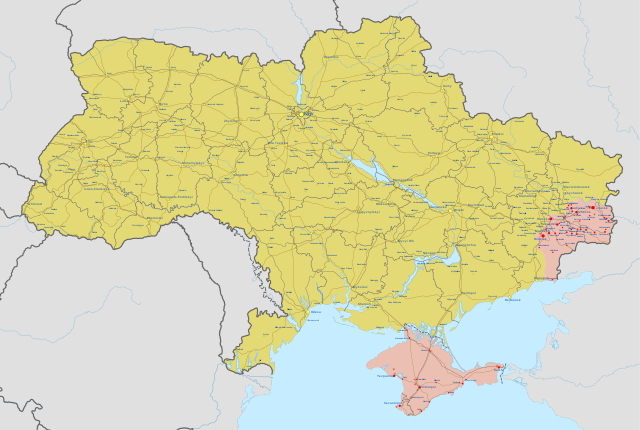 The Russian-Ukrainian conflict has entered a new phase.

On Feb. 20, U.S. Intelligence indicated that Russian commanders had been given the order to invade Ukraine in several days. On Feb. 22, Russian troops entered Ukraine, although officials have stopped short of calling it an invasion. The Federation Council of Russia authorized the use of troops in Ukraine.

Fighting has already claimed the life of at least one Ukrainian soldier in separatist-controlled regions of Ukraine. The separatist states have called for all able-bodied men to render assistance to their militaries. As the countries seem poised for war, a tough global response to Russian President Vladimir Putin’s actions is beginning to take shape, even as he remains defiant.

The problem here is that Ukraine and NATO are not providing a united front. Germany — which is reliant on Russian gas imports — is cutting off a Russian oil pipeline. French President Emmanuel Macron is trying to emphasize the European aspect of the crisis —- much to the chagrin of his American and British allies — while U.S. President Joe Biden is firmly committed to sanctions and diplomacy. The Ukrainian army also happens to be undermanned, underequipped and underfunded when compared to that of the Russians.

Why is Putin doing this? What is his endgame?

Publicly, Putin has stated that the threat of Ukraine’s entry to NATO is the reason behind his threats of war. Behind the curtains, a different story is in play. Petroleum and natural gas exports form a significant portion of Russia’s economy. In a climate-conscious and pandemic-ridden world, petroleum — and by extension Russia’s economy — appears to be threatened. Despite its vast geographic territory, Russia has a population of roughly 146 million — which is relatively small in comparison to America’s estimated 332 million.

Despite the unfortunate statistics, Russia might have a bright future as climate change progresses. While coastal cities flood in the next few decades, the Siberian interior — which is currently cold and largely inhospitable — will warm up and allow for the exploitation of its natural resources.

This could fuel Russia’s survival and growth through the rest of the century, a very appealing prospect for a grandly ambitious man like Putin. Putin has previously remarked that the fall of the Soviet Union was the fall of “historic Russia” — perhaps he wants a return to the “good old days” of Russian imperialism.

This possibility hinges on Russia’s survival for the next couple of decades. As a multinational state, Russia has had its fair share of ethnic tension and separatism, highlighted by historic issues in the region of Chechnya. If Russia loses strength to decreased oil exports and a loss of international face, these tensions could arise again.

If nothing changes, we will see history repeat itself. Following a stratagem similar to the 2014 invasion of Crimea, Russia will likely occupy Ukraine in a swift but violent conquest, and the international community will watch from a distance, slapping sanctions and diplomatic protests on Russia. Russia will have proven that — in spite of its current state — it can hold out against NATO militarily and diplomatically. Putin will have earned his place in Russian history textbooks alongside emperors, tsars and great conquerors.

Fighting fire with fire is a dangerous idea, but the threat of seeming rather than being is even more dangerous. Instead of allowing a war to happen, there are a few actions that the United States or its NATO allies could take to pressure Russia away from open conflict.

One option would be to deploy NATO personnel in Ukraine. Although this would reinforce Putin’s accusations regarding a Ukrainian entrance into NATO, any harm done to these personnel could be construed as an attack on a NATO country, invoking Article 5 of NATO regarding collective defense and leading to a war Putin would be unable to afford. Perhaps this could be enough to bring him to the negotiating table.

Another option would be to engage in cyberwarfare against Russia. Cyberwarfare is a constantly evolving field, and what could be construed as an act of war is incredibly vague. Russian operants have committed numerous attacks on American and Ukrainian infrastructure and voting equipment without punishment.

Even though the United States does not have the same reputation for hackers, American intelligence agencies have proven their effectiveness in this field. In 2009, a computer virus was used to attack the Iranian nuclear weapons program, causing many centrifuges to spin themselves to destruction. Similar attacks could cripple Russian military equipment and infrastructure before a potential attack is launched.

At the end of the day, a war in Ukraine would be horrific. The 41 million people in unoccupied Ukraine would have to deal with gunfire, bombardment and the deprivation of basic services and security as the frontline advances across the nation. Ukrainian civil liberties would be suspended, and government institutions would collapse — families would also be torn apart. Refugees fleeing from war would flood the rest of Europe, further exacerbating the migration crisis already occurring there.

If action isn’t taken, the future could be grim.

The opinion expressed in this article is based on information that was available Tuesday, Feb. 22.