After many years, Miley Cyrus remains an influence due to her Disney character 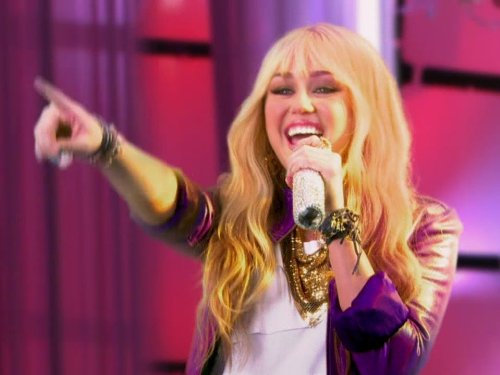 The title character of "Hannah Montana" is a role model for an entire generation and continues to be so.

Everyone has their all-time favorite Disney show from childhood — something that they are willing to defend with everything they have.

For me, that’s “Hannah Montana”.

I grew up watching “Hannah Montana”, along with the iconic runner-ups “Phineas and Ferb”, “Wizards of Waverly Place” and “The Suite Life of Zack and Cody”. There’s something about the 2000s era of Disney that really hits home. Sometimes, when I’m too lazy to watch something new on Netflix or Hulu, I return to comfort shows or play soundtrack music. They just don’t make sitcoms or teen romance like they used to.

For those who may not know, “Hannah Montana” features Miley Cyrus as Miley Stewart, a high schooler with a pop-star alter ego, Hannah Montana. With episodes like “Get Down to Study-Udy-Udy” and “The Way We Almost Weren’t”, Cyrus related to everyday school problems like tests, the fun of friendship and more serious matters like the importance of family and honesty.

It had the perfect amount of amusing, meaningful and fun entertainment. Because of these aspects, I’ve related to the actress. The show holds wise truths in the middle of nacho cheese jerky, ‘oooh tss’, peanut butter with pickles and Billy Ray Cyrus jokes.

I have various reasons for “Hannah Montana” being my favorite Disney show. The most obvious is that the songs are iconic. In my mind, nothing can beat my favorites: “The Best of Both Worlds”, “Nobody’s Perfect” and “Ordinary Girl”.

Not everyone can create such great content so early in their career, but “Hannah Montana” had no problem performing while tackling typical teen issues, too — which is pretty impressive. Stewart dealt with school, love triangles, keeping her Hannah Montana identity secret from nosy high-schoolers and performing for thousands of fans at the same time.

I, like many in my generation, have grown up with the artist and changed with her. “Hannah Montana” premiered in 2006 and ended in 2011, giving us four great seasons and “Hannah Montana: The Movie” (2009). That’s a solid seven years of development and attachment.

However, after the show ended and the Disney image faded, Cyrus opened up her career to what she wanted for herself. It was time to grow up, for both her and me. That’s a particularly hard thing to do for someone so famous — especially since she started out as a Disney kid, which already has connotations of a go-lucky, kiddy personality — but she has publicly supported her origins while expanding her content.

Cyrus deserves major respect because some Disney-starters are embarrassed by their childhood careers rather than embracing them. As a fan, you don’t want someone to regret giving you something so pertinent to your own childhood.

Cyrus received major backlash for growing out of her childhood role, especially when she came out with “Wrecking Ball”. But the showcase of her authentic self is admirable. Cyrus has had her fair share of mix-ups and mistakes, but then again who hasn’t? It all depends on how you react and learn from situations — which I think she has.

Recently, Cyrus hosted her own New Year’s Eve show and had a wardrobe malfunction. Her top loosened in the middle of a live TV performance on NBC — but she quickly recovered from the situation, put on a blazer and continued to sing “Party in the U.S.A.” She even laughed about it, which is something I’m not sure a 13-year-old pop-star or present-day me could have done.

At the end of the day, Cyrus has participated in her fair share of controversies, but she isn’t afraid to do what she wants and needs for herself as a person and an icon. Now, I’m not a huge celebrity tracker, and I don’t care much for Hollywood trends, but I’ve always followed Cyrus for nostalgia’s sake. It would be hard not to — I committed back when my mom bought me Hannah Montana crayons, a backpack and a microphone.

It’s been a long time since I’ve watched “Hannah Montana” after a hard day of second grade, but it will always have a special place in my heart. After all, it’s just as Hannah Montana says, “you can say goodbye, and you can say hello, but you’ll always find your way back home.”