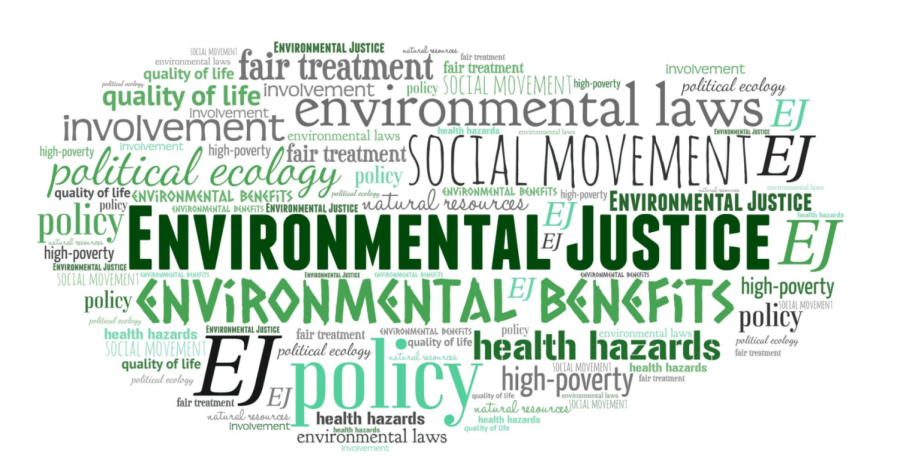 Indigenous leaders have been on the front lines of environmental justice for generations.

On Feb. 23 and 24, the Wake Forest University Intercultural Center and the Program for Leadership and Character hosted the Indigenous Environmental Justice Leadership series, which consisted of three events that amplified the voices of Indigenous environmental justice leaders.

The goal of the Indigenous Environmental Justice Leadership series is to encourage participants to broaden their ideas of leadership, especially as it pertains to the environmental justice movement.

The first event was a film screening of “The Condor and the Eagle”, a film depicting the story of four Indigenous environmental justice leaders and their communities, whose shared voices proved powerful in the fight against threats such as the environmental contamination of and forced removal from ancestral lands.

The second event began with a lecture and Q&A session with Dina Gilio-Whitaker, a scholar, journalist and author who teaches American Indian studies at California State University at San Marcos.

A member of the Colville Confederated Tribes, Gilio-Whitaker has been concerned about environmental issues from a young age and was a Native American studies major at the University of New Mexico.

However, as she continued her studies, she found that there were gaping holes in the literature concerning environmental issues and justice.

“It became really clear to me that the way mainstream ideas of environmental justice are written about are really incomplete for Native people,” Gilio-Whitaker said.

While environmental racism — or the racialized discrimination in environmental policies and regulations — is present and harmful to many marginalized communities, Gilio-Whitaker emphasized that environmental justice theory “must also acknowledge that there is a political difference of American Indians as nations, not ethnic minorities.”

“Native people are not just a race of people in the United States,” she said. “Although we are ethnic minorities and communities, our communities are actually nations with a political relationship to the state and very different relationships to the land.”

The idea that there must be an indigenized concept of environmental justice for the movement to be fully complete and inclusive is the focus of Gilio-Whitaker’s master’s thesis and has continued to shape her work decades later.

The last event of the Indigenous Environmental Justice Leadership series featured a keynote address by activist and member of the Lumbee nation, Donna Chavis. Chavis currently serves as the senior climate campaigner with Friends of the Earth U.S., an environmental organization that seeks to affect policy change.

Chavis played an instrumental role in ending the construction of the Atlantic Coast Pipeline and describes herself as someone who “is rooted in the location and culture of North Carolina, and specifically, Indigenous culture.”

“How you be” is a phrase that guides Chavis’ work, meaning, “not how are you doing, but ‘how you be’ in relation to the world and the environment you are in, which includes your human relations as well as your relation to the other animal world and plant life.

The specific work she does now began when she became involved in the planning of the First National People of Color Leadership Summit in 1991, bringing a critical Indigenous voice to the table and playing a role in the formation of the Principles of Environmental Justice.

The lack of Indigenous voices in the planning of the opposition to the pipeline brought Chavis out of retirement “to organize within the Indigenous community to help them become aware of what they were facing and what some of the answers might be.”

Chavis believes the importance of listening to Indigenous voices in environmental justice discussions cannot be understated.

“The voice of Indigenous peoples and the relationship to the environment and to other beings around them became a part of the conversation of stopping the Atlantic Coast Pipeline and now those voices are more present in other activities,” Chavis said.

The university has previously implemented other methods of honoring indigenous peoples and tribal nations, such as Wake Forest University’s Land Acknowledgement Statement, which addresses the local history of the school, stating as follows:

“This statement honors the land on which Wake Forest University now resides and the land on which the original campus resided. This land served for centuries as a place for exchange and interaction for Indigenous peoples, specifically Saura (saw-ra), Catawba (ka-tah-buh), Cherokee (chair-o-kee) and Lumbee (lum-bee) in this location and Shakori (shu-kor-ee), Eno (ee-no), Sissipahaw (sis-suh-pa-hah) and Occaneechi (oak-a-nee-chee) in the original campus location. Today Wake Forest continues to be a place of learning and engagement for Indigenous students, faculty and staff regionally, nationally and globally.”