The widely-used statistic does not account for all relevant variables 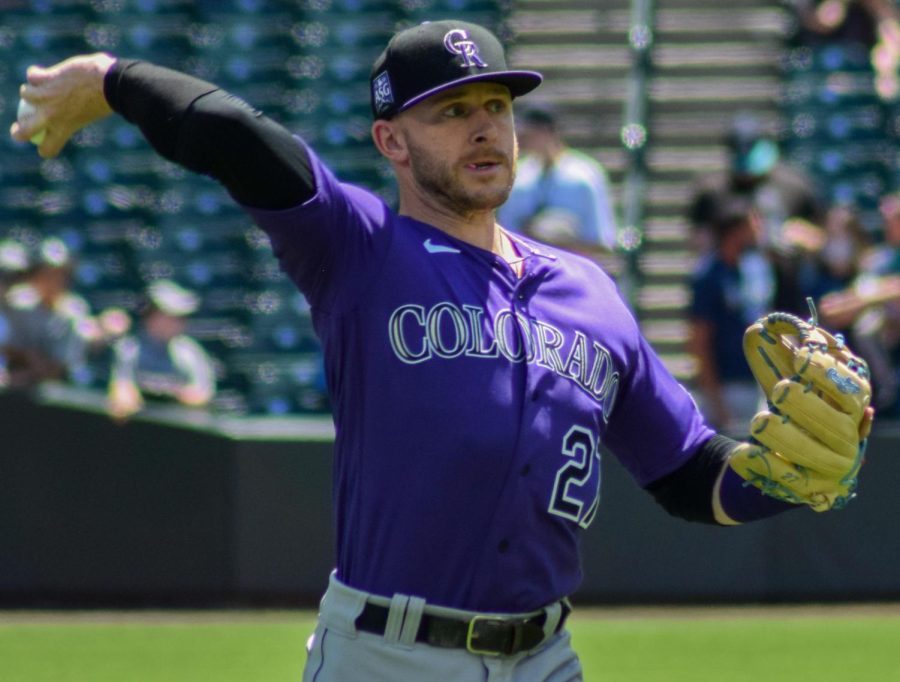 Trevor Story's WAR was 3.5 according to Fangraphs but 4.2 according to BaseballReference, showing the irregularity of the statistic.

Having won all of their games, the Wake Forest Baseball team’s season is off to a great start, and the team is looking to continue their season with spectacular fielding and ferocious batting. It feels incredible to watch our players take the field and show how great it is to be a Demon Deacon. Watching the Demon Deacons also has me looking forward to the upcoming MLB season, which — as of Tuesday, March 1 — is in the midst of a player lockout due to financial concerns from the team owners. Among these concerns is the use of divisive statistics.

Over the past few decades, the MLB has moved to a more computational model when observing player and team performances. Bill James’ “Sabermetrics” approach is concerned with analyzing players’ statistics to rank their effectiveness. This has been helpful to managers and coaches, and the advances of sabermetrics are getting us closer to something all baseball fans crave: one number that will answer the question of how much a player is worth.

The human mind is a rather lazy tool that is always seeking the simplest analysis possible. A statistic called “Wins Above Replacement” (WAR) has recently emerged in an attempt to fulfill this desire.

According to the MLB, WAR measures a player’s value in all facets of the game by comparing their contributions on the field to a replacement, such as a player from the minor league. In the 2021 season, Aaron Judge — a right-fielder for the New York Yankees — had a WAR of about 6.0 and Trevor Story — a shortstop for the Colorado Rockies — had a WAR of around 4.2. These are high measures that mark these players as definite keepers over any replacement, with a 6.0 as the MVP level.

However, there are issues surrounding this so-called MVP level. There are many different ways to calculate WAR, depending on which factors are being considered, leading to a lot of variability in WAR statistics. Most MLB statisticians consider how many runs are produced by a player, as well as how many runs the player has stopped on defense. A different equation is applied to pitchers — so how do you compare them?

FanCast, a third-party site for MLB statistics, chooses to account for park adjustments when evaluating pitching because some stadiums are better for pitchers, while others are better for batters. But not all sites use this. Other sites, like Baseball-Reference, choose not to account for independent factors in pitching, meaning that the outfielder’s abilities may be factored into a pitcher’s calculation.

While there are other issues with WAR, the main one is that there is not a standardized way to calculate the statistic. Yet, MLB and baseball writers are increasingly using it when deciding an MVP or — even more concerningly — the keeping or trading of certain players. Bill James himself — who is one of the leading champions of sabermetrics within the baseball community has criticized the WAR statistic.

James’ main issue is that WAR does not account for what occurs in between wins. Some players are more valuable in close, late-inning situations, and WAR does not take this into account. There is also just a lot of variability in the statistic, and, when evaluating MVP candidates, scores are typically within one standard deviation of each other.

These shortcomings leave a lot to be desired. The Wall Street Journal recently published an article reflecting on the current MLB lockout, which raised some of the same concerns that I have expressed. In part, the lockout stems from team owners looking to use WAR to determine bonuses for players, something that many athletes are not happy about

While I do not think the league will move in this direction, it is important when considering our own Demon Deacon ballplayers. Will their compensation and ability to move up in the baseball world be affected by a biased number?

We need to be more mindful of when we are taking the easy way out instead of putting in the work. As the WAR statistic shows, sometimes our cognitive bias of always seeking the simplest answer has dire consequences for others, and we must be aware of this if we are to evaluate others effectively and fairly.