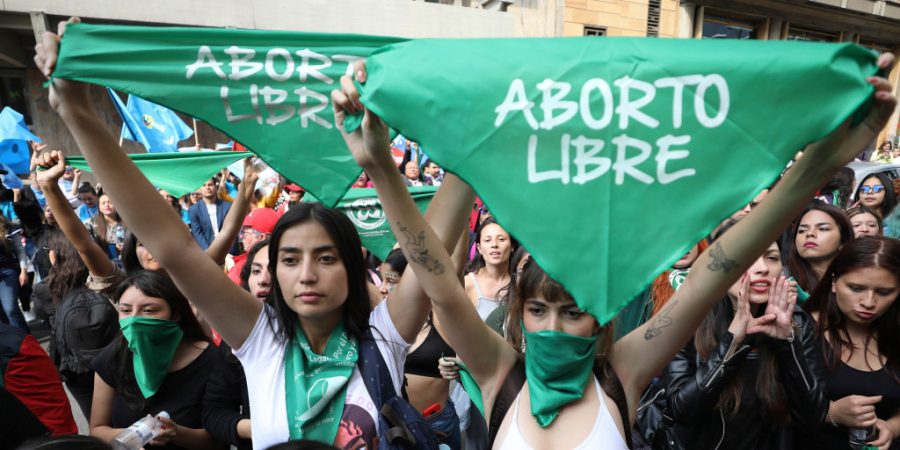 On Monday, Feb. 21, Colombia’s Constitutional Court decriminalized abortion. As women across this predominantly Catholic and conservative nation celebrated, the region reveled in the success of this movement. Internationally, onlookers praised this victory. Eyes then fell upon countries caught in the midst of their own legal battles over abortion.

This monumental decision followed a trend sweeping across Latin America, propelled by grassroots organizations and women’s rights groups. The mounting support for reproductive rights ignited the movements that paved the way for the legalization of abortion in Mexico and Argentina, with individuals from these countries amplifying the voices of Colombian activists.

Conversely, critics from Colombia and beyond launched their own counter-protests in an attempt to prevent the decriminalization of abortion — including Colombian President Iván Duque. Duque described abortion as a procedure that “goes against life,” and expressed his displeasure with the ruling. In addition, a multitude of anti-abortion demonstrations took place throughout Colombia before the Court’s verdict.

The controversy surrounding this verdict was also fueled by the fact that Colombia is a predominantly Catholic country. The Roman Catholic Church estimates that around 75% of Colombians are Catholic — a staggeringly high statistic in comparison to other nations in Latin America.

Christian groups — specifically Catholics — have traditionally stood in vehement opposition to abortion, which the Catholic Church has proclaimed to be “a moral evil.” This accomplishment for women demonstrates that even in strikingly non-secular countries, courts have the ability to prioritize citizens over religion.

The decriminalization of abortion will undoubtedly yield a decrease in hospitalizations and deaths of women across the country, with the greatest impact being felt in lower-income and rural areas. According to the Colombian Health Ministry, approximately 70 deaths a year are attributed to illegal abortions — a number that will likely fall in the months following this decision.

Furthermore, this ruling will lessen the health disparities that exist between those of higher and lower education levels, as women with fewer years of formal education were significantly less likely to have access to safe abortions under the ban.

Colombia’s strides towards reproductive rights run contrary to the recent developments in the United States regarding abortion. Following Donald Trump’s appointment of Brett Kavanaugh, Neil Gorsuch and Amy Coney Barrett to the Supreme Court, the conservative majority has been attempting to dismantle abortion protections and weaken women’s rights in the United States.

As cases dealing with abortion restrictions continue to rise throughout the United States’ court system, the integrity of the historic 1973 (Roe v. Wade) decision has become increasingly threatened, and women’s autonomy in dictating the decisions regarding their bodies is under attack.

However, Colombia’s ruling exemplifies the effectiveness of civilian demonstrations and public pressure in demanding more equitable treatment under the law. It also displays the shift in international norms that would elicit outcry and condemn any public decision to further restrict women’s rights.

As with any advancement in human and women’s rights, there is not one singular event that marks the end of the path to equality. Steps must be taken to ensure that progress does not stagnate and that all women will be protected under this law. One such necessary measure will be to open clinics across the country and guarantee that these procedures will be accessible to those of all economic statuses — since women of lower socioeconomic status are disproportionately disadvantaged by the healthcare system.

While there is still much to be done, this victory in Colombia signifies the refusal of women to be passive constituents in issues regarding reproductive rights. The decision to decriminalize abortion in one of the most Catholic countries in the world serves as a beacon of hope that women’s voices will prevail in the face of adversity — whether in Colombia, the United States or abroad — and their independence as advocates for their own bodies will persist.