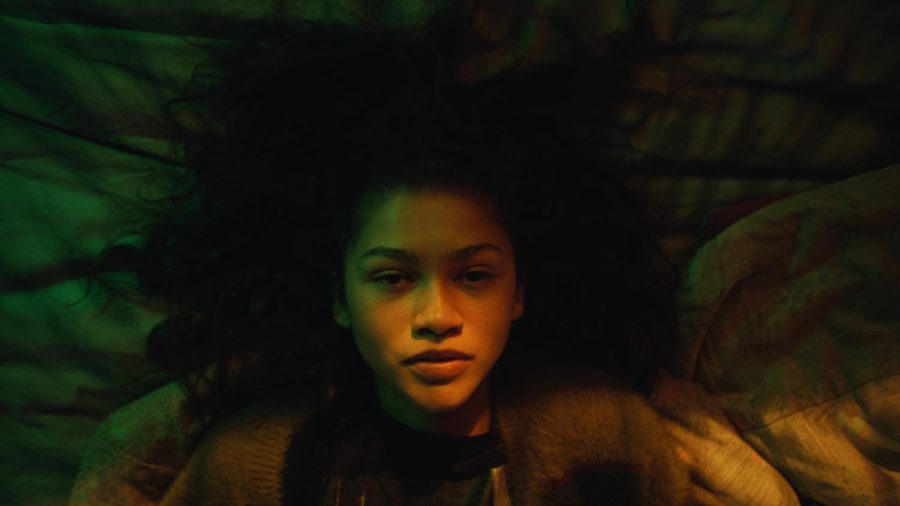 Zendaya's character battles a drug addiction in the show "Euphoria".

This article contains spoilers for “Euphoria”. Reader discretion is advised.

Since season two of HBO’s “Euphoria” premiered on Jan. 9, it has been one of the most talked-about shows on television — and for good reason. According to Twitter analytics, it is now the most-tweeted-about show of the decade.

“Euphoria” is certainly not perfectly produced — there are a number of character and plot decisions that director and executive producer Sam Levinson could be rightfully criticized for — but the show is almost perfectly nuanced. Unfortunately, much of the audience is unable to look past their superficial issues with certain characters and plot points to appreciate the show’s incredible portrayals of issues such as substance use and abuse, trauma, grief, identity and relationships.

As Zendaya once told costume designer Heidi Bivens, “There [are] two versions of Euphoria: the TikTok version and the real story that digs a lot deeper.”

Cassie’s decisions in season two make a lot of sense, especially when considering her background — particularly her relationship with her dad and her abortion at the end of season one. The same can be said for Jules — in her special episode that aired between the first and second seasons Jules discussed her struggles with femininity as a transgender woman, providing vital context for her character and decisions.

Almost none of the decisions made on “Euphoria” are baseless. I may not be thrilled with Levinson’s decision to kill off Ashtray in the finale, but I cannot say that it wasn’t thought out. Fez and Ash lead an incredibly dangerous lifestyle — and while Fez has some memories of a life before drug dealing, it is all Ash has ever known. He doesn’t have a legal name or identity records. Physically he is still a child, but he never really had a childhood. Ash’s fate effectively portrays the brutality and tragedy of his lifestyle.

However, where “Euphoria” really shines is in its portrayal of teenage addiction, which is based on Levinson’s lived experience. It doesn’t paint a pretty picture — the accusations of Levinson glamorizing drugs are almost laughable.

Addiction has the capacity to transform good, kind people into selfish, heartless ones. “Euphoria” really hammers in this truth — not only through the main character Rue but also through peripheral characters such as Lexi’s and Cassie’s dad, who effectively abandoned his family after becoming addicted to heroin.

Rue has come close to irreparably damaging many of her valued relationships because of her addiction, treating her friends, family and peers in ways that she would never do when she was sober. By the end of season two, she makes amends with many of the people she cares about — like her mother, sister and sponsor, Ali — and remains clean through the end of the school year.

However, the troubles of her addiction are far from over — the threat of repaying Laurie and the possibility of being sex-trafficked are still hanging over her head and will likely be explored in Season 3. She is still learning how to move forward and live her life without the substances that had become her crutch.

Rue, in spite of her flaws, tries to be a good person — if not for the sake of herself, then for the sake of the people she cares about. She remains a sympathetic character through it all, and among the tragedy and brutality of “Euphoria”, there is still a message of hope.

No character or action is irredeemable — with the exception of Nate Jacobs — and everyone deserves grace, both on and off the television screen.

It’s incredibly important that shows like “Euphoria” be approached with a certain mindset. Every episode begins with a disclaimer that its content may be disturbing to viewers and discretion is advised — and these should be taken to heart when watching, interpreting and discussing the show. People should not watch “Euphoria” to escape from real-world problems or put fictional characters on pedestals. People like to see things wrapped up in a pretty bow with no loose ends. “Euphoria” may not satisfy that desire, but that is the point.