Find out what makes a romantic comedy flop or flourish 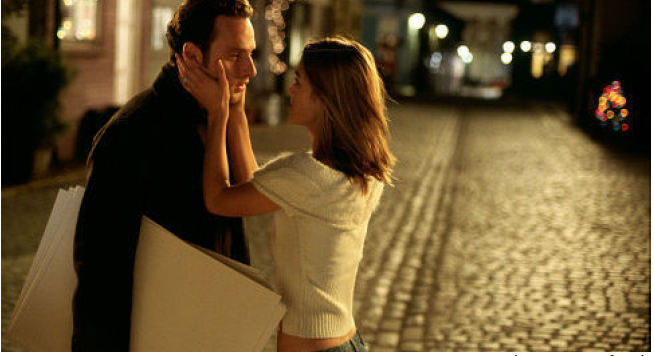 Keira Knightley and Andrew Lincoln co-star in "Love Actually", a film that follows multiple romances during the holidays.

Romantic comedies are an especially polarizing genre of movies. Regardless, in unsteady and unpredictable times, one can always rely on the comforting presence of a romantic comedy. The genre inspires joy, laughter and sometimes tears — mostly the happy kind. I often gravitate towards more complex genres, yet something about the occasional mindless and blissful film makes me feel warm and cozy. In this article, I chose to look at the dichotomy of romantic comedies — the good and the bad — because I hope to help viewers reassess the genre. Romantic comedies have more to them than what meets the eye and I hope to differentiate between quality and shoddy work.

What makes a romantic comedy fail:

Cheese. If a romantic comedy maxes out on the cheesiness scale then in my mind it loses its integrity as a film. When I watch a romantic comedy I look for three key ingredients: characters I care about, a fun setting — whether that be a workplace or New York City — and a tumultuous but entertaining journey.

If a film lacks any of these three components, then I don’t want to watch it. If I find the leading lady to be annoying or overly frustrating, I cannot get on board with wanting to see her love life succeed. If the male is reasonably unappealing and falls into the stereotype of a womanizer, I am not interested.

On another note, romantic comedies don’t work when the viewer is bombarded with numerous storylines. Yes, I am bashing the Christmas classic “Love Actually” (2003), along with its other holiday companions “Mother’s Day” (2016), “Valentines Day” (2010) and “New Years Eve” (2011). When there are so many storylines to follow, the story of the main characters is lost. Feeling either empathy or sympathy for a character is a slow burn as you see their triumphs and failures. In the previously mentioned ensemble of films, the audience doesn’t get to know any of the characters well enough to really care about their storylines. Basically, do not put a bunch of annoying people in a boring location and give their story no complexity. If you follow those simple guidelines, then you have yourself the makings of a fantastic romantic comedy.

What makes a romantic comedy succeed:

For many, these films bring comfort, escape and a dream-like state where “happily ever after” seems more possible than ever. As aforementioned, the success and appeal of a romantic comedy is the combination of loveable characters, adventures and a fun setting.

I personally enjoy the following tropes: workplace romance, enemies-to-lovers, friends slowly realizing their love for one another and the joining of two unlikely people. Yes, those tropes cover a lot of territory, but I cannot help but be a sucker for love!

Another component that propels a romantic comedy to the top of the list is a great soundtrack. One of my absolute favorites is “The Holiday” (2006). This film score was composed by none other than Oscar-winner Hans Zimmer himself, composer for films such as “The Dark Knight” (2008), “Interstellar” (2014) and “Dune” (2021). A classical film score that intensifies the love in the air is a guaranteed recipe for success. Beautiful setting, beautiful music, beautiful people — now that’s the perfect melody.