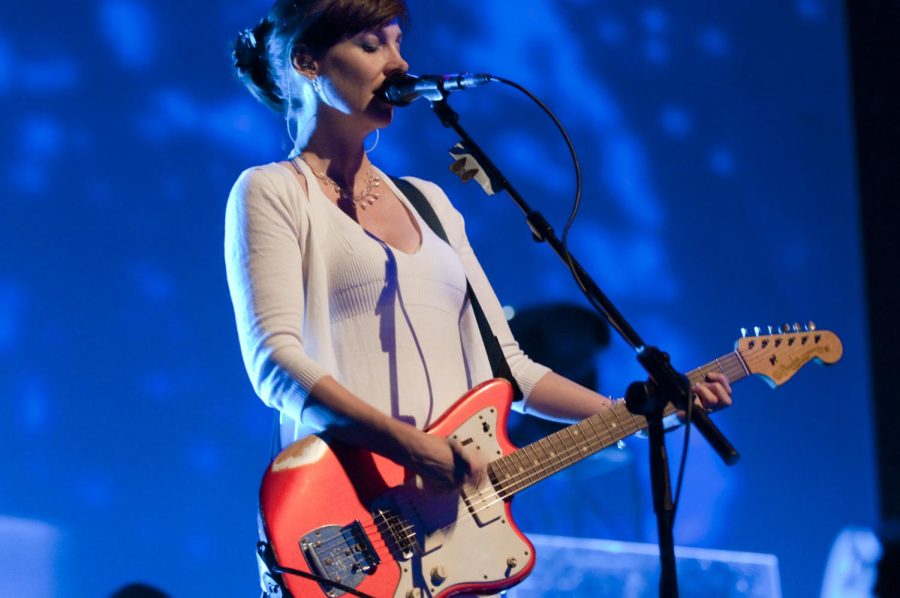 Shoegaze, also known as dream pop, got its name from its reliance on the use of guitar pedals, which prompted musicians to ‘gaze’ at their shoes while performing.

To have a perfunctory knowledge of shoegaze, you will need to know about the big three shoegaze bands: Cocteau Twins, Slowdive and My Bloody Valentine. All three of these bands rose to prominence in the early 90s, defining the sound that originated in the UK in the 80s.

Shoegaze is known for its distorted sound, abstract yet poignant lyrics and soothing melodies. Because Shoegaze singers tend to prioritize how their songs feel, there is often a lack of clarity in their lyrical content.

The lead for Cocteau Twins, Elizabeth Fraser, said, “people tend to put too much focus on the lyrics. It’s not the be-all and end-all of our songs.”

I fell in love with shoegaze when I discovered Alvvays — a band that is my classic go-to recommendation. Despite coming onto the scene in the mid-10s, Alvvays has found new space to work within in the Shoegaze genre and makes some of the most pleasing music out there. Some other shoegaze tracks I would recommend are “Kick The Tragedy” by Drop Nineteens, “When The Sun Hits” by Slowdive, “Milk” by Sweet Trip and “Starting Over” by LSD and the Search for God. The best Shoegaze songs feel like a warm hug.