Sports delivers with latest album, ‘Get A Good Look’ 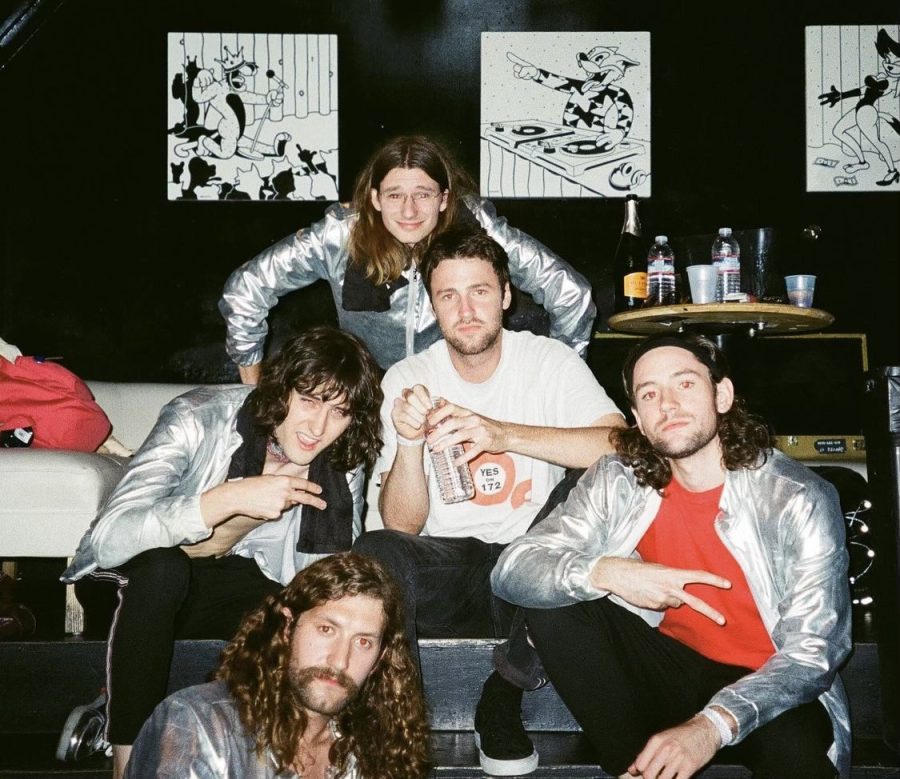 Sports delivers with its latest album.

2015 was the year that gave us the musical genre of psychedelic indie rock, characterized by synthesizer instrumentals and vibrant, dreamier melodies reminiscent of 80s dance music. The year yielded many albums and songs that helped establish the trajectory of this genre of music — Cavetown’s self-titled album, Mac Demarco’s “Another One”, Beach House’s “Depression Cherry”, Wolf Alice’s “My Love Is Cool” and — arguably one of the most iconic albums in the genre — Tame Impala’s “Currents”.

It’s okay if you don’t know who Tame Impala is — he’s pretty underground. However, the year did not only provide indie rock lovers with new music from their favorite, established artists but also gave them new artists to which to listen.

Formed in 2015, the band Sports consists of brothers Jacob and Christian Theriot and their childhood friend, Cale Chronister. The trio from Tulsa, OK had actually been playing together for years before their debut album, “Naked All The Time”. Their band name was coined as a humorous nod to their own lack of athletic abilities.

Though they are most widely recognized for their hit single “You Are The Right One”, which has amassed almost 40 million streams on Spotify and almost epitomizes shoegaze music, their newest album “Get A Good Look” displays a more unique and creative side, adding slower acoustic elements to create a unique sound.

“Get A Good Look” is divided into two halves by a 45-second intermission, with the first half of the album consisting of songs “Call Me Anytime”, “The Look”, “Baby Baby” (my personal favorite song of the alum), “Never Know”, “Tell You Something” and “Don’t Get Me Started”. This half of the album exhibits a brilliant display of the vibrant, psychedelic indie dance music that we all know and love.

Tracks like “The Look”, “Never Know” and “Don’t Get Me Started” are all much more fast-paced and upbeat, revealing a style that seems heavily inspired by Bee Gees and their pop-dance fever style of music in “Saturday Night Fever”, if only it were slightly more mellow and used heavy synthesizer riffs in the chorus. Songs like “Baby Baby”, “Call Me Anytime” and “Tell You Something” all feature similar riffs which add psychedelic indie elements to them, but their slower, more hazy tempo gives them more of a kaleidoscopic jazz feel.

In the second half of the album, Sports transitions into a completely different sound that might not even sound like the same album — or the same artist — if you don’t know what you are listening to. This half of the album places a much heavier emphasis on the “rock” element of the music while still maintaining the psychedelic-indie integrity of the music through the typical fuzzy vocals and synthesized samples.

Songs like “It Gets Hard To Be Alone” and “Get A Good Look” sound almost like if you combined dark-synth, surrealist pop with the sound of iconic rock ballad bands like Oasis. While this half of the album still contains songs that are similar to the first half, such as “Can’t Be What You Think” and “Ordinary Man”, the general vibe of the second half is much less electronic and heavily features manual instruments alongside synthesized production.

Overall, I’d say Sports’ new album is a banger with no skips. Not only does it contain more poppy 80s dance music that would draw in the audience that loved “You Are The Right One”, but it also has tracks that delve deeper into the genre of psychedelic indie with more bizarre instrumentals for their long time fans and a rock-ballad vibe to certain songs in the second half of the album, making it unique.

It seems as if the band has really found their niche within the music industry, and hopefully, they will continue to produce hit records like this one.