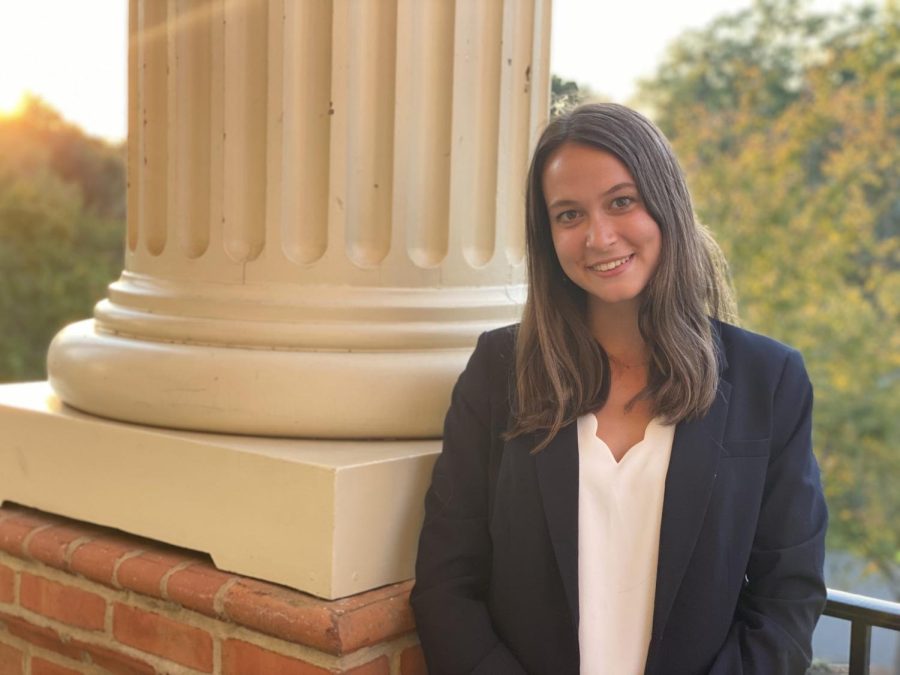 I tell this story to illustrate that I understand how Student Government can appear to students who are not part of it. I think it can seem like an exclusive, bureaucratic organization that is involved on campus for the purpose of representing students, but no one really seems to know how it works or what it is doing.

As secretary, I would like to create a better Wake Forest by improving Student Government to be a more welcoming, accessible resource that is transparent about its actions and genuinely cares about student needs and the Wake Forest community. I believe that my background as a Public Relations co-chair for two consecutive years and working in various spaces on campus during this role has specifically positioned me to be a successful Secretary who can enact change.

First, I hope to make Student Government a more useful resource for students. We think of the Office of Academic Advising and the CLASS office as student resources, but why should Student Government not be included in this list? To do this, I hope to improve communication between Student Government and students to create more opportunities for students to get to know their representatives on a more personal level. I want weekly senate meetings to be spaces where students can connect with senators to share their voices, as well as the creation of new events that engage senators with the constituents they seek to represent. As a previous PR co-chair, I have worked on this accessibility through increased social media communication, and with this foundation intact, I believe our goal should now be to create in-person avenues that allow for Student Government to be more accessible and usable.

However, to be a trusted resource, it is critical that we also work to build transparency with students. Too often students are in the dark about university policies and Student Government action where they should be the first to know. This year alone there were far too many instances where students were confused about policies and doubted who had their interests at heart. Transparency around meetings, legislation, as well as what Student Government does on a day-to-day basis will build trust and allow for students to know they are being represented. As Secretary, I hope to build this trust and transparency, so students feel safe to express their voices.

Finally, I will approach the secretary position with the understanding that this year has been difficult. As a Wake Forest community, we have faced a global pandemic, sexual assault, threats of gun violence, a fertilizer plant fire, and yes, rabid raccoons. I relate to the difficulties students face dealing with challenges while still trying to maintain positive mental health, be successful in school, and simply enjoy college. While many of these challenges are outside our control, I believe that returning Wake Forest to a place of safety, inclusion, and support is possible through intentional efforts to build community, increase mental health initiatives, and foster a sense of home on campus.

In each of these ways, I hope to be an advocate for student voices and help create a better Wake Forest for us all. Thank you and I hope you will consider voting for me on Tuesday, March 22nd.

Editor’s Note: This statement has been edited for clarity and AP Style.