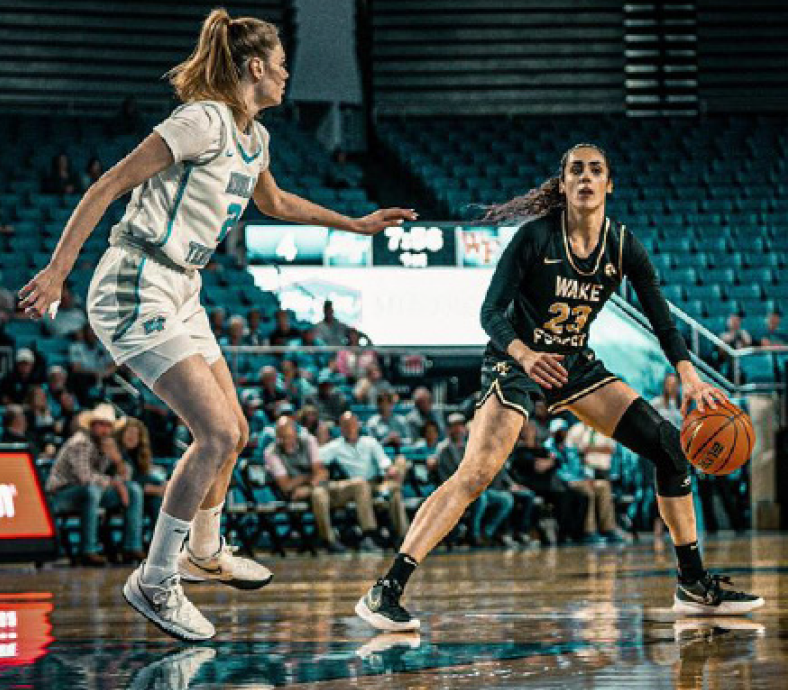 Postseason play continued for Wake Forest women’s basketball as they faced off against Middle Tennessee in the WNIT second round. Despite a hard-fought contest, the Demon Deacons came up short with a final score of 67-55.

“For our young team, these two games and this experience will be invaluable going into next season,” Wake Forest Head Coach Jen Hoover said. “The end stretch of this season was promising and something we will continue to grow on the next few months as we head into the 2022-23 season. I am looking forward to putting the work in with this team as we look ahead to next year.”

Senior forward Christina Morra scored the first six points of the game for Wake Forest, and freshman guard Elise Williams soon followed up with two points from the charity stripe to pull the Demon Deacons to within one of Middle Tennessee, 9-8. The Blue Raiders controlled the pace in the first half, but Wake Forest would not go away, with junior forward Olivia Summiel hitting a triple from the left wing to get them within two at 15-13. Middle Tennessee answered with scores on back-to-back possessions and ended the first up 20-13.

Morra continued to be a presence in the second quarter, adding to her total of 13 points in the first half. Junior guard Kaia Harrison went 3-3 in the quarter to add six points. Yet, the story of the second half was the red-hot shooting from Middle Tennessee. The Blue Raiders knocked down 58% of their shots in the quarter. The Demon Deacons trailed 38-25 going into the locker room.

Williams led Wake Forest in scoring with six points in the third quarter, as the team had no answer for Middle Tennessee. The Demon Deacons couldn’t contain the Blue Raiders as they continued to grow their lead. Middle Tennessee led by as much as 27 points and continued their dominant performance. Heading into the final quarter of play, Wake Forest trailed 59-36.

In her final outing as a Demon Deacon, Morra continued to make an impact. She hit her first career three-pointer on her first career three-point attempt. Wake Forest closed the gap at the end, going on a 17-2 run to finish the game. Harrison finished with 10 points, Williams finished with 13 and Morra led the team in scoring with a game-high 18 points. Despite winning the rebounding margin by 10, Wake Forest struggled with shooting, making a mere 30.6% of their shots from the field.

The loss ends the season for the Demon Deacons, who will look to build on these efforts next season.