"I was 25 years old. I had an undergraduate degree and a master's degree, and I could not find a job. I took a job working at the Cooker Bar and Grill in Columbus, Ohio. I was just trying to make enough money to survive." - Dave Clawson 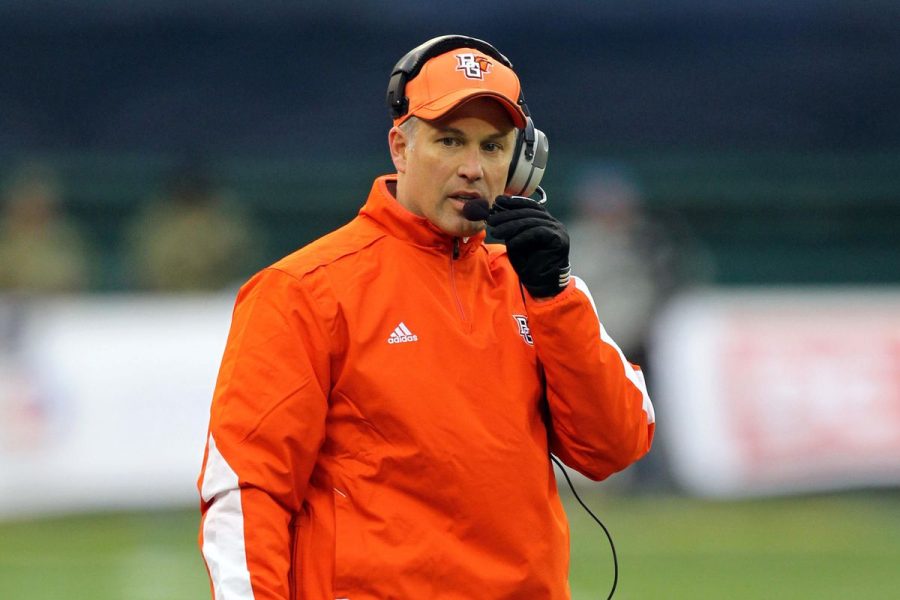 Freshly graduated from Williams College, the highest-ranked liberal arts college in the country, Dave Clawson soon found himself in a daunting position. After a year as a graduate assistant at the University at Albany and two years as an assistant coach at the University of Buffalo, he was fired for the first time.

“After my second year [at Buffalo], the head coach left, and we all got let go,” Clawson reminisced. “So I was 25 years old. I had an undergraduate degree and a master’s degree, and I could not find a job.”

A diploma from one of the best schools in the country would cause little concern for most. For Clawson, there was a major problem, though. A job in football was nowhere to be found. So, with two degrees in hand, he found a job at the Cooker Bar and Grill in Columbus, Ohio.

“I was waiting tables, trying to make enough money to survive so that I could get back into coaching,” Clawson said.

Rather than being discouraged, Clawson recalled his time at the Cooker fondly. It was there that he first realized how much being a coach meant to him and that it would be something he wanted to do for the rest of his life.

“I was probably more determined than ever at that point,” Clawson said. “I knew that I wanted to coach because, even in those three to four to six months that I was waiting tables, I missed it. I missed being part of a team, I missed coaching and I missed being around student athletes.”

Clawson continued: “At that point, there were no U-turns.”

Even after finally getting a job as the running backs coach at Lehigh University, Clawson thought back to his time as a waiter often. It was motivation, a memory of a time when life wasn’t so easy.

“I have my Cooker Bar and Grill name tag right in front of my computer,” Clawson said. “I keep it there every day, just as a reminder of where I’ve come from.”

He wasn’t lying. As I prepared to leave Clawson’s office, the interview completed and the thanks given, he called me back in. With a smile on his face, Clawson says, “Here, I want to show you something.” As I approach his desk, I notice two name tags propped against his computer. On the right, with a sharp black background and gold lettering, is his name tag for Wake Forest. It reads: Dave Clawson, Head Football Coach. On the left is his faded-looking name tag from Cooker Bar and Grill. It reads: Dave.

After the Cooker Bar and Grill, Clawson was hired as an assistant coach at Lehigh for one year, then spent two more as the Mountain Hawks’ offensive coordinator. After Lehigh, Clawson spent three years as the offensive coordinator at Villanova. Finally, in 1999 — six years removed from the Cooker — Clawson finally reached the position of head coach at Fordham University.

The year before Clawson became the head coach at Fordham, the team went 4-7. In Clawson’s first year, they didn’t win a single game, going 0-11. Once again, questions on if coaching was for him set in. But just like at the Cooker, there were no U-turns. The work had to go on.

From there, it got better: 3-8 in 2000, then 7-4 in 2001 and finally 10-3 in 2002, when the Rams made it to the FCS Quarterfinals for the first time in program history and finished as the No. 12 team in the nation. That year, Clawson was named both the Patriot League and I-AA National Coach of the Year. Following a 9-3 year in 2003, he departed Fordham having broken 61 team and individual records.

After Fordham, Clawson took a step forward to Richmond as the head coach. From 2004 to 2007, he led the Spiders to three consecutive winning seasons for the first time in 52 years. In his final year, Richmond notched a school-record 11 wins and reached the FCS Semifinals, and Clawson was named the Virginia Division I Coach of the Year, beating out Virginia Tech’s Frank Beamer and Virginia’s Al Groh.

Then, 15 years removed from the Cooker, Clawson hit the big-time — SEC football — taking over for David Cutcliffe as offensive coordinator on Phillip Fulmer’s staff at Tennessee. Clawson, however, left the program after a tumultuous year in Knoxville and was out of a coaching job for the first time since 1992.

But life for Clawson was not like what it was in his Cooker days. Just days after leaving the Tennessee program, he was named the head coach at Bowling Green University. There, Clawson put his name on the map, winning the 2013 Mid-American Conference Championship over then-No. 16 Northern Illinois, the program’s first conference championship since 1992.

That night, then Wake Forest President Nathan Hatch and Athletic Director Ron Wellman were in the crowd. Four days later, Clawson was announced as the next head coach at Wake Forest.