"We're not going to surprise people anymore. We're probably going to go into next season as a nationally ranked program. I don't think people on the schedule are overlooking us anymore." 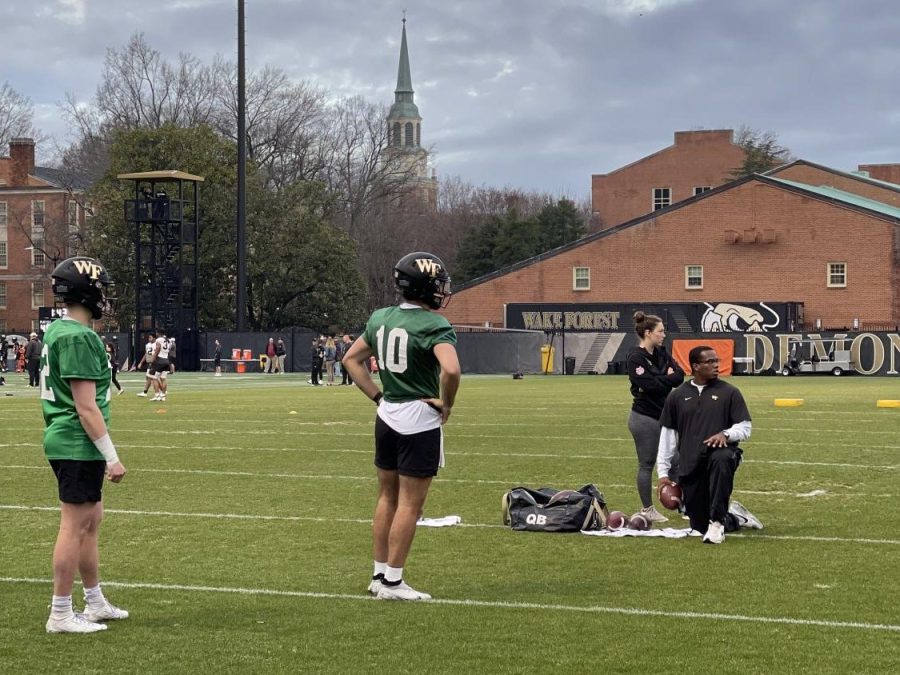 Quarterback and redshirt junior Sam Hartman prepares for the 2022 season.

When I met with Dave Clawson in early March, there wasn’t much looking back on the 2021 season. His view was mainly looking forward. The schedule for the 2022 season has already been released. The 2021 campaign is now a season of the past.

Clawson, following concerns that he might leave Wake Forest for a new job, signed a long-term contract to remain in Winston-Salem for nearly the next decade. Along with that, as Clawson mentioned, the focus is always on facilities.

Wake Forest University and the athletics department recently broke ground on a new, state-of-the-art addition to their current football complex, spearheaded by a $20 million donation by Bob McCreary, a long-time supporter of the school. The new addition will go a long way in maintaining, and adding to, Wake Forest’s ability to build the program for the future.

“Everything’s incremental,” Clawson said. “I felt that once we have some success on the field, we were going to have to show the next generation of recruits that we were committed and that this wasn’t a blip.”

With the commitment from Wake Forest, along with the success of the football program, the future looks bright.

“It was always my goal, from day one, to build a sustainable, elite program,” Clawson said. “We want to be a program that is consistently nationally ranked, whether it be the Top 20, Top 15 or Top 10.”

Clawson continued: “That’s the new standard. Can we get into the Top 10? Can we get back to the ACC championship game and win it? Can we get in to the discussion for the college football playoff? Those are the goals of the program.”