"Fifteen years ago, I was here in the same building under the same circumstances. Then my next year at Texas A&M we went to the NCAA Tournament. We have great momentum with our program and I'm very excited for the future of Wake Forest Basketball." 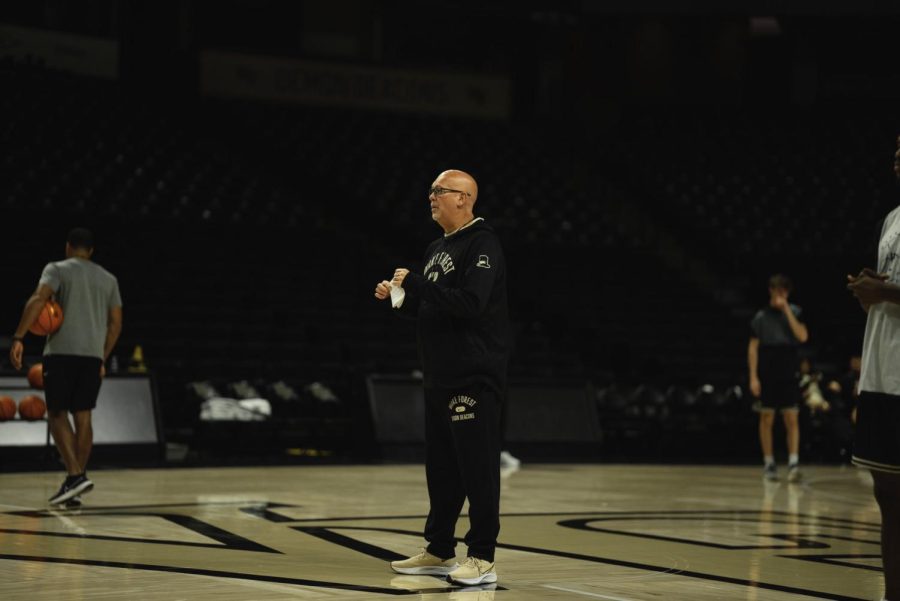 Despite the pain that missing the NCAA Tournament and losing in the NIT caused the fans of Wake Forest, the complexion of the Demon Deacons remains the same. Wake Forest is ahead of schedule. In his first year, Steve Forbes won six games. In his second year, it was 25. Who knows how many games there are to be won in year three, but if the total is more than 25, then Wake Forest will return to the NCAA Tournament. The Demon Deacons are on the other side of the bad times, and they are well on their way to going from this year — the good times — to the great times.

“We went into every single game this season with confidence and thought we were going to win,” Isaiah Mucius said after the loss to Texas A&M. “It had been a long time since I was able to feel that way. I’ve been on the dark side of Wake Forest Basketball. To be on the other side is special to me.”

Things will change. The faces of players donned in black and gold jerseys will be different. Alondes Williams and Khadim Sy will both be gone for sure. Jake LaRavia, Isaiah Mucius, Daivien Williamson and Dallas Walton have declared for the NBA Draft, but have left the door open to return and use their remaining eligibility.

And don’t forget about the signings and potential transfers that could join the program. Last year, each and every transfer had an impact. One of them was the best player in the entire conference. No matter what, Wake Forest is likely to retool and get better.

What won’t change is the face at the front of the bench — the coach and leader. Steve Forbes will be back and better than ever. With him at the helm, anything is possible.