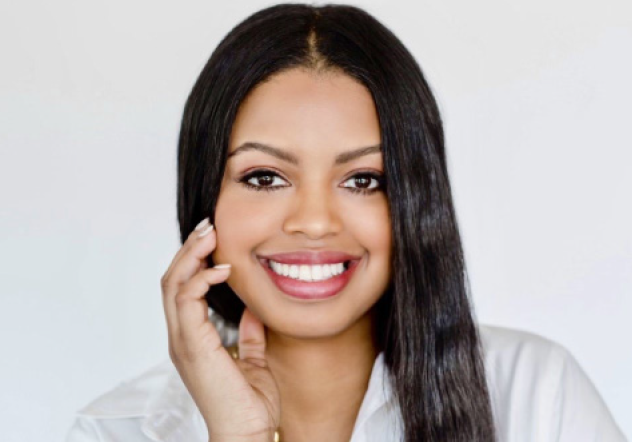 Sanders is the founder of NeuroVice.

Ashlyn Sanders, a first-year student at Wake Forest Medical School, is the founder and CEO of NeuroVice, a company that produces first-to-market medical device technology for seizure patients. The device — housed in a portable, tear-away pouch — is single-use and prevents oral injury during seizures. NeuroVice executives are currently meeting with officials from the Food and Drug Administration (FDA) and pharmaceutical companies in hopes of making the technology available to the public in 2023.

How did you initially come up with the idea for your product?

I wasn’t planning to become an entrepreneur — I always like to say that entrepreneurship chose me. I was a few weeks into graduate school at Duke University, pursuing my master’s in bioethics and science policy. Right after I turned 22, I was diagnosed with a rare and incurable neurological condition called a Chiari malformation. I was rushed into emergency brain surgery the same day that I received my diagnosis, and I spent quite a bit of time in the hospital recovering. I had to relearn basic things like walking, eating and talking.

The following year, I went back to Duke, pretty much against the advice of everyone, including my physicians. I was determined to finish my Master’s degree. It was during that year that I started to think about this technology idea, based on my own patient experience of suffering from seizures and the realization that there hadn’t been anything ever created to address this problem.

My ultimate goal had always been to become a physician, but I decided to put that goal aside for a little while to get this device developed and out into the world.

Can you explain this unmet need that people with seizure disorders often experience?

A seizure is a pretty devastating episode in which your autonomic nervous system is completely out of control and your body starts to shake uncontrollably, which forces you to bite down on your tongue and cheeks repeatedly with an excruciating amount of force. The result is lacerations or injuries that can go on to lead to a person choking on blood or saliva. All of those things impede someone’s ability to breathe properly and can lead to serious complications or even death.

The oral health consequences of seizures have never been adequately addressed in the marketplace. It’s so prevalent, in fact, that it has its own bullet on every seizure safety guideline that says “do not put anything in a person’s mouth.” That was actually really helpful for us because we knew that we are on the right track. They were telling people not to do something, because obviously, people are doing it while doing it unsuccessfully, or unsafely.

In the past, people have been so desperate for a solution to this problem that they’ve used hazardous objects — spoons, towels, pencils, really anything they can get their hands on — to try to protect a person experiencing a seizure.

What was the process of taking NeuroVice from an idea to a fully-developed company?

I was young when I started the company. I’m female, and I’m also African American. All of those things combined, based on the statistics, are not conducive to success in a startup. African American women only raise about point two percent of all venture capital funding, which is pretty egregious. Nonetheless, I persevered and remained committed to the idea that I was really solving a significant unmet need and was going to improve the lives of millions of people. The communication that I received from patients and caregivers saying, “please continue with this, we really need this device,” also made a difference.

Our breakthrough came when I wrote to Charles Barkley, guest shark on “Shark Tank”, explaining my story and what we were developing and how groundbreaking and disruptive this would be. And sure enough, he actually responded and invited me down to Atlanta to pitch to him, his financial advisor, another advisor and two neurologists.

So I went down and discussed the business opportunity with him, and then I received a call a few months later that he would actually invest. He was my first really large angel investor. Since then, it has not been quite as difficult to raise money — we’ve now raised over $700,000 and invested a little bit over a million total with grants and other funding.

How would this device be administered to patients?

Right now, the FDA is requiring that [NeuroVice] act as a prescribed device, so patients will get this from their neurologist or primary care physician. It comes in a little disposable pouch. When a person starts to feel like they’re about to have a seizure, they’ll take this device out of its pouch, place it in their mouth, and unfortunately, have the seizure. But while they’re seizing, they’re protected.

It can also be administered by a caregiver. One of the unique features of our device is there’s a handle feature on it, so it enables safe placement by either an assistant or the patient themself. After that, they just discard it and restock their bag.

The other applications are used as emergency medical devices. There are 12 million seizure-related calls to 9-1-1 a year in the United States, so EMTs and first responders were a pretty significant portion of our focus groups and studies. What we learned from them was that it’s really hard for them to maintain an open airway for seizure patients and to attempt to prevent some of these injuries can lead to bloody lacerations or significant injuries.

Our device will enable them to manage the airway better because it keeps the mouth open a little bit and allows for the administration of a suction catheter or emergency medication. The last application is in the hospital, where patients may be under medical observation.

How have you been able to balance attending medical school and your responsibilities at NeuroVice?

It’s difficult. You have to put in the time in both areas, so you really don’t have time for yourself. One of the reasons why I decided to start last year was because we were getting to this nice inflection point of getting to the regulatory process, so I didn’t need to be as significantly involved in an executive role as I was when we were actively fundraising. I felt like it was a really opportune time for me to go to school. It’s definitely been quite a challenge, but I’m able to manage it.

I always say that, if I can get through graduate school while being a sick patient, I can probably get through anything. And so while it’s been tough, I have been able to do it. I’m really excited about finding a nice home for this product and getting it out into the world next year.

Correction: An earlier version of this article stated that NeuroVice had raised $100,000. The actual amount is $700,000.