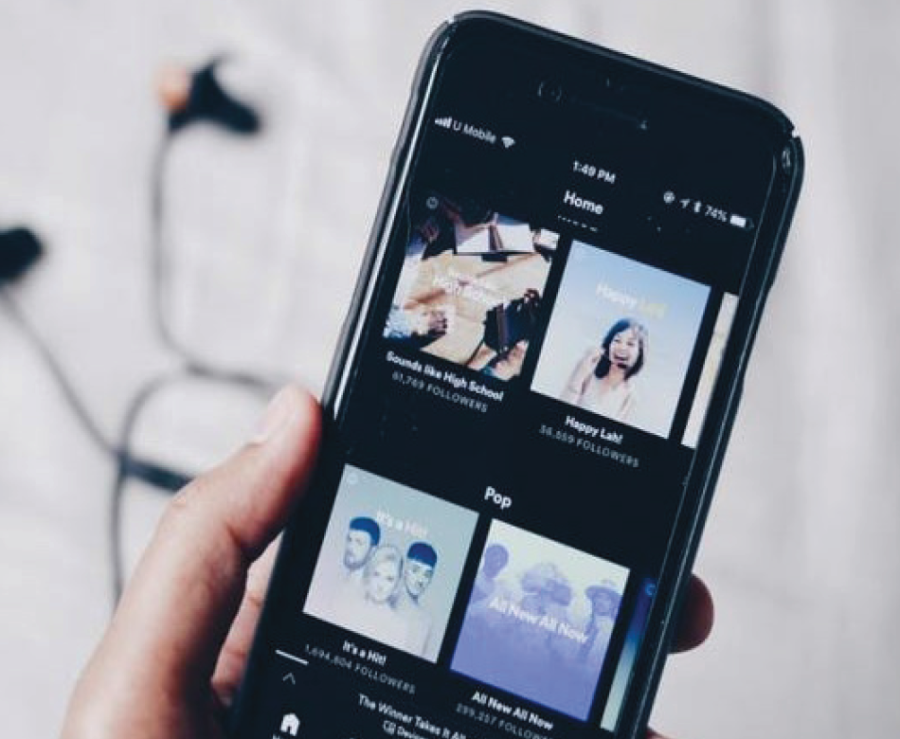 Before 2010, digital platforms for streaming music, like iTunes, provided not only an online outlet for listening to music but also an increasingly cost-effective and seamless way to do so in comparison to physical media. You may even remember the times of purchasing songs off your iPod for $1.29 or an entire album for not much more than $10. You could plug your headphone jack into the aux port and begin streaming your freshly downloaded music in seconds, all without having to leave your house.

Fast forward 10 years, and you now have access to nearly every song in the world, readily available, wirelessly, with the click of a button — all for a mere $10. Streaming services have not only revolutionized the music industry and the way we interact with music, but they have also disrupted the trend of physical media that has existed in the industry since its conception over 100 years ago.

As the music industry has evolved, so has its process of recording and selling music. As such, the culture around an album’s design and release format has grown to contribute a lot to the experience of listening to and owning music.

When album cover art emerged in the 1960s, physical media was revolutionized. What often accompanies an LP in an official release is not only its physical artwork but additional photos, informative background information and even some additional merchandise. And truthfully, this tradition is still carried out today as artists continue the release of physical media. However, since the inception of streaming services, this culture has changed drastically.

With the meteoric rise of streaming services such as Spotify, Apple Music and Soundcloud, there has been a forceful change in the way music is consumed and made. Within a single decade, musicians and record labels have had to transition from earning a good sum of profits from selling physical wares to abandoning the market of selling CDs and vinyl records almost entirely.

Unless initiated by a record label, artists will independently sell their physical media along with most of their merchandise. Physical media has become less of a source for listening to music, and more an extra way to support and represent your favorite artists. Now, what does this mean for the industry? Should we be using streaming services? And if so, how does this affect the artists?

Well, it is quite remarkable to witness such a rapid and forceful shift of market structures in the industry due to streaming services. Music industries have had to shift to a performance-centered profit model for the artists and labels as a result of streaming services. For some context, artists are paid between $0.003 – $0.005 per stream via Spotify.

This means even for artists like Drake, opportunities for large profits are uncommon within streaming services. Shifting to a performance-heavy way of life for artists is not something new to the industry, but its impact stretches farther than one would think. Artists have turned to an over-emphasis on live music as a means to stay financially independent and the results have exposed some clear flaws.

The prime example of this would stem from the recent COVID-19 outbreak. Upon the commencement of the national pandemic — and subsequent lockdown — musicians were forced to close up shop just like any other small business owner at the time. The possibilities for incomes were limited — with no live performances and a lack of reliability in regards to receiving small business relief grants.

The pandemic corrupted the live performance model of business for musicians while exposing the true implications of bargain prices for streaming services.

Alternatives have arisen over the past few years — most notably the rise of Bandcamp, a streaming platform featuring a restructured payment model to better compensate artists. This is accomplished by the seller dropping Bandcamp’s cut of the profits from 15% to 10% once a seller reaches proceeds of $5,000. Some artists have even gone as far as to create their own devices for streaming music, such as Kanye West exclusively releasing his latest album, “Donda 2”, on his “STEMPLAYER”.

As listeners become aware of the apparent “theft” occurring amongst streaming platforms and artists — and as alternative resources for streaming become available — should they continue to use streaming services? I think I could safely say that all of us would like to see our favorite artists be paid more, but very few, if any, would step forward and cancel their Spotify subscriptions.

Today, there are more options for streaming music than ever before, and your personal freedom to choose how you invest in your favorite artists factors into this. I think that without drastic changes in the market, current platforms like Spotify will continue to thrive, and consumers will continue to benefit from the low price points provided.

However, freedom of personal expenditure with the variety of ways to support artists leaves you, the consumer, with the real choice; how do you want to support your favorite artists?