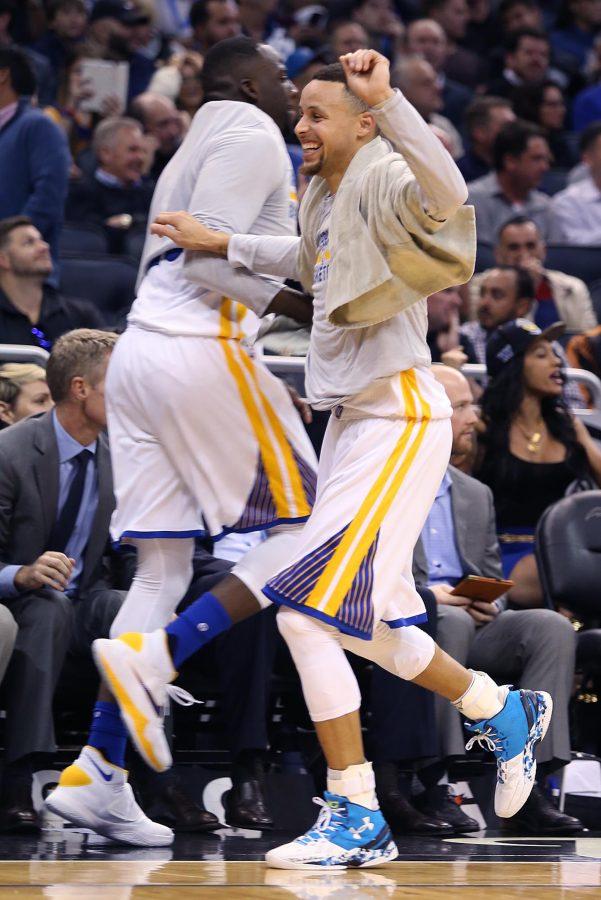 Some former NBA players cannot seem to grasp what is obvious to the rest of us: Their teams would lose to the Golden State Warriors.

“When I played…if you shot outside and hit it, the next time I’m going to be up on top of you. I’m going to pressure you with three-quarters, half-court defense,” Robertson said on The Mike and Mike Show on Feb. 25. “But now they don’t do that.

These coaches do not understand the game of basketball, as far as I’m concerned.”

Is it a lack of respect for the Warriors? Or is it simply just a variation of how each preceding generation thinks it was better than the succeeding ones?

NBA coaches actually agree with Robertson, though. They do pressure Curry far from the basket with double teams and physical defense. Besides for two games in last years NBA Finals, a performance that could easily be attributed to nerves, it has not worked.

All the while, current players have profusely demonstrated they are in awe of Curry and the Warriors. Any NBA fan who was on Twitter the night of Feb. 27, in which Curry’s last second 32-foot three-pointer knocked off the Oklahoma City Thunder, saw Curry’s contemporaries compare him to Jesus, claim he can’t be human and declare him the best shooter. Ever.

A tweet from Toronto Raptors point guard Kyle Lowry sums up how Curry’s peers feel about him.

“This my last one: this is dope looking on my timeline and seeing how many players are talking about how good Steph is.. He’s amazing!! gn,” Lowry said on Twitter.

Fortunately, even with former NBA veterans Charles Barkley and Ron Harper making similar comments to Robertson’s earlier this season, most seem to appreciate the talent of Golden State. That includes Magic Johnson.

“[Curry] has a chance to be the greatest player we’ve ever seen, if he plays at this level for the next 4-5yrs!,” Johnson tweeted Feb. 27.

That discussion is a fun one to have, but not at the frequency when one team cannot be mentioned without the other.

As sports culture continually reminds us, though, we can never just appreciate greatness for what it is. We have to compare it to something or someone else to understand it.

Too often that leads to attempts to diminish what we should praise. We, as a culture, spent the greatest years of Lebron James’ career comparing him and his career to that of Michael Jordan’s, instead of just enjoying the great things that James was doing. In this case, Curry and the Warriors are putting on one of the greatest shows in sports history, and it is time that we appreciate that.