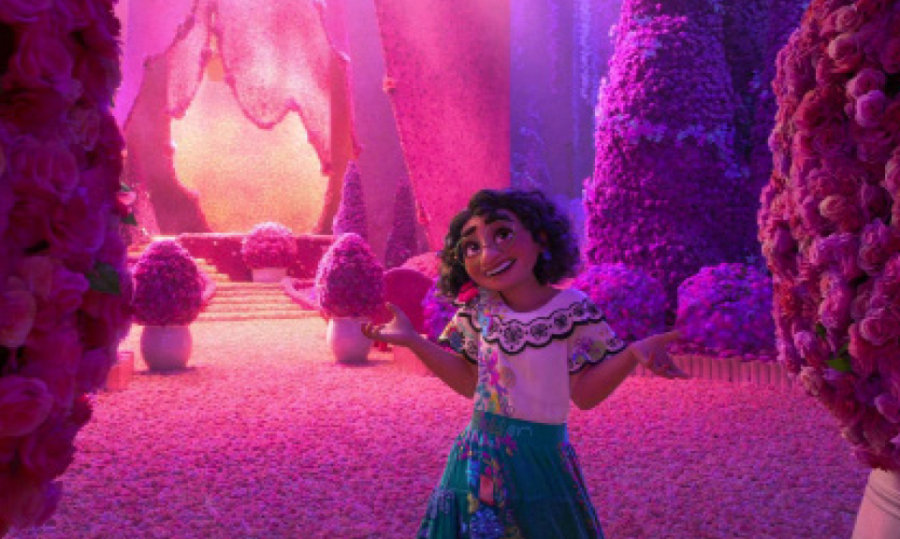 Ask any girl about her relationship with her mother or grandmother, and she will either sigh, laugh or utter a curse word — and often times all three.

Growing up is hard. How is a teenager supposed to discover herself while she lives in the shadow of the women that people expect her to become? Disney, and its subsidiary Pixar, have recently released films exploring this complicated question.

“Encanto” soared in popularity during the holidays. With a cast of magical Colombians exhibiting the diversity of Afro-Latino families and acclaimed composer Lin-Manuel Miranda behind the score, the movie was an assured success. A hit song from the film, “We Don’t Talk About Bruno”, remains second on the Billboard Hot 100.

However, hidden behind the colorful animation is a deeper message about generational trauma. A tear-jerking scene depicts young Abuela Alma, the family’s matriarch, losing her husband while fleeing a village raid. His sacrifice bestows upon the family’s children and grandchildren supernatural gifts.

Abuela copes by raising her family to use their gifts generously to ensure the magic continues protecting them. Lost in grief, Abuela begins reducing her family’s worth to the usefulness of their supernatural power. The graceful Isabella must only create perfect pink blossoms and Luisa, blessed with super-strength, must shoulder the weight of the family’s every issue. In “Waiting on a Miracle”, Mirabel, the protagonist and sole family member without powers, heart-wrenchingly sings that her lack of powers makes her feel worthless.

Director Domee Shi further explores this theme in her recent release “Turning Red”, in which thirteen-year-old Mei balances self-discovery with maintaining her mother Ming’s approval and the family curse that causes her to transform into a giant red panda whenever she gets emotional.

Difficulties between mothers and daughters often arise because the two have a strong bond based on the daughter’s obedience. A teen fears losing this relationship if she changes, but change is an unavoidable part of growing up. A disparity grows between a daughter’s true personality and the person her mother thinks she is.

Homelife becomes an identity crisis. As Mei puts it, “I do make my own moves, it’s just that some of my moves are also hers.”

Living a double life is not sustainable. In “Turning Red”, Mei’s daring and energetic inner self is represented by the panda, which she must banish in order to follow the family tradition.

When her grandmother arrives and Ming transforms from surefooted to nervous, the generational cycle becomes clear: Ming learned that her maternal duty is expecting perfection. How could she parent any differently?

The greatest strength of these movies is their lack of a true villain: the older women love as they were taught to love. The new generation rises above their ancestors’ destructive legacy.

Scrolling through Tik Tok showed me that I was not alone in resonating with these characters. User after user admitted to feeling suffocated by familial expectations. Like Mei and Mirabel, many spent their childhoods searching for ways to become more lovable.

Protagonists confront their relatives with drastic consequences, but oftentimes things must break before being rebuilt. The creators of these films give fans the chance to begin difficult conversations with a movie night.