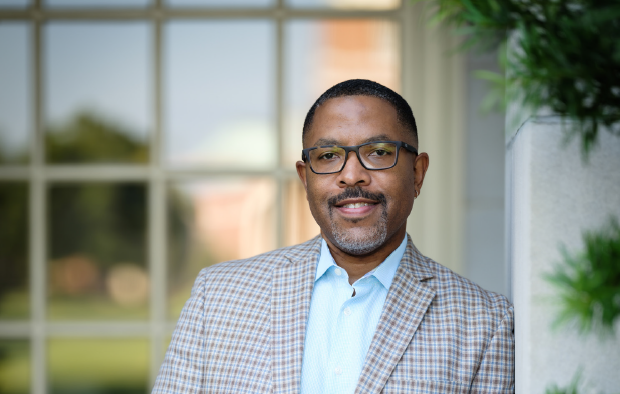 Corey D.B. Walker is the Wake Forest Professor of the Humanities and the director of the African American Studies Program since its establishment in 2021. Walker helped found the program’s major and minor, as well as design its course curriculum. He is the author of “A Noble Fight: African American Freemasonry and the Struggle for Democracy in America,” published by the University of Illinois Press. Walker continues to support the expansion of the discipline and promote Africana philosophy, knowledge and community at Wake Forest through his work on the “Slavery, Race and Memory Project.”

Tell me about your path to Wake Forest?

I’ve been in the academy for a number of years and taught at a number of schools. I taught at the University of Virginia and then at Brown University, where I was chair of Africana Studies. I was dean and the Hanes Professor of the Humanities at Winston-Salem State University, where I interacted with colleagues in the humanities here at Wake Forest — particularly with Dean of the Library Tim Pyatt and Provost Rogan Kersh – and worked with them on what began what is now the Slavery, Race and Memory Project. I [later] came here, first as a consultant with the Slavery, Race and Memory Project and then was invited to join the faculty as the Wake Forest Professor of the Humanities.

When did you become involved in building the African American Studies Program?

What prompted the establishment of the program?

Was the suggestion to introduce the discipline well supported by the university?

We had great support. When coming here, [support] was one thing that I had to look [for]. Does the faculty want this? Is there student interest? We also have academic leadership at the university that’s critically supportive of the program and of this scholarship. The most important thing is that there is an opportunity for Wake Forest to not only develop a distinctive program that responds to the knowledges of Africans and persons of African descent across the diaspora, but also to respond to some of the unique opportunities for developing scholarship in Winston-Salem and in the Piedmont Triad area.

How have recent social and racial movements in the U.S. over the last few years influenced or changed the program’s curriculum?

The American Spring, as I call it, the time of George Floyd and Breonna Taylor, going back to Trayvon Martin in 2012, and of course, the Jena Six, is really a moment of fundamental transformation, inspection and reinterrogation of American democracy. In that moment, you have to reorganize and rethink the foundations of knowledge and the organization of knowledge in the modern university. That is what Black Studies does. In this moment, when you’re trying to fundamentally rethink a moment of rising authoritarianism globally, as well as locally. You’re trying to rethink movements of deep ethnic antagonism, deep political partisanship, rising moments of deep capitalist inequality and also a moment facing the diversity of the world and the planetary crisis. Black Studies provides us with the requisite intellectual skills to navigate a very complex world and understanding that it is not one disciplinary domain that can respond absolutely.

How did you decide what themes and concepts would be addressed in each course?

There are courses that were offered here at Wake Forest that fit within an interdisciplinary framework of African American studies, and we looked at those courses with our colleagues and departments to see what courses would fit. African American Studies, as a discipline, has certain theories, methods and conceptual frameworks, and we provide a way of integrating in those courses for students. Students have to take a course in slavery or race in the making of the modern world, because when you look at over half a millennium of the transatlantic slave trade and European colonialism, you can’t think about the modern world outside of that context. Also in African American studies, we have courses that range from the aesthetics of the Black arts movement to Africana philosophy to organic leadership.

What is your personal expectation for a student who successfully completes a major or minor in this program?

We want students who are critical thinkers and who continue to exhibit a level of curiosity about the world and human experience that goes beyond the classroom. We want students who see the intimate connections between knowledge and the ability to create new worlds and connect with the community beyond the university. Most importantly, we want to create students who are committed to creating a more humane and just future. In many ways, that is the core goal of Wake Forest University. That’s our motto: Pro Humanitate. So we see African American Studies is right within the center, creating knowledge for humanity.

What is your favorite part about teaching and helping to grow the program?

I love interacting with students. [In a recent] class on Amílcar Cabral, a great leader and theoretician, was amazing. We were talking about Cabral’s speech from 1972 at Lincoln University. We were connecting what Cabral was saying to today and how his method of theorizing political movements and society is deeply informative not only to students in 1972, but also students in 2022. Cabral is one of these key figures that is animating global movements. In African American studies, you get to study those global movements and those thinkers who are animating these movements for change, and that’s an exciting moment: students being able to connect and see how these knowledge formations are influencing today’s events.

The beautiful thing about African American Studies is that we interrupt a disciplinary decadence in the academy – that [tells us] discipline is providing the answers. People with critical, creative and collaborative forms of knowledge, can then work better to respond to the crises of humanity and our existence. They also can tell us more about the ways in which people respond historically, in our past as well as in our contemporary moment.