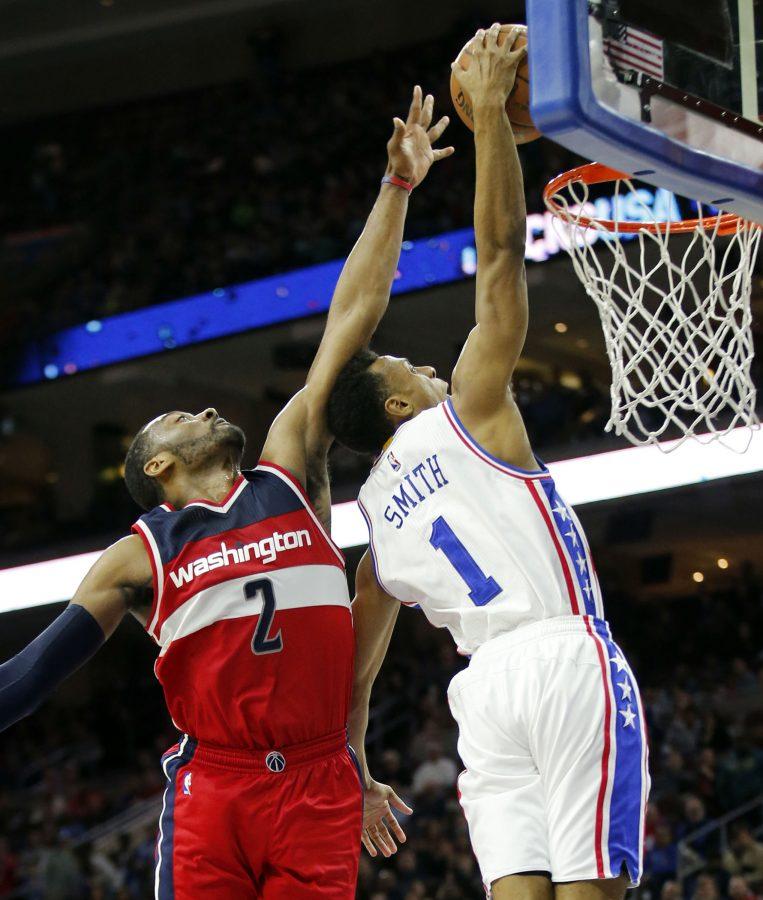 Since the all-star break, the NBA has not seen a considerable change in division or conference standings. However, it has had some incredible games featuring big-time performances from the players we know best.

This past weekend in particular played host to a number of crazy games, with one being the clear game of the week, maybe even the game of the month.

The game of the week goes to the Thunder vs. Warriors. The Oklahoma City Thunder hosted the Golden State Warriors on Saturday night in what could possibly be a Western Conference Finals preview.

Stephen Curry and the Warriors got the win in overtime in front of a loud Oklahoma City crowd, becoming the first team to clinch a playoff spot in February since the 1987-88 Lakers. Curry, who scored 46 points, hit the game winning three point shot from way outside the arc, nearly 30 feet from the hoop.

Curry, with his record tying 12 three-pointers, beat his own record from last year for the most three pointers in a season,  having recorded 288 following Saturday’s game. So, Curry and the Warriors snuck out of Oklahoma City with a three point win and a 53-5 record — the best 58 game record in NBA history. This potential Western Conference Finals matchup was entertaining to say the least.

On the opposite side of the standings, the Philadelphia 76ers were eliminated from playoff contention on the last day of February, following a loss to the Washington Wizards.

The 76ers, who have an 8-52 record, have not been able to find a tempo this entire season and continue to lose leads and momentum down the stretch — as was the case against the Wizards. The 76ers are the first and only team to be eliminated from playoff contention this season, this news coming only weeks after the NBA all-star break.

Staying within the Atlantic Division of the Eastern Conference, the Toronto Raptors and Boston Celtics look to remain strong and represent the division as the No. 2 and 3 seeds within the Eastern Conference playoff picture as it stands today. Boston, who is a perfect 10-0 in their last 10 home games, continued their dominance at home over the past week.

They took down the visiting Miami Heat by a score of 101-89 on Saturday with six players reaching double digits.

On Monday night, the Celtics came back to beat the Utah Jazz in an incredible performance by Isaiah Thomas and Avery Bradley, who made the block that secured the Boston win.

The Toronto Raptors came off a streak of four wins before they lost to Detroit by 13 points on Sunday night. Kyle Lowry, Raptors point guard, was absent for the game and the Pistons certainly took advantage.

The playoff spots in the East are very much still up for grabs, and the last few weeks of the regular season should be extremly exciting. Watch for a competitive playoff run by both Boston and Toronto as the playoff picture becomes more clear and defined in the final the stretch of the season.