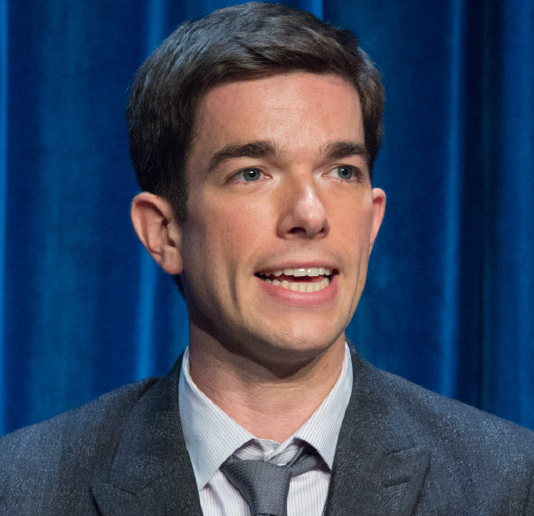 John Mulaney kickstarted his career on "Saturday Night Live" in 2009.

The reoccurring stereotype for comedians is a tragic life in which comedians use humor — and sometimes substances — to cope. Jim Carrey used to live in a van and work as a janitor. Gilda Radner died at age 42 from cancer.

Other comedians’ lives diminished too quickly, such as Chris Farley, John Belushi and Robin Williams — all passed away from addiction or mental illness. John Candy from “Uncle Buck” died of a heart attack from a speculated binge-eating disorder brought on by personal issues. The downfall of many of America’s most beloved comedians is not an uncommon narrative, and John Mulaney has recently added to this trend.

Mulaney is the voice of the awkward, pubescent Andrew Glouberman on the animated Netflix series “Big Mouth”. Similarly, his stand-up on Netflix illustrates a narrative of an anxiety-filled, young kid who observes the world around him with humor but has a seemingly strong head on his shoulders.

I would anoint John Mulaney as “the comedian for the people” — the five-time “Saturday Night Live” host brings a style of humor to which people can relate. Mulaney guides us towards the idea that we are allowed to laugh at society’s downfalls as well as our own. We all have felt awkward moments or noticed something peculiar in everyday life that Mulaney emulates in his comedy, making his performance style personal and relatable.

Throughout Mulaney’s stand-up, he often shares his failures as a laughing point for the audience. Mulaney often recalls how he auditioned and was denied for “Saturday Night Live” multiple times but was then offered a position to be a writer on the show. I tend to find enjoyment in the content of his oddly-dominant French bulldog, Petunia, whom he portrays with human-like characteristics.

Mulaney’s “Street Smarts” bit makes me giggle every time. His portrayal of grade school assemblies and the bizarre guest speakers that would inevitably be presented in front of a room full of eight-year-olds who have no concept of what is happening is hilarious. One of his classic — and my favorite — bits is of how much he loves his now ex-wife, Anna Marie Tendler.

Even with the outstanding comedy and relatable content that Mulaney gives to the world, he could not escape from the craziness of Hollywood. From December 2020 to about December 2021, Mulaney attended rehab for cocaine addiction, divorced his wife who helped him through it, and immediately began dating Olivia Munn a week after he announced his separation with Tendler.

Just two months after Mulaney started dating Munn, he announced she was pregnant. The math just doesn’t add up. I have to argue that there was overlap in the two relationships, especially because Olivia Munn occasionally would speak about how she was a fan of Mulaney even before becoming friendly with him.

Usually, I would not care about this celebrity drama — this is not a surprising turn of events for the typical celebrity— but I declare that this is a great injustice that cannot be ignored.

Tendler attended multiple schools for writing, psychology and design and became a make-up artist and hairstylist. Tendler was not an A-list celebrity by any means — she often purposefully stayed out of the spotlight. Throughout Mulaney’s career, he constantly gave props to her saying how amazing of a woman Tendler was and dedicating many moments in his routines to professing his love for her.

Mulaney threw her into the spotlight, embarrassing himself — and his now ex-wife — with the quick turnaround at the end of his marriage and the reunion with Munn.

I consider John Mulaney to be on a personal decline — this dramatic event has not painted him in a good light as he once was seen as a devoted, loving husband and now is a victim of the classic Hollywood relationship whirlwind. As far as his career, I think that this negative publicity could either offer him opportunities or turn more of his fans like me against him.

While I can no longer bring myself to connect with Mulaney as a fan, I am glad that his almost-tragic downfall story took a turn for the better by his success in rehab and the birth of his son. I most likely will continue to follow his career through “Saturday Night Live” and his Netflix specials.

It remains to be seen if the comedian behind “The Comeback Kid” can still turn it around.