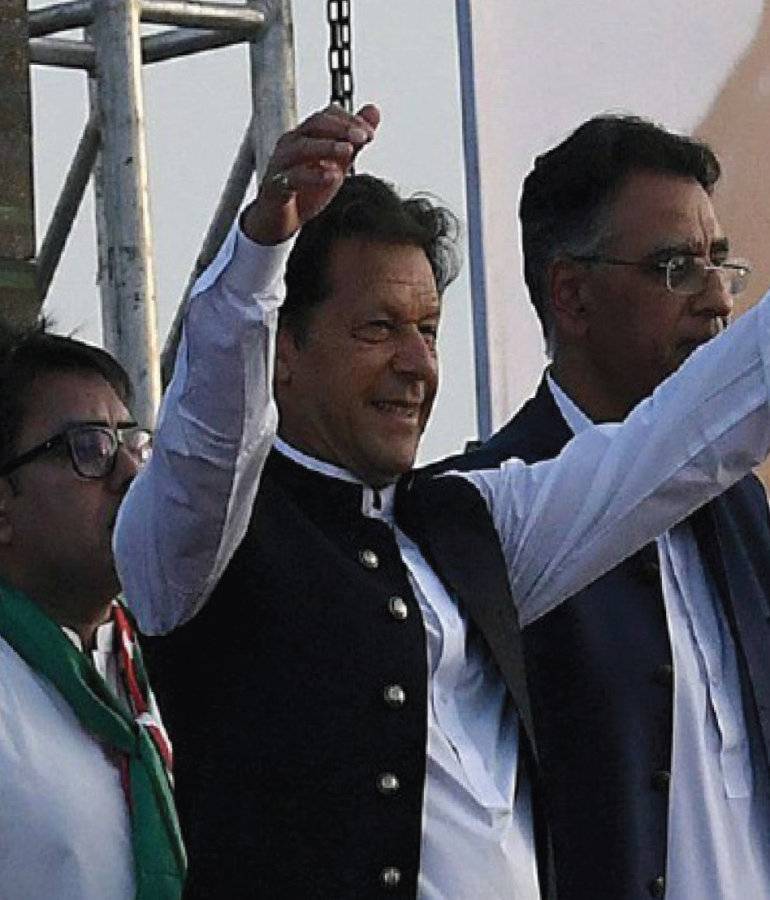 Khan has called for an early election to decide the fate of Pakistan.

On Sunday, April 3, the Parliament of Pakistan motioned toward a vote of no-confidence which would remove Pakistan’s sitting prime minister, Imran Khan, from office.

This decision came after Khan was abandoned by his coalition government, with his partnering parties and 17 of his own party members agreeing to vote against him, giving the opposition 177 votes. They would only need a simple majority of 172 votes for the motion to go through.

However, deputy speaker Qasim Suri refused to entertain the vote of no-confidence “in accordance with the constitution”. This delay gave Khan the opportunity to avoid the vote altogether by dissolving the National Assembly, plunging Pakistan into a constitutional crisis. Khan then called for an early election to take place.

Pakistan’s future now rests in the hands of its Supreme Court. The Court could overturn Khan’s decision and reject an early election, in which case Khan may be forced to face another vote of no-confidence — one he will likely lose. On the other hand, the Supreme Court could rule in his favor, or even decline to make a ruling and allow a snap election — an election that happens within 90 days of being called, prior to the regular election cycle — to be conducted.

This sudden political turmoil has launched questions regarding Khan’s capabilities to the forefront of discussions. However, Khan is still the best candidate to lead Pakistan’s government in spite of the uncertainty surrounding him.

Since entering the political sphere, exposing the ubiquitous corruption in Pakistan’s government has been a large goal of Khan’s campaign, as he demanded all those running for political office should declare how much they have paid in taxes. His call came after many Pakistani politicians were exposed for tax evasion, including former Prime Minister Nawaz Sharif, who paid only 6,000 rupees in taxes in 2011 (about $33 today).

Khan has repeatedly dedicated himself to the advancement of Pakistan’s working class. In 1994, he established Shaukat Khanum Cancer Hospital, for which he raised $25 million by combining donations and his personal funds. As Pakistan’s largest tertiary care hospital, about 70% of Shaukat Khanum’s patients receive treatment free of cost. In 2008, he established Pakistan’s first public university in his ancestral hometown of Mianwali. Graduates of this university would receive degrees from Bradford University in England, of which Khan is chairman.

Pakistan, with its lack of industry and large-scale production, has mainly depended on agriculture. Khan developed a plan to tackle this and industrialize the country. This process would enlist the help of neighboring countries such as China in order to increase per acre production and benefit farmers. Furthermore, in 2019, Khan called for the implementation of the “Ehsas” plan which would allocate 80 billion rupees (over half a billion dollars) toward the goal of alleviating poverty.

However, over the course of his term, Khan has not only observed but contributed to many problems in Pakistan’s political sphere. His inability to condemn Russia in the face of Putin’s invasion of Ukraine is his most recent contribution, with Pakistan having joined the 35 countries that abstained from voting to condemn Russia in the United Nations General Assembly. In addition to this, Khan has made a number of shocking statements while in office that he later had to retract.

In July 2021, he caused outrage by stating that increased rates of sexual assault in Pakistan were attributed to the rise of “vulgarity”. After being chastised for victim-blaming, Khan retracted his statements. “Anyone who commits rape, solely and solely, that person is responsible,” Khan said. Khan also jarringly defended the Taliban takeover of Afghanistan in December of 2021, later condemning the humanitarian crisis they created in the region and holding the government of the U.S. responsible for the formation of that crisis.

Most recently, Khan has launched a series of baseless accusations against the government of the United States, stating that they are colluding with his opposition in an attempt to remove him from power and install a government in Pakistan that will favor their interests. He spoke of a letter outlining this attempt despite constant denial from the U.S. State Department.

Khan is by no means a perfect candidate, and one of his largest flaws is his inability to take accountability for the shortcomings of his government. However, Pakistan is a notoriously difficult country to run, especially considering the fact that not one out of Khan’s 18 predecessors was able to complete their five-year term. Despite his defects and weaknesses, the fact remains that Khan is the only candidate able to help the nation as it stands now, and his removal will only plunge the country further into turmoil.