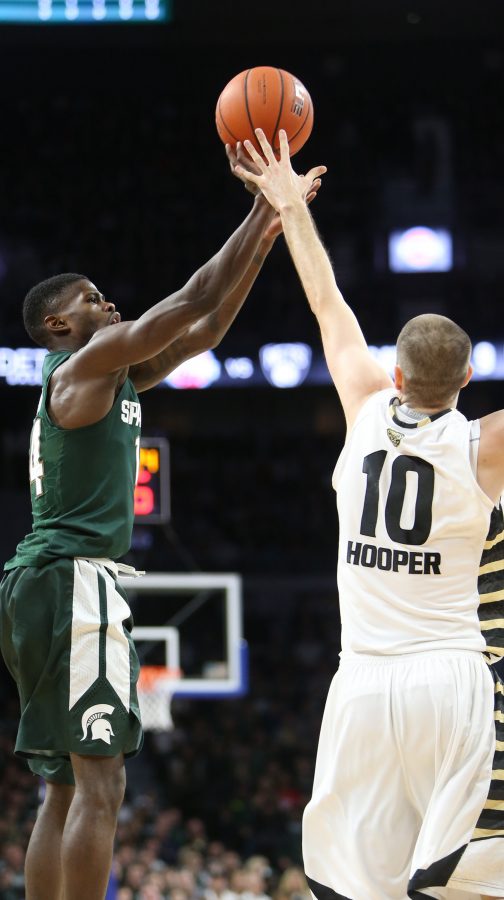 For those that do not know, Hooper is a senior at Oakland, Michigan — a mid-major college basketball program.

He is not your normal star, and from a distance it may not make sense as to why he is becoming such a household name. One quick glance at his stats and one might not understand the sensation — after all he is only averaging 10.5 points per game and very negligible marks in rebounding and assists.

The reason that Hooper has become such a celebrity is the fact that he has taken over 300 shots this season, and every sinlge one has been a three pointer.

Hooper literally only shoots three point shots. This is something that you would not find very surprising if you were watching a Wake Forest intramuaral game, as every team seems to have one — or five players — that never cross inside the three point arc and launch threes every time they touch the ball (myself included).

However, Hooper, who doesn’t shoot every time he touches the ball, is doing this in Division I college basketball.

Hooper has claimed that this odd statistic is merely a coincidence and that he is not intentionally only shooting three pointers.

This would be believable if it had only occurred in 10 games, but Hooper has been able to keep up this ridiculous streak for an entire season.

It is important to note that Hooper is an exceptional shooter, shooting nearly 45 percent on the season.

This isn’t some gag. I refuse to believe that at this point in the season Hooper is not consciously only shooting threes.

I know that if I were in his shoes I would never run out on a fast break, I would never attempt to get an offensive rebound and I would never put up a shot without absolutely knowing I was behind the three point arc.

Max Hooper, has become my basketball ideal, and I try to play like him every time I step on the court of Reynolda Gym. Keep shooting Hooper, you American hero.