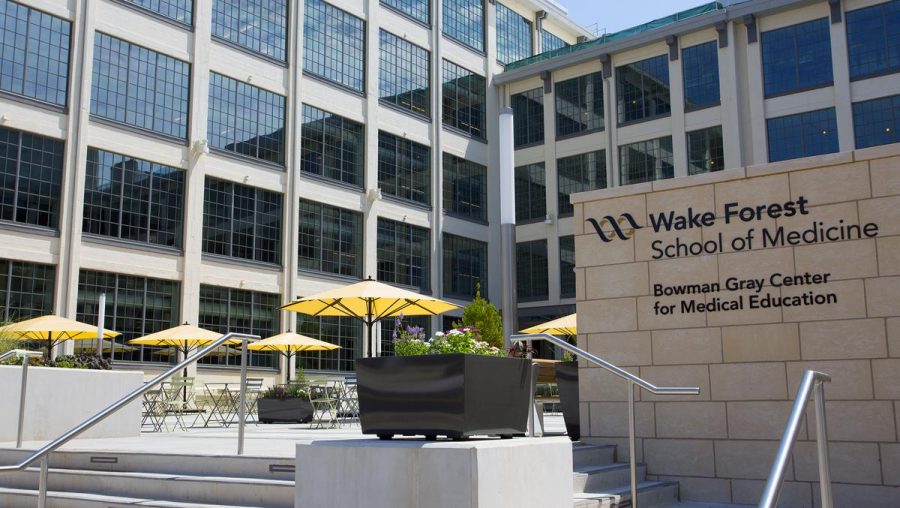 Courtesy of the School of Medicine

Del Rosario’s tweet and her account have since been deleted, and she has issued an apology to the school.

A fourth-year medical student at Wake Forest University School of Medicine, Kychelle Del Rosario, has been placed on a leave of absence “as a result of [an] inappropriate and misleading post”, according to an official statement released by the School of Medicine.

Del Rosario shared a misguiding post on Twitter on March 29 that suggested she intentionally missed the vein of a patient while drawing blood because the patient made an insensitive comment about the pronouns displayed on her nametag.

Del Rosario tweeted: “I had a patient I was doing a blood draw on see my pronoun pin and loudly laugh to the staff, ‘She/Her? Well of course it is! What other pronouns even are there? It?’ I missed his vein so he had to get stuck twice.”

Del Rosario tweeted this in response to a tweet from Dr. Shirlene Obuobi, a Ghanian-American physician, that referenced her experiences with transphobia from patients.

Del Rosario’s tweet gained attention when the account “Libs of Tik Tok” amplified Del Rosario’s tweet by posting a screenshot with the caption: “A @wakeforestmed 4th year medical student says she abused a patient because he laughed at her pronoun pin. She has since deleted her account.”

Wake Forest School of Medicine responded to another account that shared Del Rosario’s tweet, saying, “Thank you for bringing this to our attention. This student’s tweet does not reflect how Wake Forest University School of Medicine treats patients and provides patient care. We are taking measures to address this with the student.”

In its official statement, the School of Medicine said they reviewed the incident as soon as Del Rosario’s tweet surfaced. The school’s protocols require documentation of all student interactions with patients, and the school found that the description of the incident on social media did not accurately portray what actually occurred. All students must have a certified medical professional perform a second attempt of a blood draw if the first attempt is unsuccessful. The school found that Del Rosario correctly followed the guidelines.

“Our documentation verifies that after the student physician was unsuccessful in obtaining the blood draw, the student appropriately deferred a second attempt to one of our certified professionals. The student did not attempt to draw blood again.”

Del Rosario herself also explained what happened in her apology statement to the school.

“For the event mentioned in the tweet, I was performing a blood draw on a patient and during our conversation they had shown dismay at my pronoun pin,” Del Rosario wrote in her statement. “I calmly shared my thoughts about pronouns and did not escalate the situation further. When I was doing the blood draw, I missed the first time due to my inexperience as a student, and per our policy, my supervisor performed the successful blood draw the second time. During this encounter, I never intended to harm the patient.”

Her apology ends with: “I am truly sorry for poorly representing our school and our health system. I will reflect on responsible social media use as a professional and my duty to care for all my patients, regardless of any differences of belief.”