Wake Forest must be mindful of libel laws

The verdict in Oberlin College v. Gibson Bakery should serve as a learning experience for Wake Forest 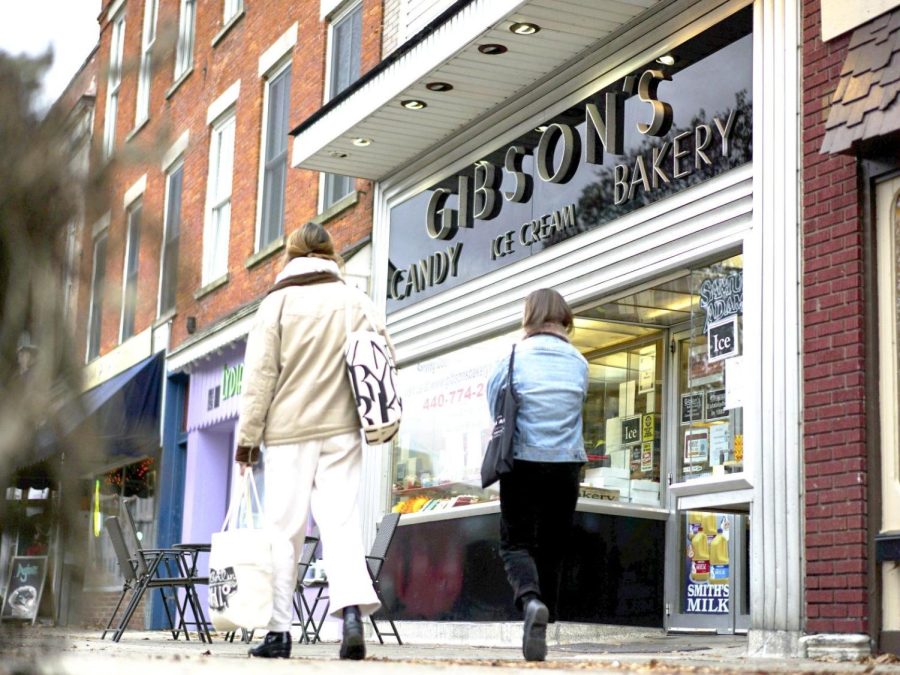 Gibson's Bakery is near the campus of Oberlin College.

In a 3-0 decision last week, an Ohio Court of Appeals panel upheld a verdict rendered in a 2019 defamation suit requiring Oberlin College to pay $31 million to Gibson’s Bakery. Barring another appeal, the liberal arts college must pay the local bakery $25 million in punitive damages and $6 million in legal fees. Gibson’s Bakery, located in Oberlin, Ohio, has been in service for more than 130 years. At the time of its initial suit, the bakery was owned by David R. Gibson and his son, Allyn W. Gibson.

The controversy in this case began on Nov. 9, 2016, when three African American students from Oberlin entered the bakery. David Gibson’s son, “young Allyn,” believed that one of the students was shoplifting and using a fake ID to purchase alcohol. The student fled the store before being apprehended by Allyn Gibson. The other two students exited the store and became involved in the altercation. Upon arrival, the police arrested the three students. The students eventually pleaded guilty, receiving no jail time in exchange for restitution, the public statement and the promise of good behavior.

Rumors quickly spread at Oberlin that the students had been racially profiled by Allyn Gibson. A protest was planned for 11:00 a.m. the following morning. A one-page flyer was prepared and distributed at the protest which charged the bakery with being a “RACIST establishment” having a “LONG ACCOUNT OF RACIAL PROFILING and DISCRIMINATION.” The flier singled out Allyn Gibson as having racially profiled the male student and having “assaulted” him.

That morning, around 200 to 300 students attended the protest. Dean of Students Meredith Raimondo and other members of the college also attended. Raimondo allegedly gave Jason Hawk, a reporter with the Oberlin News-Tribune, copies of the flier and consent to its distribution. Other administrators allegedly worked to distribute the flyers as well. Raimondo assisted students who were requesting reimbursement for items used during the protest. The college also supplied the protestors with pizza and coffee.

Later that evening, the Oberlin Student Senate passed a resolution urging students to cease all support of the bakery. The Senate echoed the remarks contained in the flyer by claiming that the bakery had a “history of racial profiling and discriminatory treatment of students and residents alike” despite having no evidence to that effect. The Senate resolution was then emailed to the entire student body and hung in a prominent display case in the Oberlin student center. The resolution remained there for nearly a year.

Neither Raimondo nor the college prevented the publication of the resolution or its display in the student center. The college refused to take any corrective measures despite requests to do so by the Gibsons. The Gibsons have lost as much as 50% of their business and been dragged into the national spotlight. The Gibsons rightly filed suit in 2017.

While the Supreme Court has historically been wary of attempts to silence otherwise constitutional speech in the guise of a libel claim (as in New York Times Co. v. Sullivan, which made it harder for public officials to sue for defamation), protections against defamation are especially important. As established in Milkovich v. Lorain Journal Co., “defamation law developed not only as a means of allowing an individual to vindicate his good name, but also for the purpose of obtaining redress for harm caused by such statements.”

While it is worth asking whether the “subjective experience [of racism can] be the foundation for a fact, as opposed to the more logical description as an opinion,” as the Cincinnati Law Review says, “the… libelous statements in this case include much more than calling the Gibsons ‘racists.’”

Without attempting to wade beyond my depth on libel law, I still find the court’s reasoning compelling. As established in Mann v. Cincinnati Enquirer, “in determining whether a statement is defamatory as a matter of law, a court must review the statement[s] under the totality of the circumstances.”

Clearly, under this standard, Oberlin College acted with the requisite negligence needed to prove liability under Ohio’s defamation laws. The college refused to take remedial measures and actively supported student protestors and the Student Senate in the publication of defamatory statements about the bakery.

Wake Forest must learn from the Oberlin decision. Each year, the university supplies funding and support to student organizations. The university enables its students to voice their opinions — leaving them at least partially liable for defamation claims. The mere existence of sanctioned platforms from which students can voice their opinions does not entitle them to absolute protection or exemption from defamation suits. While we should not aim to deconstruct a space for the free exchange of ideas, the university must be more vigilant of the publication of statements that could expose them to civil liability — or damage the lives of students, faculty and the community.