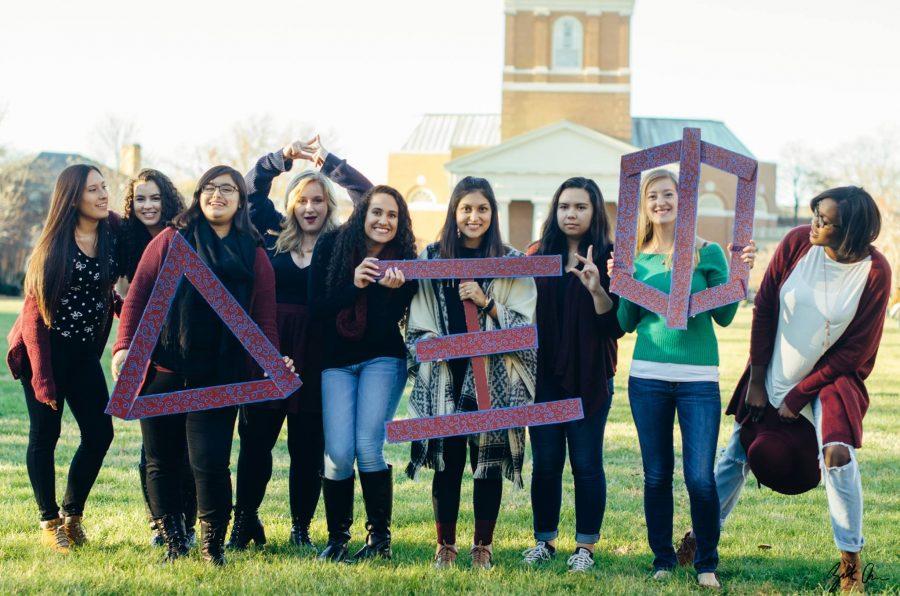 Junior Anita Patel was looking for a close-knit group that not only embraced her personality, but also her own ethnic background. She found this fit in Delta Xi Phi, the only recognized multicultural sorority on campus.

“I joined DXP because I was looking for a sisterhood,” she said.

Delta Xi Phi, originally founded in 1994 at the University of Illinois Champaign-Urbana, opened its chapter at Wake Forest on December 17th, 2011.

The sorority supports five main pillars: awareness of multiculturalism, advancement of women through higher education, sisterhood, friendship and community service. There are currently nine active members — each with their own unique backgrounds.

“Delta Xi Phi was a safe space where my ethnic background was embraced, not overshadowed,” Patel said. She explains that DXP’s multiculturalism does not just extend to the concept of race.

The sorority both exhibits and promotes the diversity of culture in the sense of its members’ further intersectional identities of ethnicity, gender, sexuality and socioeconomic status.

Sophomore Lizbeth Robledo, who joined DXP in the fall of 2015, shared how she has gotten the opportunity to learn from her sisters and their various cultures, and how much she appreciates their diversity.

She said she has learned more about the Muslim, Italian, Indian and Jamaican cultures of her sisters since joining DXP. According to Robledo, it was important for her to be part of a group where she didn’t need to change herself, and one she felt was inclusive of everyone.

It has a weeklong recruitment process with events geared towards getting to know the current sisters and potential members.

The events included cheering Wake Forest on at a basketball game, mindful coloring and tea, crafting, smoothies and a movie night. If potential members attended at least two events, they would receive an application.

When comparing DXP’s recruitment with traditional sorority rush on campus, Patel said, “I didn’t want to experience rush, and honestly, I don’t think I would have done well in the process.”

While traditional rush works for many at Wake Forest, DXP offers an alternative.

Jennifer Daye, a sophomore at WFU who attended DXP’s recent recruitment, said that it was important to her to meet people from different backgrounds she could learn from. She says that multiculturalism on a campus like Wake is very important and believes that Wake Forest needs more diversity and a stronger sense of cultural awareness. Daye says she looks forward to joining what she describes as a strong sisterhood.

When their applicants have been accepted into the sorority, they are referred to as associate members. Robledo explains that they use this term instead of “pledges” because the latter is often associated with the process of hazing. Instead, associate members participate in six weeks of bonding activities to connect with their new sisters — with each week focusing on a different pillar of the sorority.

“We do silly stuff together like have a sleepover to watch High School Musical,” Robledo said. “They don’t judge you if you’re not like everyone else—they like you for who you are.”

DXP is looking to expand its membership in the coming years and continue its mission to spread multicultural awareness on Wake Forest’s campus.

DXP’s mission is summed up in their sorority’s quote from who they  believe a strong female, Eleanor Roosevelt: “The future belongs to those who believe in the beauty of their dreams.”