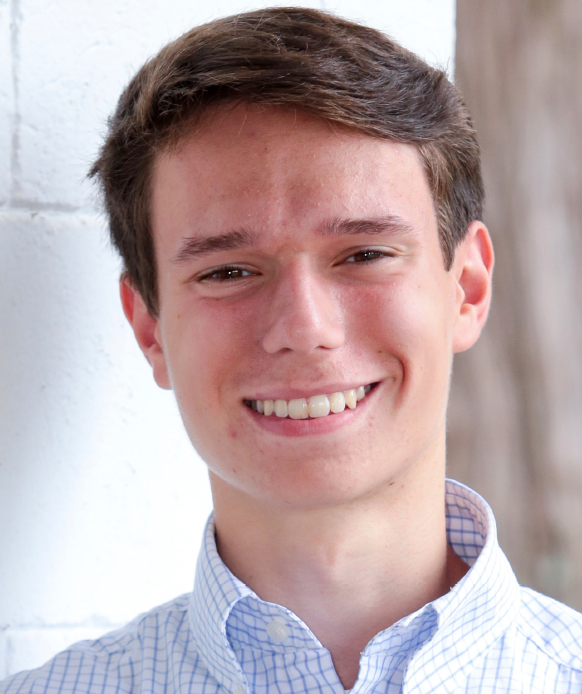 Rich Pope came to Wake Forest as a curious student looking to find his niche in academics. Coming into college, he thought he was content with biology but found himself venturing into broader sciences. With his mind open, he explored organic chemistry and physics, which opened a whole new door for him academically as he found a new love for physics. He found himself with a choice between the biochemistry and biophysics majors. He chose the latter.

“I found that the two majors were really similar,” Pope said. “But the biochemistry major lacked that physics background that I was also interested in, so I decided based on that.”

“I’ve been teaching at Wake Forest since 2001, often in larger classes with 30-50 students, likely instructing about 2,000 students,” Guthold said. “The quality of Rich’s work was at the highest level, with nearly perfect scores in all assignments and exams. It is something I only see every few years in these demanding classes; Rich is among the top five students I’ve had in all my classes.”

Guthold’s mentorship was instrumental in Pope’s decision to become a biophysics major, as he pushed Pope to continue work in the subject. With Pope’s academic prowess came opportunities to explore more in the field of biophysics. Pope partook in seven semesters of research with Guthold, investigating the effect that low-density lipoprotein, or “bad cholesterol”, has on the main structure of blood clots.

“Rich’s research provided strong evidence of a novel role that bad cholesterol has in blood clotting. It is a breakthrough discovery,” Guthold said.

This research experience was paramount to Pope gaining exposure to the biophysics field and was a large contributor to his newfound interest.

While Pope has been involved in groundbreaking research, he has also taken part in other on- and off-campus activities. He was the president of his fraternity, Sigma Pi, for a year and enjoys taking part in outdoor activities like hiking, camping and kayaking.

Pope also balances biophysics with his second major in economics. In fact, economics is the path on which Pope sees himself after graduating from Wake Forest. He has gained extracurricular experience in economics through his participation in the Wake Forest Federal Reserve Challenge Team and will be continuing his pursuit of the discipline with a job as an investment banking analyst for William Blair in Charlotte.

Though biophysics will only be supplementary to his future career, Pope has a profound appreciation for the discipline. Pope’s interest in biophysics stems from his willingness to learn more about the scientific basis for life.

“It gives a really deep understanding of every biological phenomenon,” Pope said. “Working from using physics as a base, I think it’s really interesting to see how all different types of interactions can describe things through biological phenomena.”

Guthold believes that Pope has every asset to excel beyond Wake Forest.

“It has been such a pleasure working with Rich, he was an outstanding student in class and in research, he is so quick in grasping even very hard concepts,” Guthold said. “He is humble and very dedicated to his work and helping others.”