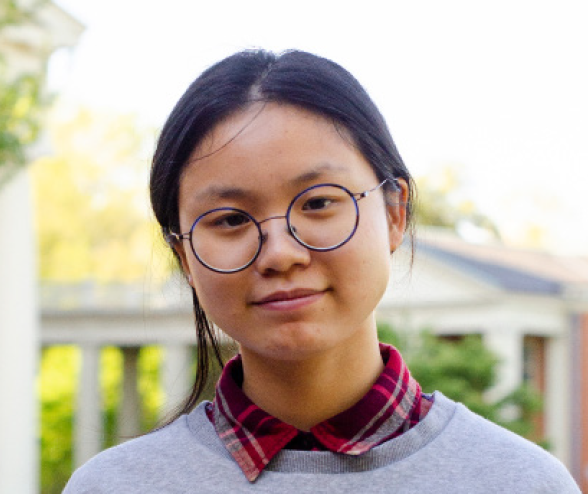 Lejiu (Julie) Sun arrived at Wake Forest from Hangzhou, China with a keen interest in history. During her first semester of freshman year, she took a seminar class (HST 343) with Drs. Qiong Zhang and Jeffrey Lerner on the Silk Road. While sitting in the library, brainstorming a topic for her final paper, Sun noticed a cup of tea on the table and started researching. After a month of composition, she finished a 25-page essay on the Tea-Horse Road as a first-year student, and Lerner and Zhang suggested she could extend it further and present it at an upcoming Silk Road conference in Reynolda Village.

By the end of her first year, she had presented on a student panel and won the David W. Hadley Prize for Historical Writing at the 100 Level from the History Department. The paper for which she won that award was later published in the Penn History Review.

The summer after Sun’s sophomore year, she was granted a Richter scholarship to conduct an on-site investigation into the history of the Tea-Horse Road in Tibet. Unfortunately, due to COVID-19-related travel restrictions that trip was delayed till summer 2021. After returning from her Richter trip, which she spent traveling Tibet for 28 days and knocking door-to-door around 33 historical sites to create primary source documentation, Sun presented her findings at the Undergraduate Research Day and the ACC Meeting of Minds conference. Sun also attended the European Institute for the History and Culture of Foods (IEHCA) International Conference on Food History and Cultures virtually as Dr. Robert Hellyer’s research assistant.

“Julie has an amazing curiosity about history,” Hellyer said. “She is always ready to seize on any opportunity to learn about the past and better understand how it has shaped our world today.”

Sun elected to conduct independent research for her thesis through the HST 392 course under Zhang’s direction.

“Julie has a tremendous drive and clear sense of purpose,” Zhang reflected. “She tackled her thesis project like a doctoral student approaching her dissertation.”

Sun described her months of research through the Richter and on her own, studying scholarly literature in English and Chinese, as well as Chinese primary sources, which prepared her well to construct a timeline and central focus.

“With such a massive amount of preliminary work already completed on her own, we were able to spend the semester on close analysis of the most relevant primary sources, testing and reshaping her argument and articulating her original contribution in relation to previous scholarship,” Zhang said. “Her rich original insights, meticulous spade work, and relentless pursuit of perfection were nothing short of inspirational.”

Sun’s thesis was awarded the Richard Worden Griffin Research Prize in Asian, African, or Latin American History by the History Department in spring 2021.

Throughout her time at Wake Forest, Sun wrote, presented and even published some of her extensive research in the field of history. She will also graduate with her North Carolina social studies teaching license after completing her minor and certification in Secondary Education, as well as a minor in East Asian Language Studies.

In addition to her impressive academic achievements, Sun has been involved in various Chinese Student Committees, working to promote the Chinese Students & Scholars Association and as a coordinator for the Chinese Historians in the United States (CHUS). Sun also serves as a library ambassador at ZSR.

“I am consistently impressed by Lejiu’s determination to understand complex sources, her commitment to economic history, and her curiosity and passion for the practice of history.” One of her graduate school recommenders, department chair Dr. Monique O’Connell said.

The recommendations paid off and in the fall, Sun will attend the University of Chicago to work towards a graduate degree in history, with hopes to pursue a Ph.D. in the future.

Correction: An earlier version of this story erroneously stated that Sun won the Griffin Prize by the end of her freshman year. She won that award her junior year.