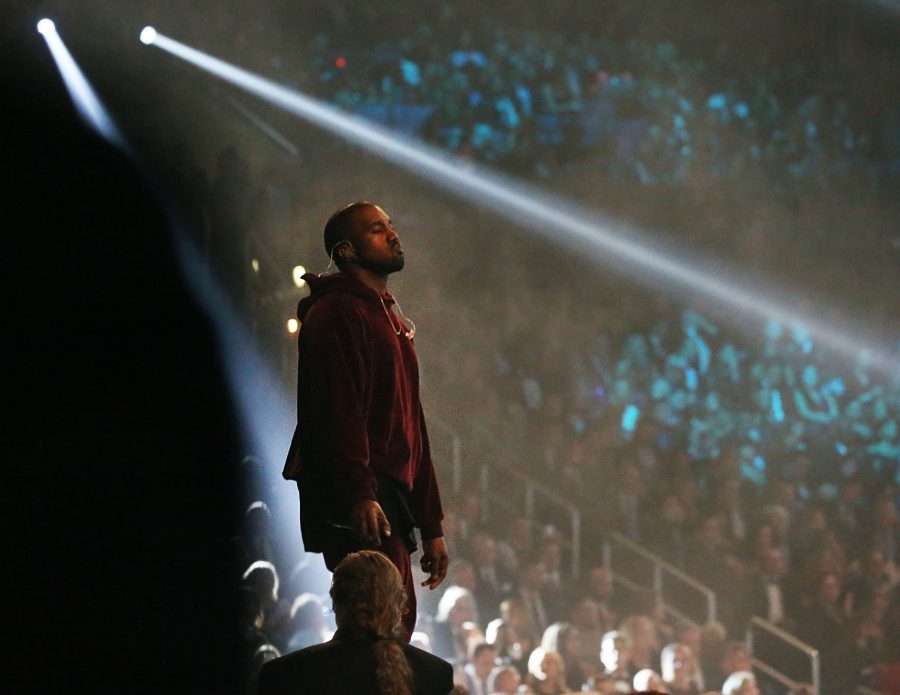 The Life of Pablo, Kanye West’s self-proclaimed “gospel album,” definitely lives up to expectations of being a very interesting album.

Coming off albums like Yeezus, My Beautiful Dark Twisted Fantasy and 808s & Heartbreak, West is back to stretching boundaries both musically and artistically. Life of Pablo is one of very few rap albums that features very heavy biblical imagery. West implements sermons from pastor Kirk Franklin, background vocals from gospel choirs, and of course controversial lines to create a work that offers a window into West’s very controversial life.

Life of Pablo starts with “Ultralight Beams,” a beautiful work that features Chance the Rapper and ends with a chilling sermon from Franklin. “Ultralight Beams” initiates the religious undertone that carries  throughout the album.

As the album progresses, the vocal performance is continued seamlessly into the second song “Father Stretch My Arms Part 1.” It features Kid Cudi and is produced by upcoming producer Metroboomin who was responsible for Drake’s popular song, “Jumpman.” The songs change tempo as the album progresses into “Father Stretch My Arms Part 2,” which features the new and upcoming artist Desiigner who has very similar style to the rapper Future. The song remixes Desiigner’s popular song “Panda.” “Famous” features the very controversial line “I made Taylor Swift famous,” which incited a Twitter storm and a disgruntled speech by Swift during her Grammy acceptance.

Personally, I am not the biggest fan of the first half of the album. “Feedback,” “Low Lights,” “Highlights” and “I Love Kanye” are generally considered the lowest-rated songs in the album. They are songs where West exhibits his hubris by experimenting with edgy beats and aggressive singing/rapping that strays from West’s classic style.

The second half is a different story. West erupts with the triumphant anthem called “Waves” which features Chris Brown and background vocals by Kid Cudi. The album progresses to “FML” where West laments his appearance as a “social villain.” “FML” features one of the best vocal performance by The Weeknd. Though The Weeknd is only on the chorus, he injects such powerful emotion which is complemented by an emotional concluding verse by West.

“Real Friends” is among my personal favorites in the album. West employs Ty Dolla $ign to join him as they both sing the chorus over a very slow melodic beat. Another of my favorite songs and possibly one of the most powerfully-crafted Kanye West songs, “Wolves,” follows. West uses a seemingly Auto-Tuned voice to sing the chorus over a very beautiful melodic beat accompanied by a slow drum beat. The song transitions into a slow piano melody that follows a chilling singing performance by Frank Ocean. “No More Parties in L.A” gives us the West that we grew to love. West and featured artist Kendrick Lamar trade verses as the two light up the jazzy track in a masterful lyrical performance, distinguishing the song as the best with respect to lyrics on the album.

Overall, The Life of Pablo is a quality album. Was it West’s best? I would have to disagree. I find the first half of the album “iffy” at points. The second half of the album is saturated with great features that are complimented by beautiful melodies and beats. There are glimpses where we see the old West that we loved in the era of Graduation and College Dropout. However, we see West is capable of producing a much better made album like My Beautiful Dark Twisted Fantasy.