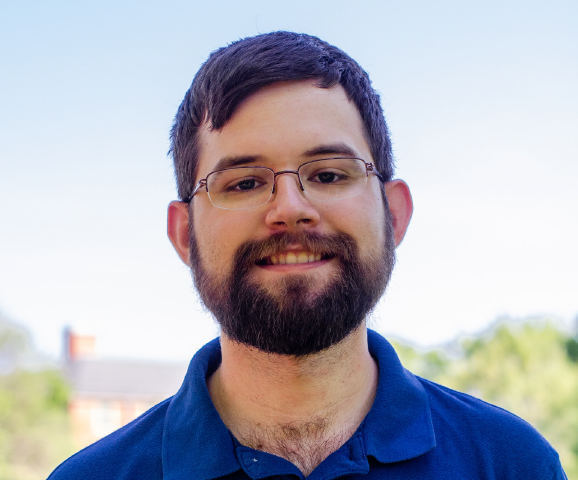 “The early periods of music, such as when Gregorian chant gave way to Organum and then to polyphony, are fascinating,” Eric Ross said of his interest in music. “Just seeing the formulations and foundations of modern western music is absolutely enthralling, especially to see how it has evolved over time.”

Ross hails from Pfafftown, NC. Although he is a distinguished major in music in liberal arts, Ross did not come into college interested in music. However, upon taking a First Year Seminar with Dr. David Levy, who taught him about Wagner’s Ring Cycle of operas, he became interested in the history and theory of music.

“Eric Ross is one of the most curious students I have ever taught,” Levy said. “His interests are diverse, both in musical scholarship and performance.”

Since then, Ross has greatly developed his involvement in musicology, studying the “Lord of the Rings” films for the summer 2021 Richter scholarship, supervised by Dr. David Geary.

“I was reading the books and thought back to the film scores and noticed some similarities which I thought were too on-the-nose to be purely coincidental,” Ross said. “I went back, did scores study, watched the films, took copious notes about the music I was hearing and distilled that into a paper about the music and its extra-musical associations for the villains.”

This project allowed him to pursue the study of music as associated with narrative-building and storytelling. He is particularly taken by the ability of music in film to convey events contributing to the plot which aren’t actively seen on screen or mentioned by the characters, as well as its ability to create an atmosphere and change the dynamic of a given scene and play a significant role in “world-building”.

“I taught Eric for three classes (Music Theory I, II, and IV) and supervised his summer 2021 Richter Scholarship research project (analyzing the villainous themes in Howard Shore’s The Lord of the Rings trilogy),” Geary said. “In all of these settings, Eric showed a deep passion and knowledge about music and history. I believe these attributes, among others, will lead him to continue flourishing next year while he pursues a Master’s in Musicology degree in at Indiana University.”

Ross hopes to develop this project further post-graduation, aiming to continue it into graduate school and expand into the entire cast of characters in “Lord of The Rings”. Besides this, his ultimate goal following graduation is to become a distinguished professor of musicology. He aims to learn more about the professional field of music and gain a clearer idea of how it functions, and how the profession is carried out.

The study of music has largely shaped Ross’ academic journey, allowing him to improve his research and critical thinking skills regarding music and extra-musical meaning and associations. In particular, musicology has taught him the value of patience.

“You’re trying to plot a course through all of the material you’ve been given to find a deeper meaning within,” Ross said. “It takes a while to be able to do that.”

In tandem with his deep interests in musical theory and history, Ross has maintained a significant appreciation for playing music, an appreciation which he attributes to his flute professor, Dr. Katheryn Levy.

“Eric’s inquisitive mind and intellect, combined with his fine performance skills, touched all of us in the Department of Music,” Katheryn Levy said.