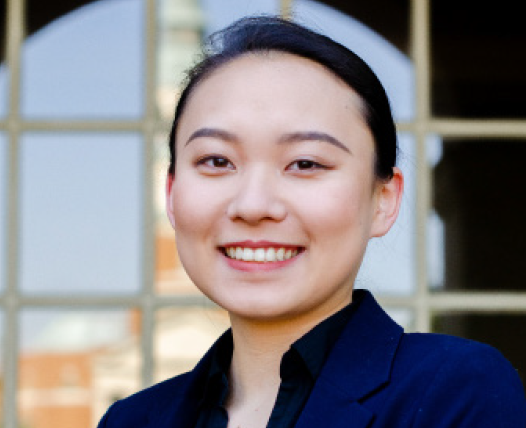 Renate Ma is a chemistry major from Rocky Mount, NC, who epitomizes Wake Forest’s undergraduate pre-medical program. Although from a young age, Ma wanted to be everything but a scientist, now she hopes to use her skills in the medical career field as she transitions into the Wake Forest Medical School in July.

Ma’s journey began in high school when she took an AP class in organic chemistry with a teacher who worked at DuPont.

“He helped me understand that chemistry is enjoyable and that it can be interesting,” Ma said. “It clicked in a way for me that I don’t think it did for other people.”

It wasn’t all at once that Ma fell in love with chemistry. It was a continuous process that took root in her years as an underclassman in organic chemistry classes.

“[Chemistry] is a lot of work to go on. It’s very spatial. There were a lot of aspects that involved visual imagination and modeling that I wasn’t expecting to be good at,” Ma said. “It exercised my mind in a way that I wasn’t used to and was something that I really enjoyed my freshman year.”

In the second semester of her freshman year, Ma declared her major in chemistry. She has benefited from many helpful advisors and faculty members, including Drs. Angela King and Ulrich Bierbach.

Ma found enjoyment in chemistry courses such as medicinal chemistry and fibers and dyes.

“CHM 351, Special Topics in Chemistry, allowed Renate to showcase both her skills at synthesis and mechanisms as well as her artistic nature and creativity,” King said. “She dyed embroidery floss throughout the class and beautifully embroidered the chemical structure of dyes that produced each color of thread.”

Ma’s accomplishments extend further beyond the chemistry department. She has worked as a student adviser throughout her college experience and has volunteered for Campus Kitchen, a non-profit organization that repurposes food. Ma also has worked for the Wake Forest Emergency Medical Services (EMS) for most of her college career and has served in the county EMS unit.

One of Ma’s favorite activities is dancing, which she pursues through her involvement in the Wake Forest Dance Company, and the Ballroom Dancing Club, of which she was formerly president.

Ma’s undergraduate experience has also included academic interests other than chemistry. She is passionate about classical literature and philosophy, which she has spent much time studying.

“I like the atmosphere, it’s more collaborative with a focus on narrative,” Ma said. “It’s nice to have a different type of intellectual involvement. Having both of them keeps me interested and sane.”

“Renate has what I call a ‘live mind,’ as if you can see her brain whirring and tell that she’s already three steps ahead,” said Dr. Emily Austin of the Philosophy department. “She does not merely read the text—she explores its nooks and crannies, looks under it, sees beyond it.”

When asked about advice that she could give to younger students in the pre-medical program, Ma reflected on a common misconception that many students have at the beginning of their careers.

“One of the misconceptions that I had coming in was that PIs or professors would want older, more experienced students for research,” said Ma. “But that’s not the case. Don’t be shy to email people and say ‘I’m interested in your research’. Get involved early so that you can work for a longer period of time.”