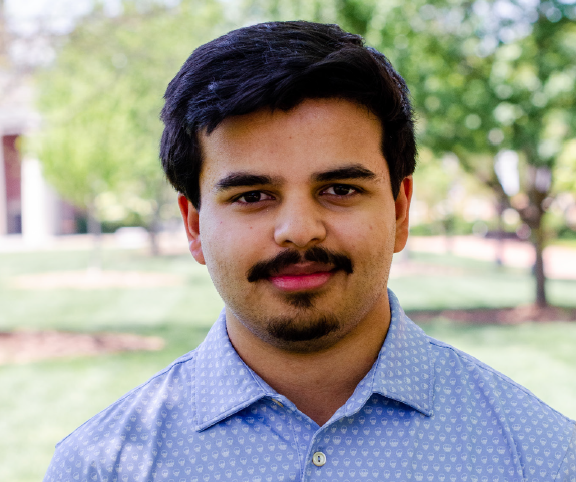 Ashrut Sood has spent over half of his academic career in a Latin classroom. He began taking Latin in sixth grade. However, majoring in Latin or classical languages, which combines Latin with Ancient Greek, was not on his radar coming into Wake Forest.

“It started off as a way to fulfill the language requirement,” Sood said. “But then I really came to appreciate and admire the faculty in the Classics Department. They’re really receptive, and they tailor their classes to fit what the students are looking for. It’s not just that they’re just going to be preaching at you.”

In the spring of his junior year, Sood realized he was close to completing a classical languages degree — described by faculty as the most prestigious degree the Classics Department offers — and changed his major over from Latin.

“I think it’s important to keep preserving the tradition of studying these ancient languages because not too long ago, in the middle of the 20th century, almost every kid had to learn Latin as they grew up,” Sood said.

He continued, “I think that’s been forgotten a lot. People are way more focused on modern languages, which obviously are very important, too, but I think in every school there should be the ability to take Latin and/or Greek.”

“Professor Lather does an amazing job of introducing people to ancient Greek, and she is also aware that it takes a lot. I would say Greek is a lot harder than Latin, but the way she shows us, it’s very digestible and it isn’t overwhelming at all.”

“He’s a diligent and enthusiastic student and a delight to have in the classroom because of how he is always willing to engage in class activities and to help his peers,” Lather said. “He also has consistently proven himself to be more than willing to rise to challenges, and there are many of those in learning ancient Greek!”

Lather continued, “We will miss having Ashi around the department, but he has been a great student in all the time I’ve known him.”

Another of Sood’s favorite professors is Dr. Michael Sloan, who was Sood’s Intro to Latin Prose (LAT 212) professor and is now his thesis adviser.

“Professor Sloan’s a really interesting guy,” Sood said. “I would take as many classes as I could with him.”

Sood also noted his belief that the future of the Wake Forest Classics Department is bright, especially compared to other departments in the United States.

“When you look at a lot of other college classics departments around the country, a lot of them are sort of withering away in a sense,” Sood said. “They’re decreasing the amount of faculty, but at Wake Forest, we’re actually hiring new professors and opening new tenure tracks for classics professors.”

Outside of the classroom, Sood says he enjoys attending Wake Forest sports games with his friends. He recalled an anecdote from the 2021-2022 basketball season that was particularly memorable.

“I came back early from winter break, and I drove through a snowstorm,” Sood said. “I got stuck a couple of times, but we made it just in time so that the next morning we could go to the Wake Forest-Syracuse game. And the team came back and won in overtime, which was pretty cool.”

Whether it be cheering on the Demon Deacons on the basketball court or football field, or studying the works of ancient Greek and Roman authors, Sood reflects on his Wake Forest experience with fondness.