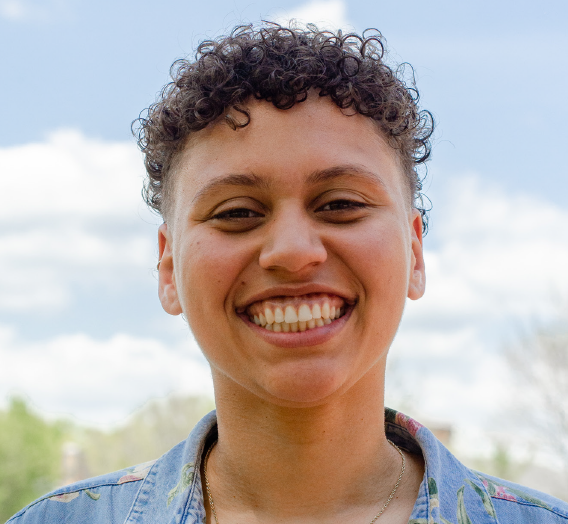 Like many freshmen at Wake Forest, Leilani Fletcher started out on the pre-medicine track. However, after taking an introductory chemistry class Fletcher realized that this track was not for them.

“I was a stereotypical freshman who thought I was going to do pre-medicine,” Fletcher said. “I thought, ‘yeah, [I’ll] be a neurosurgeon … make all the bucks.’ I thought I [would be] a [Chemistry] major or a [Biochemistry] major. And then I did [horribly] in General Chemistry.”

They continued: “I also got exposed to more activism on campus and involved with [incredible] faculty — I was involved in a lot of anti-racism [and] equity efforts, spearheaded by the anti-racism coalition at the time. I realized to not engage in subjects [in which] I thought, ‘okay, I have to do this.’ I thought I was really interested in psychology for a while, but it felt more like external pressures rather than something I was internally motivated to do. So that’s kind of what made that switch happen.”

It was Fletcher’s activism efforts that introduced them to Religious Studies, a subject in which they had little interest coming into college. Growing up in New York City with a family that was somewhat spiritual but not religious, Fletcher described their relationship with religion in childhood as casual. When they came to Wake Forest, they assumed that the Religious Studies major was just a pathway for students hoping to enter divinity school.

However, after meeting Dr. Tanisha Ramachandran, Fletcher was encouraged to take classes in the department. Fletcher’s first Religious Studies class, Social Justice in Islam, had a powerful impact. By their sophomore fall, they were “enamored” with the department and knew that they had to stick with it.

“The perspective [these classes] took of analyzing systems of oppression through sociological lenses … that recognize religion [as] an institution was so unique,” Fletcher said.

“[The department] was fascinating. It also gave [me] space to explore the existential questions that people think about.”

Through Religious Studies, Fletcher has not only learned about the reach and impact of religion as an institution, but also come into contact with people of incredibly different backgrounds — people who they wouldn’t have met otherwise.

“The department is a space where I’m engaging with so many different people,” Fletcher said. “It’s interesting seeing how our different positionality [affects] how we view the subjects. New classes can [often] be an echo chamber [of] the same thoughts [where] everyone is afraid to rock the boat. It’s nice being in a very collaborative environment [with] a bunch of different, fun perspectives.”

Fletcher’s experience in the department has been incredibly positive. When asked to pick a favorite class they had taken, they were unable to choose just one, citing both Gender, Sexuality and Religion and Theoretical Approaches to Religious Studies as favorites. These classes allowed Fletcher to exercise their passion for social justice and advocacy and think about religion in ways that they never had before.

“I cannot separate any social construction or institution from religion … [it is exciting] to [put] on extra goggles and see all the internal layers of what’s happening in society,” Fletcher said. “[I’ve been] able to intertwine my passion for social justice, helping and uplifting people in a field that has oppressed me as an individual. My personal relationships [have allowed me to] flip the script and realize [that] religion can be a source of empowerment.”

Fletcher’s experience has also been defined by their close relationship with Ramachandran, who they described as their mom on campus.

“Dr. Ramachandran has been a rock for me since my first year at Wake Forest. I can break down in their office, I can share a laugh with them,” Fletcher said. “It’s a very genuine, authentic relationship — I feel honored and grateful because this person is so invested in my success. She also appreciates my words of wisdom, the mentorship is reciprocal.”

Ramachandran had similarly glowing things to say about Fletcher.

“I [have] witnessed Leilani’s dedication to social justice through their unique writing voice and commitment to activism,” Ramachandran said. “While I am proud of their progress and transformation throughout their years here, I am even more proud of the manner in which they challenged racist and heteronormative practices at Wake Forest… I have no doubt that Leilani will continue to affect change throughout their post college life.”

Fletcher would like to see continued growth from the department and a more diverse faculty. After graduation, Fletcher plans to work at the LGBTQ Victory Institute in Washington D.C. as a programs associate, building on their previous experience as a congressional intern, as well as their work at the LGBTQ Center at Wake Forest. Fletcher looks forward to taking on a mentorship role and continuing to advocate for inclusive programming for queer students.